PFAS Rain: New research from the University of Stockholm warns that the unsafe levels of PFAS “forever chemicals” found around the globe suggest that rainwater anywhere on Earth is no longer safe to drink. PFAS chemicals – tiny plastic particles found in everything from food packaging to cookware – are known to cause serious health problems including cancer, infertility, and birth defects. 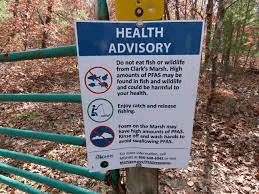 Congress is poised to pass the Inflation Reduction Act this week and President Biden is expected to sign it into law early next week. It is the largest investment in clean energy in the country’s history with the potential to reshape our electric power sector for the better — but it is only a first step in attempting to combat the climate crisis.

Harmful provisions will expose primarily Black and brown communities to harmful pollution. The battle to address the climate crisis is not so much over as it is only beginning. As New Republic columnist Kate Aronoff puts it:

Multiple things can be true at the same time. The Inflation Reduction Act — the first piece of climate policy to pass the Senate ever — is a historic achievement and vitally important given that Democrats may not get to govern again for a decade. It also consigns more people to living next to more fossil fuel infrastructure for longer; in many cases, that means consigning more people — predominantly poor people, Black people, and brown people — to disease and death. We don’t fully know what the bill will do. The IRA’s passage doesn’t close the book on U.S. climate policy so much as open it. As ever, the best guides to navigating what comes next will likely be the people who won it in the first place, and who’ll have to live the closest to its consequences.”

To ensure the modeled emission reductions actually happen, we must combat the permitting reform deal that is expected to be included in the omnibus government funding package in September. A “side deal” struck between Sen. Manchin, Leader Schumer and Speaker Pelosi could greenlight even more fossil fuel projects that could nullify many of the clean energy gains promised in the bill. On the flip side, clean energy projects including transmission lines, solar and wind projects also need to be greenlit at a faster rate to make the green transition, but it cannot come at the expense of more fossil fuel infrastructure.

Congress must reject reform that expedites fossil fuel infrastructure – there is no safe climate with more pipelines and export terminals. Michigan LCV will be working diligently to ensure the harms are reduced as much as possible and that the benefits of this bill are maximized for frontline/BIPOC communities.

While the Inflation Reduction Act is poised to pass the House and get signed into law by President Biden, there is still much more work to be done. Included in the bill, alongside a massive investment for renewable energy, are incentives for increased fossil fuel production and infrastructure. Provisions that maintain or expand fossil fuels pose terrible threats to minority and low-income communities already burdened with disproportionate health impacts from pollution.

Moving forward, we must continue to hold our utility companies and polluters accountable in Michigan, especially when it comes to the implementation of clean and renewable energy solutions – like solutions provided in the Inflation Reduction Act.

This fall, DTE Energy will file its next Integrated Resource Plan (IRP), a legally-required description of which energy sources the company plans to use over the next five-plus years. Prior to submitting the plan to the Michigan Public Service Commission, the company is soliciting input from the public on what the plan should look like. DTE’s IRP will come on the heels of Consumers’ Energy Integrated Resource Plan in which Michigan’s other major electric utility promised significant emissions reduction and a clean energy rollout.

Experts agree that in order to achieve a 100% clean economy by 2050 and other climate goals outlined in Governor Whitmer’s MI Healthy Climate Plan, we need Michigan’s power sector to reach carbon neutrality by 2035. Both DTE and Consumers Energy must implement aggressive decarbonization plans now.

While DTE has historically lagged behind Consumers Energy and other utilities in transitioning to clean and renewable energy sources, (DTE is currently listed in the top 25 most carbon-emitting utilities nationally) the upcoming IRP presents an important opportunity for Michiganders to influence how the utility will source its power moving forward and help Michigan achieve its climate goals.