In DTE’s most recent rate case, the company proposed halving the amount of money rooftop solar customers would receive when they sell their excess energy back to the grid from roughly 8 cents per kilowatt hour (KWh) to 4 cents per kWH. On average, DTE customers pay 17.86 cents per kWH, meaning solar producers are already credited less than the fair market value for the energy they produce.

Over the past several years, Michigan LCV has worked with a coalition of energy industry experts, environmental advocates, and independent rooftop solar owners to eliminate Michigan’s arbitrary 1% cap on rooftop solar. The 1% cap hamstrings our state’s ability to invest in clean, affordable energy, grow meaningful careers in the solar industry, and fight climate change.

Unfortunately, bills to eliminate the cap, including this session’s House Bill 4236, have been stalled in the Legislature for years amidst strong opposition from DTE and Consumers Energy. In their arguments against lifting the cap, the companies have claimed that while they support their current customers with rooftop solar, eliminating the cap would cause “cost-shifts” and raise rates for other customers. In multiple public hearings and written statements, Public Service Commissioners and staff have repeatedly asserted these claims to be false. 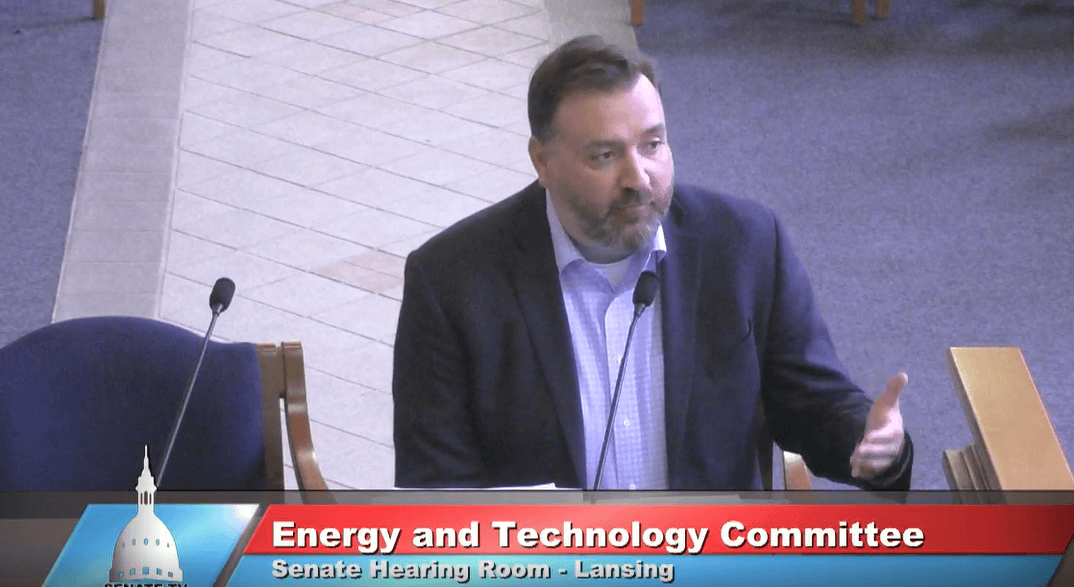 Michigan Public Service Commission Operations Director, Mike Byrne, said at a September Senate Energy Hearing “From the standpoint of the Commission… there is not a cost shift.”

You can learn more about our fight to expand rooftop solar and clean energy by visiting our website.

This week, both the House and the Senate passed their separate budget proposals along party lines. As is typical during the appropriations process with divided government, both chambers of the legislature altered the Governor’s executive recommendations significantly. However, the Republican-controlled Senate’s budget notably left over $2B on the negotiating table — purportedly to make room (and to establish leverage) for damaging, large-scale tax cuts. Click here to learn more about the House, Senate, and Governor’s budget recommendations.

MLCV in Action: MLCV and the City of Grand Rapids Present on Green Infrastructure

Last Wednesday, Michigan LCV’s Government Affairs Director, Nick Occhipinti, was invited by the House Subappropriations Committee on Transportation to testify on the importance of green infrastructure as it relates to flood mitigation. Nick presented alongside Rep. Rachel Hood, Amy O’Leary from Southeast Michigan Council of Governments, and Carrie Rivette from the City of Grand Rapids, who has been a statewide leader in the deployment of green infrastructure along roadways and waterbodies.