This year, Michigan LCV was joined by representatives from other allied organizations including the Natural Resources Defense Council, the Sierra Club, the Michigan Environmental Council, and the Energy Innovation Business Council. Pictured below (from left to right) are MEC’s Conan Smith, Charlotte Jameson, and Abby Wallace alongside Michigan LCV’s Government Affairs Team, Hallie Fox and Nicholas Occhipinti. 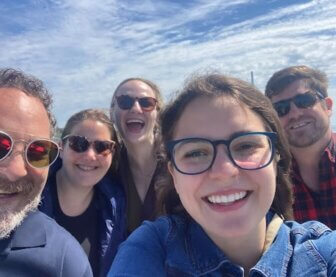 Other highlights and hot topics from this year’s Mackinac Policy Conference include: