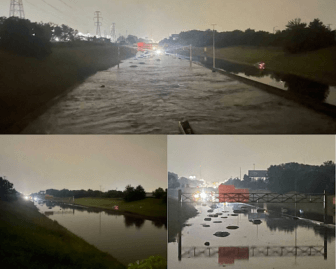 Public opinion and attitudes on the need for climate action has never been stronger, as demonstrated in poll after poll. A recent POLITICO Morning Consult Global Sustainability Poll found the majority of adults in 13 countries surveyed (including the United States) believe their governments and the private sector are not doing enough to address climate change. Furthermore, strong majorities responded that they are experiencing the accelerating impacts of climate change, and want to see bold climate action. 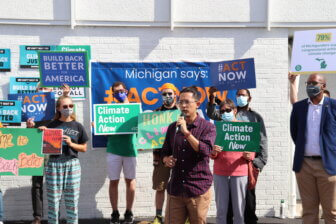 More polling from Evergreen Action also suggests that U.S. voters are concerned – 81 % of voters believe the federal government and large corporations have a responsibility to address the climate crisis – while 73% of voters see climate change as a threat to the U.S. economy.

Although the flame of Build Back Better dwindles, bold climate action is not a lost cause. Over the coming months, Democrats in Congress will have a chance to pass robust climate legislation under a new name and secure the investments we need to meaningfully address climate change.

Despite uncertainty surrounding the path forward for Build Back Better, Michigan LCV and climate action partners continue to work to build support for bold climate action in Washington. 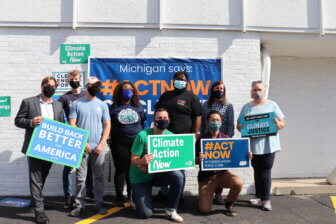 On Saturday, February 12th from 1 – 2 PM, Michigan LCV is joining Moms Clean Air Force and Sierra Club for a Valentine’s Day rally on the steps of the Capitol in Lansing to show support for the Build Back Better Act and the elected climate champions who support it.

We encourage you to sign up and bring your climate action signs and swag as we make our voices heard. We hope you can join us!