Welcome to the September 8, 2022 edition of Three Things Thursday! This week’s installment includes a look at recent gubernatorial actions, some important news on Line 5, and two reasons to support our upcoming Detroit Gala.

Before jumping in, three cheers for Michigan’s Supreme Court, which, per the Detroit Free Press…

…ordered the state’s elections panel to certify a voting rights amendment for this fall’s ballot, giving Michigan voters a chance to weigh in on a wide-ranging proposal that would establish at least nine days of early voting; require state funding for absentee ballot postage and drop boxes, and codify existing voter ID rules, among other changes.

It is undisputed that there are sufficient signatures to warrant certification,” the order states.

This was an expected and celebrated decision by our state’s highest court.  Onward to the November elections, with the Michigan LCV team working every step of the way to make sure this important voting rights ballot initiative gets across the finish line!

As we all know, the United States must drastically reduce carbon emissions to avoid the worst impacts of the climate crisis and protect our communities. While the recently passed Inflation Reduction Act (IRA) contains many provisions and hundreds of billions of dollars of benefits that will help families reduce energy costs and implement clean energy alternatives, it is essential that additional actions are taken to draw down greenhouse gas emissions beyond what the new law can accomplish.

The upper range of early projections show that the Inflation Reduction Act could help reduce U.S. greenhouse gas emissions up to 40% compared to 2005 levels by 2030, 10% less than the 50% reduction of emissions that climate scientists agree we must achieve to avoid the worst impacts of climate change. While options remain at President Biden’s disposal, a whole-of-government approach will be integral to achieving emissions reduction goals, and Michigan is already leading the way.

On Tuesday, the governor signed the Lower Costs for Families Executive Directive, which will ensure Michigan takes full advantage of tax credits and benefits in the IRA, thus helping lower costs for Michigan families for energy, prescription drugs, and health care.

On Wednesday, Gov. Whitmer signed the Create Jobs Executive Directive, which will help Michigan build on its mobility and clean energy leadership, and boost economic growth and competitiveness, while creating hundreds of thousands of good paying jobs.

And just today, the governor announced a $375 million investment in Thomas Township that will help Hemlock Semiconductor Operations modernize and expand manufacturing of hyper-pure polysilicon, which is essential for the solar semiconductor industries.

In tandem, the second executive directive and the investment in polysilicon manufacturing will help Michigan accelerate deployment of clean energy, create jobs in communities across the state, and further reduce carbon emissions across the board.

This is the kind of leadership we need at all levels of government if we are to truly tackle the existential threat of the climate crisis. Michigan LCV is proud of Governor Whitmer who continues to take strong stands on climate change and water protections as she works simultaneously on her 2022 re-election campaign.  Please know the Michigan LCV team is working hand-in-glove with her team, both on the policy side to ensure continuous action to protect our air, land and water, and on the electoral side to ensure victory on November 8th. The time is NOW.

As the fight over the future of Line 5 continues, so does Michigan LCV’s work to protect our Great Lakes and permanently eliminate the threat of an oil spill in the Straits of Mackinac. 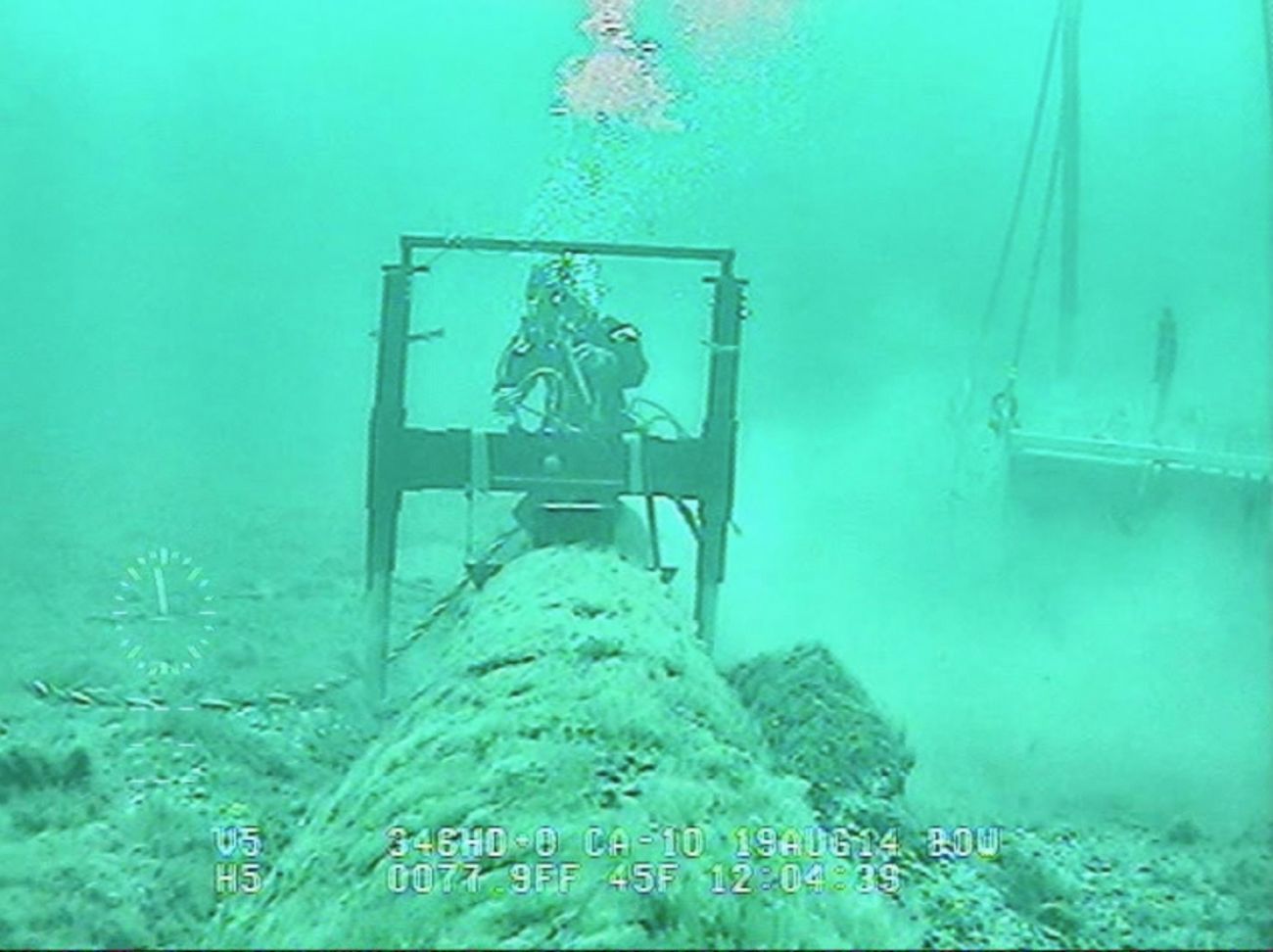 After ignoring Gov. Whitmer’s shutdown order of the Line 5 pipeline last spring and continuing to operate the pipeline illegally, Enbridge Energy proposed the construction of a so-called tunnel that would house the pipeline and keep their oil (and profits) flowing. As you know, the tunnel is not a real solution – independent tunnel experts have raised major safety concerns about the proposal and economic studies have shown that we already have viable alternatives to Line 5.

After being granted a permit, Enbridge’s proposed tunnel is now the subject of an U.S. Army Corps of Engineers Environmental Impact Study (EIS), which is required by the National Environmental Policy Act. As part of its environmental review process, the Army Corps is holding several virtual and in-person hearings – including one in St. Ignace this evening – and is accepting written comments through October 14 to gather public input on the proposed tunnel and the future of Line 5.

The Army Corps’ public comment period represents an important moment for Michiganders to make our voices heard. For this evening’s hearing, Oil and Water Don’t Mix bussed people up to St. Ignace to make their voices heard about the dangers of maintaining Line 5 and keeping oil flowing through one of the most ecologically sensitive areas in the world. Please know many members of the Michigan LCV family are in St. Ignace this evening, including board member Lana Pollack who provided public comment, and our videographer Samantha Schubert who captured so much of the action on film.  Stay tuned for highlights from this evening’s hearing coming soon!

In addition to another virtual hearing on October 6th, you can submit a written comment here and tell the Army Corps that we must shut down Line 5 for good.

With a chorus of voices coming together to build momentum for a permanent shut down, both here in Michigan and in Wisconsin where Line 5 passes through the Bad River tribal land, we are at a critical juncture in this battle to protect our amazing Great Lakes.  In what could be a monumental legal decision, U.S. District Court Judge William Conley in Wisconsin ruled today that “Enbridge Energy has been trespassing on Bad River tribal land for almost a decade” after leases for portions of Line 5 that run through the tribe’s land expired in 2013. As part of the ruling, Judge Conley ordered Enbridge to compensate the Bad River band with a portion of Line 5 profits earned since the lease expired to present day.  While the ruling does not mean Line 5 will be immediately shut down, it is an extremely positive development with enormous implications for the company.  Big thanks go to Michigan LCV board members Riyaz Kanji and Bruce Wallace for all that they have done and continue to do in relation to the Bad River Band’s legal battle with this monstrous petrochemical corporation.

As I mentioned last week, the Michigan LCV team is gearing up for our 10th Annual Gala in Detroit later this month! This year’s event will be held on Thursday, September 29 at 6:30 PM at the Gem Theatre as we recognize and celebrate people making real change to protect Michigan’s land, air, water, public health, and democracy.

As the representative of Michigan’s 12th Congressional District, Congresswoman Dingell continues to lead on critical issues, including clean energy and water, domestic manufacturing and supply chain resilience, and protecting our wildlife and natural resources. 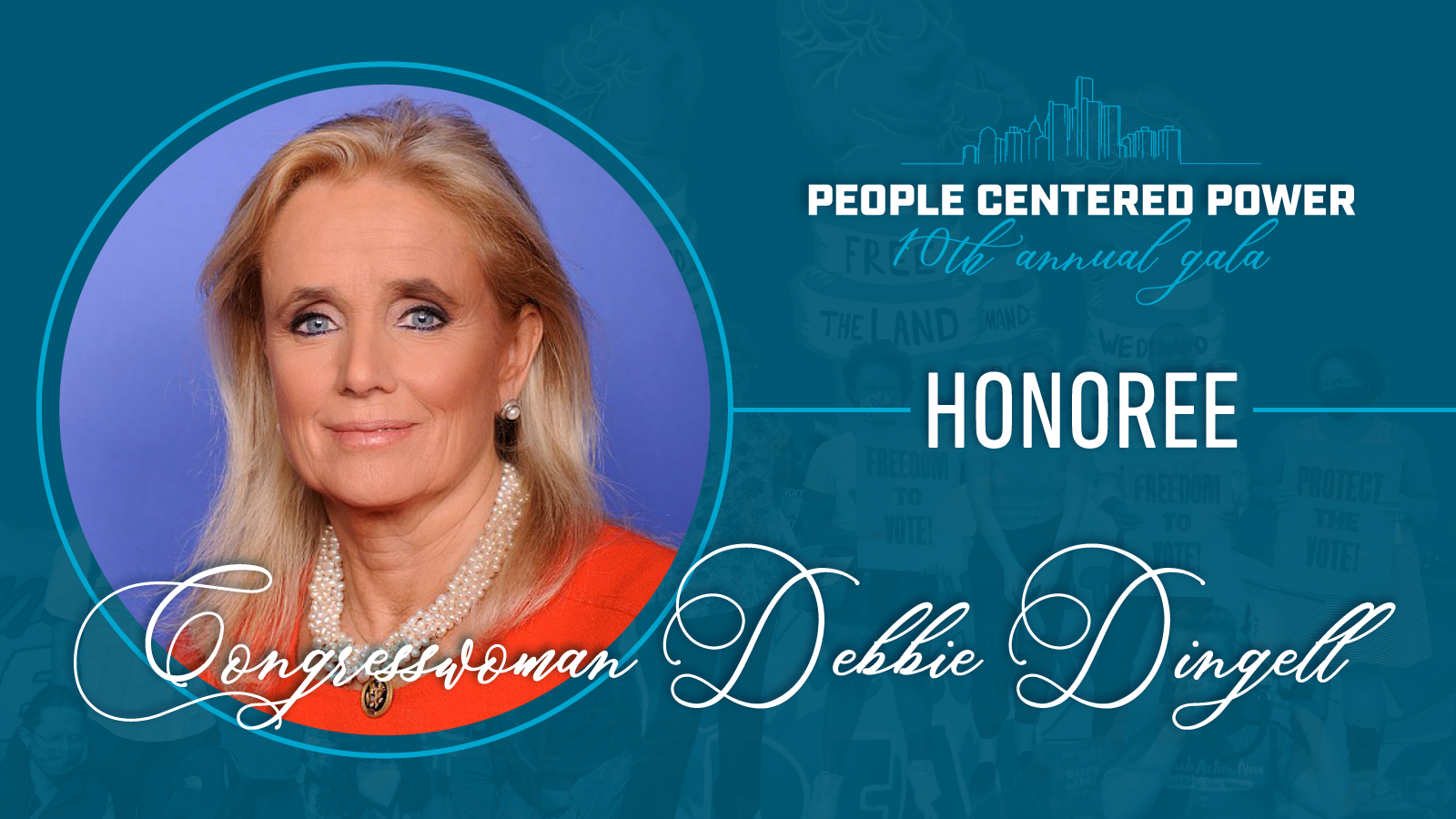 Recently, Congresswoman Dingell worked together with the White House, the auto industry, auto workers, and environmentalists to formulate the Biden Administration’s initiative to ensure that 50% of our vehicles are zero-emissions vehicles by 2030. She has also worked to lead the fight against PFAS contamination, spearheading numerous actions to address this dangerous toxin, including the drafting of the PFAS Action Act. Additionally, Congresswoman Dingell has continued her late husband’s work to champion the Detroit River International Wildlife Refuge and its John D. Dingell Jr. Visitor Center, creating a special outdoor space for Michiganders, while also protecting natural resources.

Garret Ellison is an award-winning Michigan journalist and enterprise reporter who covers the environment, natural resources, and the Great Lakes. After starting his career as a business reporter for the Grand Rapids Press, Garret has thrown himself into top-notch reporting on toxic PFAS chemicals and the impact of PFAS contamination on Michigan’s people and environment. His reporting has directly influenced state and environmental policy, as well as the creation of Michigan’s first state-specific drinking water standards for these harmful chemicals. In addition to his work on PFAS contamination, Garret received the national Public Notice Journalism Award for his reporting that broke the story on Nestle Waters North America’s attempt to obtain more Michigan groundwater for bottling. 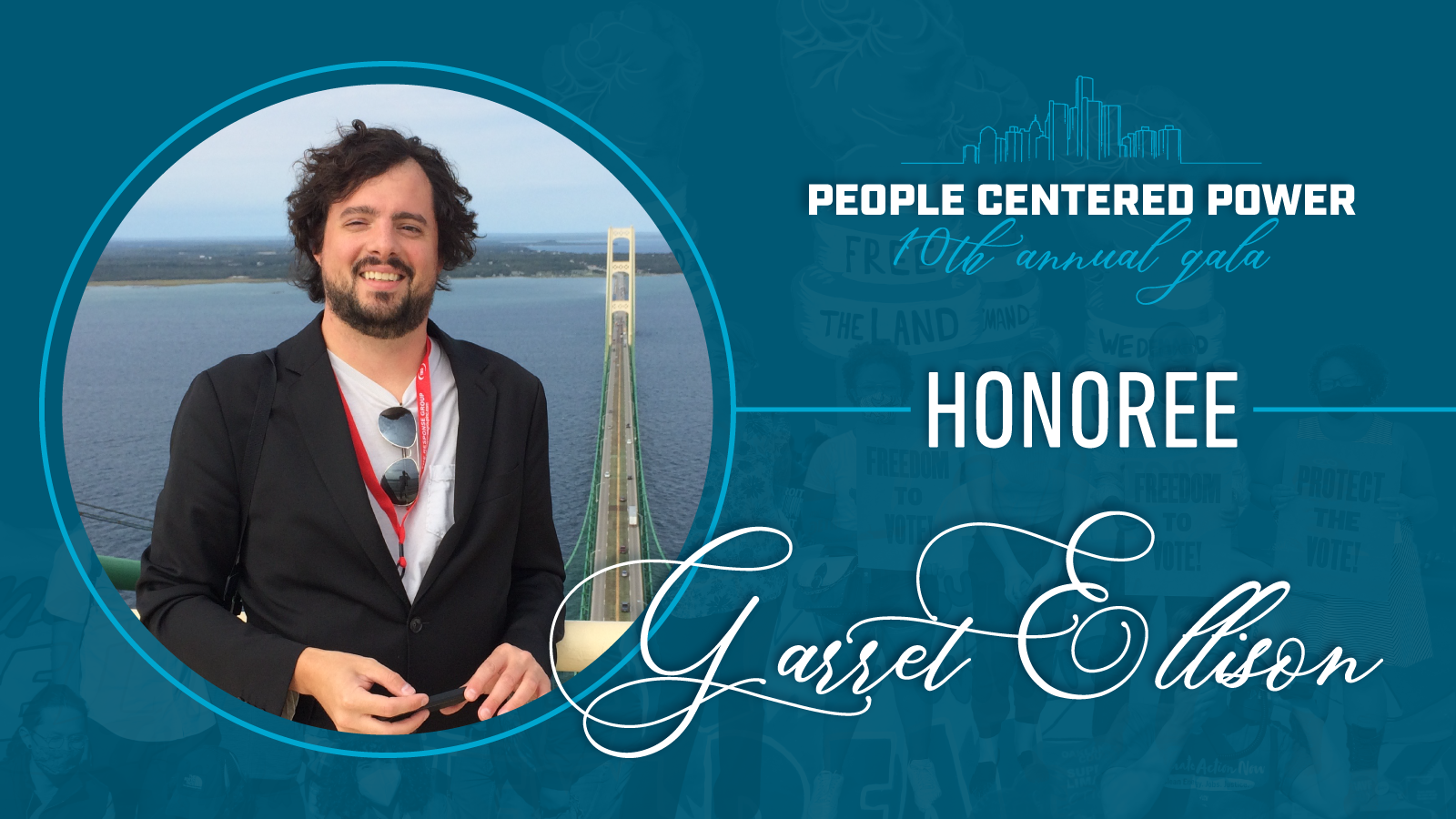 The Michigan LCV team is excited to honor both Congresswoman Dingell and Garret Ellison for their important work.  I do hope you can join us for this amazing event. You can purchase tickets here.

As I say every week, thanks for much for all you do. This really is teamwork. We certainly could not do what we do without you.