DEQ Director Has Chance to Prove Everyone Wrong

On July 14, Governor Snyder announced the appointment of Heidi Grether to head the Michigan Department of Environmental Quality (DEQ). As the news of her appointment broke, people from across the state voiced alarm at Director Grether’s years spent working with BP as a lobbyist and then as a public relations expert in the wake of the Deepwater Horizon disaster.

In the aftermath of the Flint water crisis, it’s like Snyder is rubbing the noses of his constituents in his own mess. The move is astoundingly tone-deaf to Michiganders, who rely on the state’s environmental regulatory agency to keep us safe.” – Detroit Free Press Editorial on Grether’s appointment

A few weeks after word of her appointment was announced, we sat down with Director Grether. Our goal was to introduce Director Grether to Michigan LCV and begin to establish a relationship with her in this new role. We approached the meeting with the following short, but critical, list of near-term opportunities for the DEQ to protect Michigan’s environment: 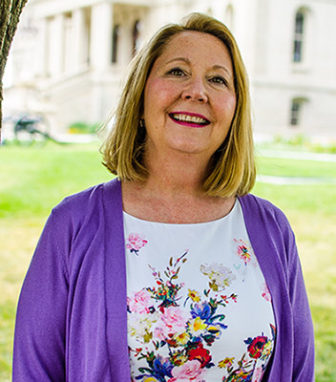 Soon after our introductory meeting, Grether spoke about her vision for the agency at her confirmation hearing in the Senate Natural Resources Committee. When asked about the philosophy she brings to her new appointment and the hard job before her in rebuilding trust between the DEQ and communities across the state, Grether stated,

“Let me be perfectly clear on this. This is not a job of public relations. It’s about protecting the environment and human health. [Rebuilding trust] will come from all of our deeds and by being stewards of our environment…words alone will not get us there.” – Director Grether at her confirmation hearing

Grether is correct: actions speak much louder than words. For the sake of our state’s clean drinking water and our precious Great Lakes and natural resources, we hope that Director Grether is every bit as sincere as she sounds.

In the months and years ahead, we urge Michigan LCV members, like you, to stay engaged in helping us ensure that the DEQ is held to account for the decisions it makes.

As this year has shown, agency decisions can and do have a profound and lasting effect on our families and our communities.

We would like nothing better than to have the new DEQ leadership transform the agency into a trusted body that boldly embraces its core mission: the protection of public health and the health of our environment. Director Grether has an important opportunity to prove her many skeptics—including the Detroit Free Press—wrong by building a new legacy of environmental leadership for herself and the State of Michigan.