In a flurry of activity, aggregate mining legislation (Senate Bills 429-431) passed through the Senate Committee on Transportation and Infrastructure early Wednesday morning and then were rushed to a vote on the Senate floor later in the afternoon. The bills, which would transfer control over aggregate mining operations from local governments to the state – while simultaneously diminishing environmental and local nuisance ordinance protections – resulted in an unusual amount of bi-partisan crossover votes in support and opposition.

Ultimately, thirteen Republicans and six Democrats voted to pass the package’s key bill, SB 429. The other two passed with an additional Republican, Sen. MacDonald. All three bills are now headed to the House, where they will be heard in the committee on Local Governments and Municipal Finance. 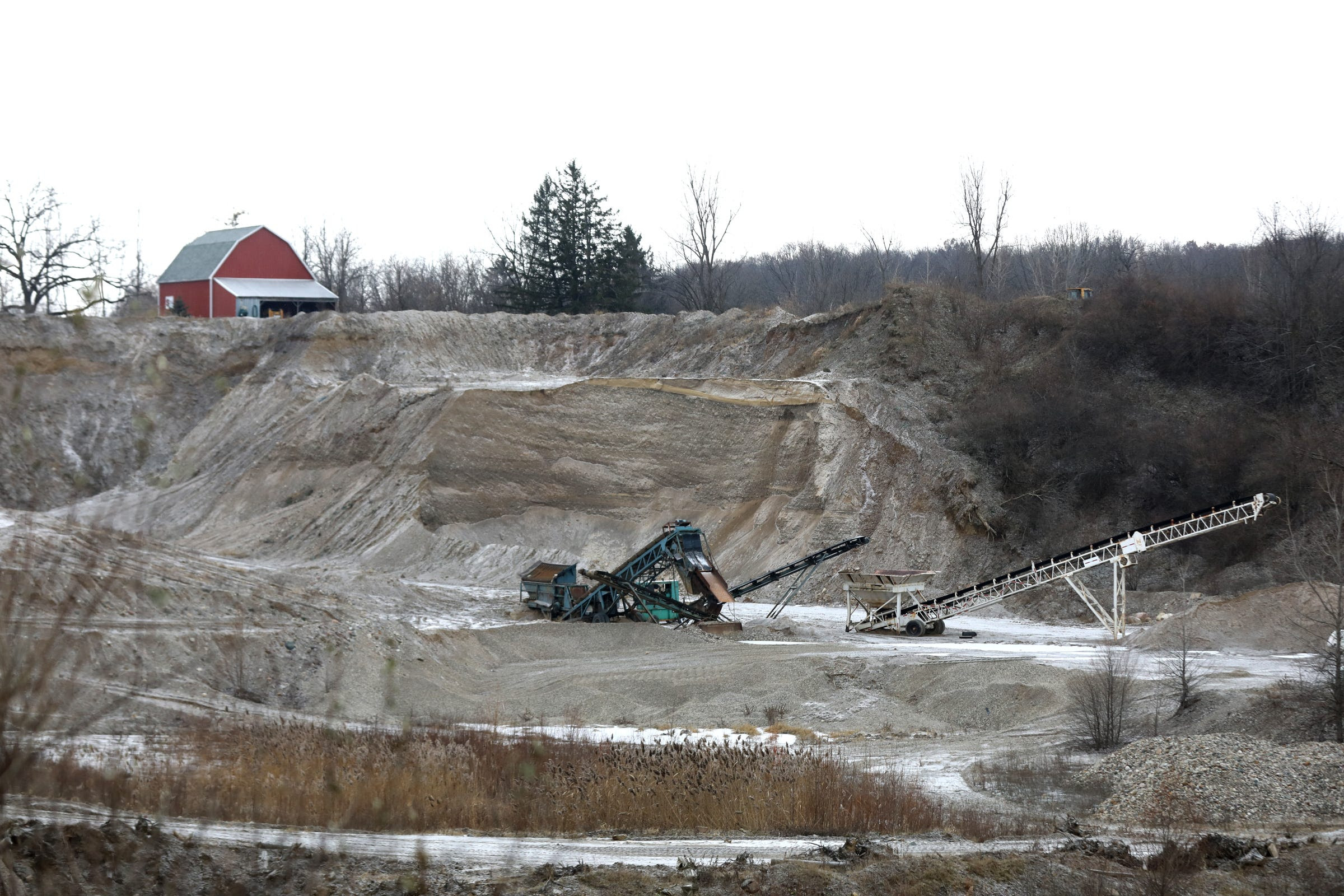 The Schenkel Gravel Pit in Metamora Township in December, 2018. The Metamora mine has served as a case study for the conflict between local governments and aggregate mining operations, and helped spur the creation of SB 429-431

Aggregate mining releases harmful sediments, including salts and other chemicals into watercourses, groundwater sources, soil and air. It also destroys farmland and local natural areas through the clearing of soil, trees, shrubs and other foliage. Without scientifically based restoration practices, the impacts of aggregate mining can decrease property values and devastate natural landscapes for generations.

Join us in telling your lawmaker to oppose SB 429-431 until we can work with lawmakers to ensure the bills include comprehensive environmental protections.

Senate Elections took the first major step in passing their anti-voter elections package this week by voting three of the 39 bills out of committee and onto the floor. The three voter-ID bills that passed are also some of the most contentious bills within the Senate Republicans’ elections package:

Michigan already has voter ID laws that address Republican concerns for the safety and security of our elections while making our democratic process accessible to all eligible voters. Taking away secondary options for Michiganders on Election Day makes voting more burdensome, and the bills feed the false, dangerous, and festering narrative that the 2020 Presidential Election was stolen.

We encourage you to send a message to your State Senator urging them to oppose this legislation. We have an action alert set up with a pre-written message to get you started. As always, we encourage you to customize your message. We also hope you will share this action alert with your friends and family, so we can all work together to protect Michigan’s freedom to vote.

The Michigan Public Service Commission (MPSC) announced an amended timeline for the proceedings on the Line 5 tunnel case this week. Now, it is likely that the Commission will not make a decision as to whether Enbridge can build the tunnel until at least the spring of 2022.

The Line 5 tunnel is Enbridge Energy’s proposed solution to maintain their operation of Line 5, a 67-year-old damaged pipeline that runs beneath the Straits of Mackinac. Late last year, Governor Whitmer revoked Enbridge’s easement to operate the pipeline, starting this May. While the deadline has passed to shut down the pipeline, Enbridge continues to operate illegally, with the hopes that if they stall long enough to build the tunnel, any claims that they are operating irresponsibly will be moot.

The Commission’s decision to push back the timeline on Enbridge’s permit to build the tunnel comes on the heels of an April MPSC order that will require the climate impacts of the continued operation of Line 5 to be considered as part of the tunnel permit application. While considering the climate impacts of Line 5 operation is a major win for the environment and could contribute to shutting the pipeline down in the future, a delayed timeline for the tunnel permit application increases the number of days Enbridge will continue to operate, simultaneously increasing the likelihood of a disastrous spill.