Imagine a neighborhood organization like a school, church, or local food co-op being able to slash their energy bills with small investments from their members.  For example, a church pastor asks his members if they want to buy a $500 share of a new community solar installation. That share likely earns that member more than $500 worth of retail electricity while saving the church money, tackling climate change, and mitigating air pollution.  Wins all around! 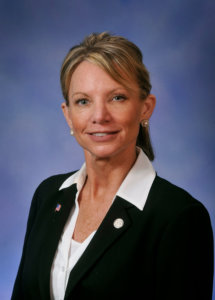 As the human and environmental cost of using fossil fuel-based energy sources expands, and the economic costs of harnessing alternatives contract, Michigan LCV has witnessed the once partisan divide over alternative energy shrink.  The latest example can be seen in a bipartisan group of legislators banding together to encourage access to neighborhood-scale community solar.

Rep. Michele Hoitenga (R- Manton) introduced House Bill 4995 that would allow customers to own shares in a solar system to receive bill credits in return for the value of electricity put on the grid. Under the bill, a group of 10 or more could set up a community renewable energy system on a single parcel of land with the energy generated by the system credited against their electricity bills. Pricing would be established between customers, the community solar operator, and utility companies purchasing electricity, and these arrangements would be regulated by the Michigan Public Service Commission. Expanding access to neighborhood-scale solar energy is a big step forward for transitioning our state to clean, renewable, and more cost-effective energy sources. Michigan LCV applauds the bi-partisan group of legislators that are leading this effort, and we will monitor, cheer, and support their efforts in seeing the legislation enacted.