Erica Peresman is a lawyer and voting rights advocate who has been committed to advancing voting rights and fighting voter suppression in Michigan for more than two decades.

As a member of the Executive Committee of Promote the Vote and chair of its Speakers Bureau, Erica helped get Ballot Proposal 3 passed overwhelmingly by Michigan voters in 2018, ushering in the greatest expansion of voting rights in state history. Erica currently serves as the Voter Protection Director of the Michigan Democratic Party, defending democracy on multiple fronts statewide.

Before focusing on voting rights, Erica practiced business law at Pettit & Martin in San Francisco and at Pepper Hamilton in Detroit, where she was a partner. After a detour to Luxembourg for her husband’s job, she devoted herself to community work in food insecurity, college readiness and success, and faith leadership, and was Director of Philanthropy at Gleaners Community Food Bank in Detroit.

Erica currently serves on the boards of Promote the Vote, Impact100 Metro Detroit, and the Detroit Jewish Community Relations Council/AJC. She is a past president of Congregation Shir Tikvah in Troy.

Erica earned a bachelor’s degree in Humanities from the University of Chicago and a law degree from Stanford Law School. She and her husband David Jaffe are the proud parents of two adult daughters. 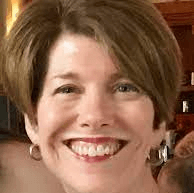