In another hurried session and with little vetting or economic analysis, the Michigan Senate voted to temporarily suspend all state taxes on gasoline from June 15 to September 15.

As written in a previous version of the Capital Catch Up, Michigan LCV is opposed to suspending both the state gas tax and the sales tax on gasoline. Despite its popularity among lawmakers, the move is economically inefficient; it will benefit drivers very little and Michiganders as a whole even less.

As gas and fuel prices rise across the globe, we must be honest with Michiganders — we simply cannot drill or tax-cut our way out of high gas prices. In fact, what is more likely is that a large portion of the tax cut will go to retail gas station owners and their oil and gas suppliers — rather than to consumers at the pump.

More, gas tax cuts are not targeted reasonably or equitably.  Politicians are afraid of saying it, but millions of Michiganders just don’t need a tax cut, while many others very much do need real economic relief, but this $800+ million gas tax cut doesn’t target them. It targets everyone, and only when they drive. 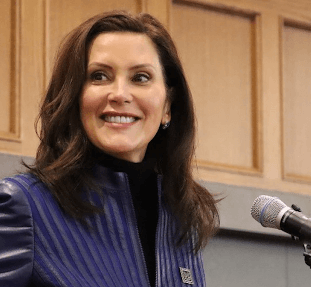 Sensible economic relief, like Governor Whitmer’s proposed expansion of the earned income tax credit and a $500 cash payment would be directed towards those that need it and would add up to sums that make a meaningful difference in vulnerable household budgets.

In addition to meaningful, immediate relief for Michiganders now, lawmakers should actually try to solve the medium-term root problem.  They can do that by incentivizing the rapid and widespread adoption of electric vehicles powered by clean and efficient energy; that is the only real way to ensure Michiganders are protected from fuel price spikes at the pump in years to come.

We need to fuel more of our vehicles with clean, home-grown energy, and that will only happen with smart decision-making right now. Gas tax holidays push in the opposite direction — extending Michiganders’ vulnerability to dirty, volatile, globally priced fossil fuels.

In this moment of economic difficulty for some, lawmakers should be ensuring that our state’s budgetary resources provide immediate, meaningful relief for the vulnerable. The balance of state surpluses should be invested in structural priorities that build long-term quality of life.

Last Wednesday, the Michigan House passed legislation to streamline the process by which local governments apply for state and federal funding to replace aging water infrastructure. HB 5890-5892, introduced by Reps. Sara Cambensy (D – Marquette), Beth Griffin (R – Paw Paw), and Dave Martin (R – Davison), would make it easier for local governments, especially those who are under-resourced, to get the assistance they need. The bills were received with bipartisan support, passing 96-11.

According to the most recent Consensus Revenue Estimating Conference (CREC), the state is expected to receive an extra $2.5B in tax revenue that can be used across the next two budget cycles to invest in critical priorities including contaminated site cleanup, energy efficiency, water infrastructure upgrades, and state parks and public lands. These windfall funds are in addition to the over $10B that the state received from the federal government under the American Rescue Plan and the Infrastructure Investment and Jobs Act.