Welcome to the January 5, 2023 edition of Three Things Thursday!

Happy New Year! I hope everyone had a relaxing, joyful holiday season.

Before we get to the first Three Things of 2023, I want to celebrate the fact that Secretary of State Jocelyn will be honored by President Biden tomorrow – the second anniversary of the January 6th attack on the U.S. Capitol – for her heroic efforts to defend and uphold our democracy! In a ceremony at the White House, Secretary Benson will be one of 12 people who will receive the Presidential Citizens Medal, individuals who “demonstrated courage and selflessness during a moment of peril for our nation.”

This is a well-deserved honor. The Michigan LCV team is incredibly proud of Secretary Benson, a bold, determined leader who has consistently stood up to defend our democracy and our freedom to vote. Congratulations, Secretary Benson!

1. Inauguration Day in Michigan and the 102nd Legislature

New Year’s Day was Inauguration Day in Michigan, and several members of the Michigan LCV team were in Lansing as Gov. Gretchen Whitmer, Lt. Gov. Garland Gilchrist, Secretary of State Jocelyn Benson, Attorney General Nessel, and Michigan’s new pro-conservation and democracy majority were sworn into office on the steps of the Capitol. 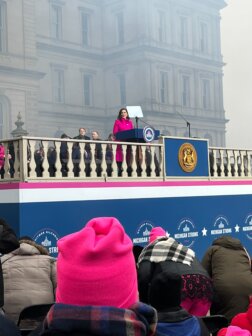 Gov. Whitmer giving her inaugural address at the Capitol 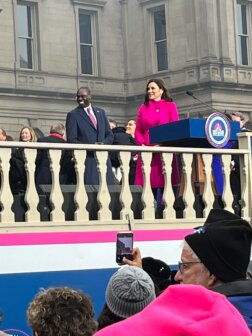 Not only was this an exciting and historic day for the three incredible women who will continue to lead our state for the next four years, but also for Michigan’s legislature. For the first time in 40 years, Michigan Democrats now hold majorities in both legislative houses, which opens up a host of opportunities for positive change on issues facing our land, air, water, climate, and democracy. 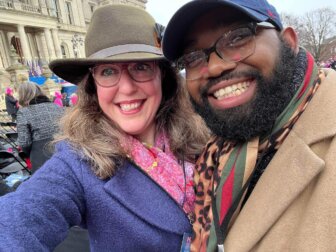 New Year’s Day was also historic because Kyra Harris Bolden was sworn in as Michigan’s newest Supreme Court Justice, the first Black woman to serve on our state’s highest court with outgoing Justice Bridget Mary McCormack by her side. What a moment for Michigan! 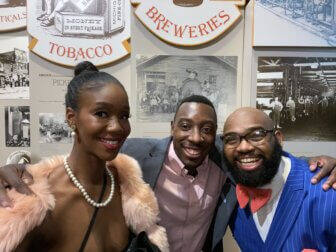 Several Michigan LCV teammates and I were also able to ring in the New Year with Gov. Gretchen Whitmer and other elected leaders at the Governor’s New Year’s Eve gala, which was held at the Michigan History Center. 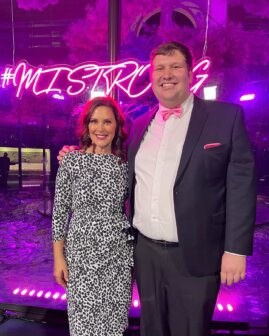 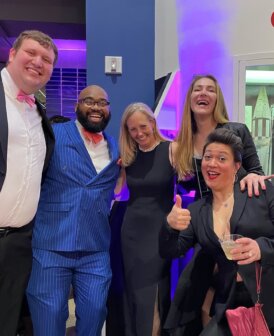 Both the gala and the historic inauguration were an amazing way to start 2023! With immense opportunities to create change in front of us this year, the Michigan LCV is ready to hit the ground running!

2. The proposed expansion of Camp Grayling …which is already poisoned with PFAS

In recent months, Michigan LCV’s state and federal government affairs teams have been monitoring the proposed expansion of Camp Grayling, a 148,000-acre Michigan National Guard training facility near Grayling, MI. Leased to the Guard by the state, the facility is used for military training and has a restricted airspace for military aircraft. 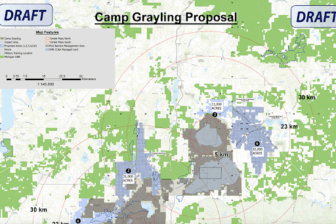 A draft map of the proposed Camp Grayling expansion.

Last year, the Department of Natural Resources (DNR) proposed a massive 253 square mile expansion of the lease that would more than double the size of Camp Grayling by adding 162,000 acres to the facility that is already the largest of its kind. The Guard has claimed the expansion is necessary to accommodate modern warfare training, including cyber, electronic and space warfare training. The proposed expansion of acreage also includes an expansion of the restricted airspace.

In three separate editions of the Capital Catch-Up, our state government affairs team highlighted the concerns of local community leaders, environmental activists and outdoors enthusiasts about the proposed expansion. I encourage you to read them here:

Camp Grayling’s footprint includes portions of the iconic Au Sable and Manistee River watersheds and beautiful forests, water and land that are depended upon by Michiganders for hiking, hunting, fishing, kayaking and more. The proposed expansion – of land and airspace – would greatly impact access to the rivers and land, not to mention the way of life for those who depend upon the area for recreation. Now, there are even more concerns about the potential environmental impacts of the expansion, specifically when it comes to toxic PFAS contamination. 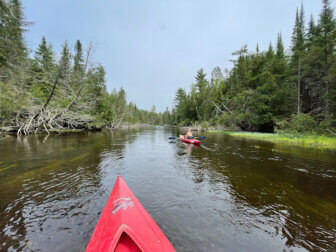 Our federal government affairs team’s most recent blog – Camp Grayling and the Importance of Meaningful Government Oversight – is focused on recent news about the lack of action to address PFAS contamination at Camp Grayling by the National Guard and why the proposed expansion is a key example of the need for strong government oversight to hold polluters accountable and protect Michigan’s natural resources. Here is an excerpt:

If protecting the Au Sable and Manistee watersheds was not reason enough to reject the proposed expansion, Camp Grayling has been a test case for the federal government and the military’s response to PFAS contamination. After widespread PFAS contamination was found in the area more than five years ago, the National Guard pledged to investigate, address and remediate the toxic “forever chemicals” known to cause cancer and birth defects. Certain state environmental officials, however, say the Guard has not done enough.

Per a Bridge Michigan article from earlier this week, Randall Rothe, district supervisor of the Remediation and Redevelopment Division for Michigan’s Department of Environment, Great Lakes and Energy (EGLE), recommended the proposed expansion not move forward until the National Guard can provide an update on PFAS contamination. It’s important to note that while EGLE has “significant concerns” about the Guards’ PFAS response, EGLE has clarified that it will not be issuing a formal agency recommendation on the expansion due to lack of authority.”

I encourage you to read the full blog and share it amongst your circles.

The National Guard is accepting public comments on the proposed expansion, and the public comment period has been extended through the middle of this month. There is still time to make your voice heard and tell the Guard the expansion is not what the Au Sable and Manistee rivers or Michigan needs, especially since the leasing entity – the federal government – has relinquished their existing duty in caring for the current lands they lease.  They haven’t cleaned up the PFAS contamination and seem to have no plans to do so in the near future. Why should the State of Michigan reward them with even more access to our precious natural areas?

You can submit your comment by emailing NGB.A4.A4A.NEPA.COMMENTS.Org@us.af.mil with subject ATTN: ALPENA SUA EA.

Heading into the New Year, Michigan LCV has ambitious goals when it comes to membership growth and bringing more people into the Michigan LCV family!

Our members are the heart and soul of our family of organizations – we’re nothing without them. In recent years, our membership has grown tremendously, helping our staff make real, personal connections with Michiganders from all parts of the state and grow the Michigan LCV brand. Our membership growth has also helped expand Michigan LCV’s reach and influence, in turn growing something we prioritize in our organizational pillars: people-centered power.

At Michigan LCV, we consider our members to be anyone who gets involved with our work and takes action – either directly on specific priority issues or through generously donating to our work – and is ready to roll up their sleeves to help catalyze real, meaningful change in our state.

Our members take time out of their day to knock doors for environmental champions running for office. They pitch in what they can and when they can to ensure we have the resources we need to keep our programs running. They help hold our elected officials accountable for their votes. We count on them and their support every single day.

No matter what brings someone into this movement – whether they’re passionate about protecting our Great Lakes, ensuring clean, affordable drinking water for all Michiganders, keeping our air clean and safe to breathe, and/ or defending our democracy – we want to bring as many people into the fold as possible.

As our 2023 membership growth efforts get underway, you – the readers of Three Things – can play a pivotal role in helping us reach our goals. One of the biggest ways to help is by sharing information about the work that Michigan LCV does with your friends and family, and encouraging anyone who is interested to consider getting involved. Whether through volunteering and knocking doors, signing up for our newsletters and emails and following us on social media, or donating to support the work that our team does on a daily basis, everyone can get involved in their own way.

Thank you for your involvement and your belief in our work! Until next week…

Tomorrow morning WEMU Program Director David Fair and I have the great privilege of interviewing Governor Gretchen Whitmer.  I invite you to tune in and listen to the January 2023 1st Friday Focus on the Environment tomorrow morning at 7:50 AM. The show will air again at 9:50 AM. If you miss it, you can check it out later at your leisure once the segment is posted here.