As record high temperatures scorch Michigan this week, many homeowners and businesses have been cranking up their air conditioning units in an effort to stave off the dangerous heat… and it’s only early May. This week’s heat wave is part of a national trend that is negatively impacting the Great Lakes region: the last seven years have nationally been the hottest years on record, and summers in the midwest are increasingly drier and hotter. 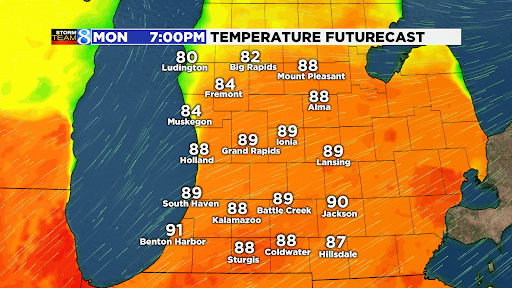 According to the EPA in 2017, if the nation’s climate warms by 1.8F (which we are projected to surpass by 2030), energy demand for air conditioning could increase by up to 20% in the summer. The Midwest Independent System Operator (MISO) is now warning that summer demand spikes could push the regional electric grid to the brink of its reserve capacity limits.

MISO’s most recent reserve capacity planning auction demonstrated a need for increased reserve electric capacity.  Michigan was one of several states that face an “increased risk of temporary, controlled outages” due to a lack of high-voltage transmission capacity and other factors.

High-voltage transmission lines are necessary to transmit electricity from consolidated sources (wind and solar farms, power plants, etc.) to energy transformers, which then convert the energy to a form that is usable for homes and businesses. With MISO’s lack of transmission, Michigan has been unable to site and build out new renewable energy facilities quickly enough to ensure robust grid reserve capacity.

To ensure Michigan’s electric grid is reliable in the face of increased demand and more climate change driven extreme weather, MISO stakeholders and Michigan lawmakers need to forward policy solutions that will quickly reduce pressure on the grid and that will make homeowners more resilient.  These measures include: demand response, more aggressive energy efficiency, small scale solar deployment, and microgrid technologies to give communities and businesses the freedom to protect themselves.

Michigan’s major utilities, including DTE and Consumers, are still putting pressure on Michigan legislators to maintain the 1% legal cap on rooftop solar, and they are blocking subscription based community solar, and policy change to allow microgrids. Each of these policies would enhance local energy resiliency, decrease peak energy demand, and could be used to keep the lights on when the grid experiences a power failure. This is particularly true now that rooftop solar is increasingly deployed with battery backup.

Last week, both the GOP-led House and Senate passed separate budget proposals that would slash critical programming from the state’s departments. In the Senate, lawmakers left over $2B on the table in order to negotiate large-scale tax cuts, resulting in dozens of anticipated job losses in the departments, and a loss of essential state support for infrastructure projects, water quality protection, and air quality protection.

Dozens of critical programs would be left off the table under the Senate’s budget, including these new proposals by Governor Whitmer: 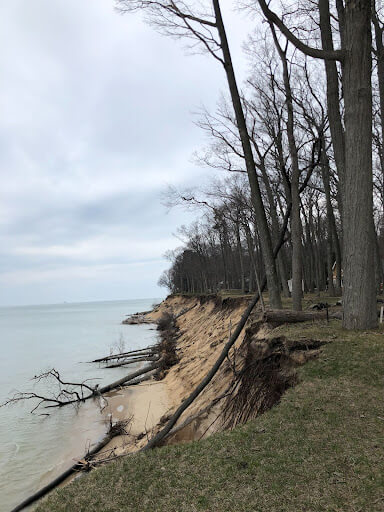 In addition to the large-scale funding cuts, the Senate is going after employee jobs – proposing to cut almost 200 full time staff from EGLE. In other instances, lawmakers provided funding for programs that would have no staff members to implement them, including the Department’s Orphaned Oil and Gas Well Remediation Program, which protects groundwater sources from petroleum contamination.

While some lawmakers voted for budgets with significant cuts to programs that would protect Michigan’s air and water, there was somehow still sufficient funding for a taxpayer subsidy to expand fossil fuel infrastructure.  Another $25M ($50 million total if passed) was allocated to the “Low Carbon Energy Fund” that presumably would move taxpayer money to large utility companies for the purposes of building out new natural gas infrastructure.  With climate science showing we need to be moving aggressively away from fossil fuels, the last thing the state should be spending taxpayer money on is a giveaway for fossil fuel delivery.

To read more about the state of Michigan’s FY 2023, click here.

Over the course of the last year, Michigan LCV has teamed up with State Sen. Rosemary Bayer and students from the University of Michigan’s Ford School of Public Policy to investigate national best practices for aggregate (gravel) mining to improve Michigan’s current policy. The students’ excellent work culminated last week. The Students presented their work to the head of EGLE’s Oil and Gas Division, EGLE’s Legislative Liaison, the Chair and Vice-Chair of the House local government committee on May 2.  The students delivered a powerpoint and engaged in 20 minutes of Q&A; they have completed summary memos of their work wich MLCV will deliver to lawmakers.

Aggregate material is used in the production of cement, concrete, and asphalt; and the material is necessary to keep our infrastructure in good condition. However, aggregate material is also recyclable, and there are specific practices that can help mitigate the impact that aggregate mining has on the land and water – on soil health and quality, including rotational mining and plant-based restoration practices.

Michigan LCV looks forward to using the Ford School students’ work as a foundation for lawmakers to re-examine Michigan’s current aggregate mining practice and improve policy outcomes for the environment.