What do Americans think about climate? The data might surprise you

Amidst an extremely polarizing political landscape, new polling shows there is a lot of common ground for American voters when it comes to climate action and clean water.

In recent surveys of American voters, Navigator Research found that while the American public remains largely uninformed about the Inflation Reduction Act (IRA) passed last year, roughly two-thirds of voters support the legislation’s policies after learning basic information about it. 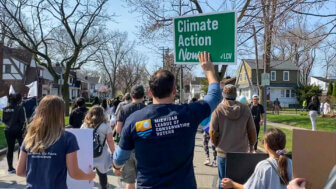 Despite the IRA being branded as a Democrat policy, polling shows that the majority of American voters agree on policies that lower prescription drug and healthcare costs and invest in clean energy, including three in five independent voters and 41% of Republican voters surveyed.

There is also data that backs up what we have long believed: Clean water and climate action legislation are top policy priorities for Michigan voters. 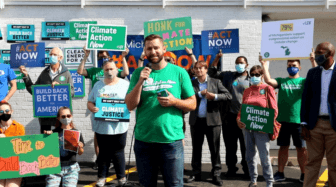 Polling from the Environmental Defense Fund found that 65% of Michigan voters agree that lawmakers should support policies that help facilitate more clean energy use while 62% believe Michigan lawmakers should be doing more to combat the climate crisis at the state level. Additionally, 91% of Michigan voters support policies that would help ensure clean, safe drinking water for all communities – especially communities impacted by drinking water contamination – and 89% believe that lawmakers in Lansing need to do more to protect drinking water from toxic pollution and chemicals like PFAS.

Apart from health care and the economy, more Americans now point to climate change and the environment as the single “most important issue,” a statistic that will likely decide future elections. The fact of the matter, however, is that the Inflation Reduction Act is almost entirely focused on these issues exactly. Voters just don’t know enough about it. 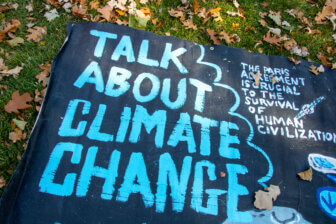 The Inflation Reduction Act is an important first step in combating the climate crisis, and agreement amongst Michigan voters to follow suit at the state level illustrates just how salient an issue climate action is. As we move toward another Presidential election cycle in 2024, the climate action movement and candidates alike would be wise to remember what is most important to the voters that decide our elections.