Victory for the Planet: After two years of gutting climate policy from the President’s agenda, it appears Sen. Manchin’s influence has reached its limits. In a massive win for the climate, Manchin’s dirty side deal to expedite fossil fuel infrastructure (by gutting the National Environmental Policy Act and sections of the Clean Water Act) was removed from the continuing resolution to fund the government. The fight is not over as Manchin is likely to try again later in the year when the National Defense Authorization Act comes up for a vote, but he faces a much steeper climb to get the bill through.

Hurricane Ian: The Category 4 hurricane made landfall on Florida’s west coast today, bringing winds just two miles per hour short of a Category 5 storm. The storm intensified from a Category 3 in just three hours before making landfall, a rare phenomenon that is becoming more common due to climate change. Over 2.5 million Floridians are under evacuation orders as Ian is expected to bring dangerous storm surges, intense rain and flooding. 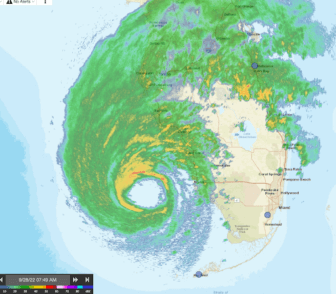 As a borderline Category 5 storm, Hurricane Ian is expected to bring a storm surge of more than 12 feet and wind gusts up to 200 miles per hour (Credit: @JohnMoralesTV via Twitter).

Senate letter on PFAS: A bipartisan group of forty U.S. Senators wrote a strong letter to the Department of Defense (DoD) criticizing the DoD’s failure to adequately prepare for and implement additional funding provided by Congress to do essential PFAS testing, remediation, and disposal work, and calling on the DoD to put more resources toward PFAS action. Michigan Senators Debbie Stabenow and Gary Peters signed the letter, continuing the leadership by Michigan’s federal delegation on PFAS issues.

Amid efforts to address the climate crisis at the federal and state levels, the importance of local climate action has grown, and the residents of Ann Arbor have a unique opportunity to facilitate meaningful climate action in their city this election season.

The A2 Community Climate Action millage will be on the ballot this November, giving Ann Arbor voters an opportunity to pass a proposal that would help the city achieve its bold emissions reductions goals after declaring a climate emergency in 2019. The proposal would fund critical climate and environmental programs by increasing city property taxes by $1 million over the next 20 years (to illustrate, the owner of a $300,000 home would pay an additional $3 per week in property taxes). 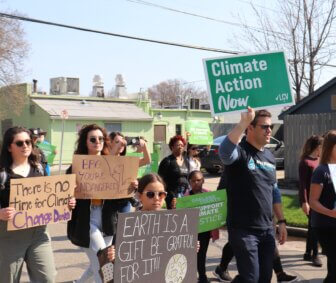 Passage of the Community Climate Action millage will allow for the implementation of Ann Arbor’s climate action plan – the groundbreaking A2 Zero Action Plan – which outlines a just and equitable transition to carbon neutrality by 2030 and creates an opportunity for Ann Arbor to lead the way on climate action with effective, long-term solutions. This is a real chance to make Ann Arbor the most sustainable and equitable city in the country.

Here is what the funding from the millage would go toward:

At a time when climate action at all levels of government is paramount, the A2 Community Climate Action millage is a perfect example of what climate action in our own backyard can and should look like.

Michigan LCV has endorsed this ballot measure and is working to get it passed. Our first mail piece hit mailboxes this week and we will be executing a robust digital ad campaign to urge Ann Arbor voters to vote “Yes.” 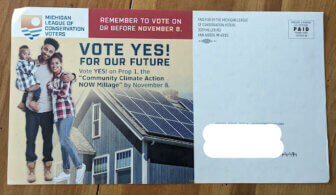 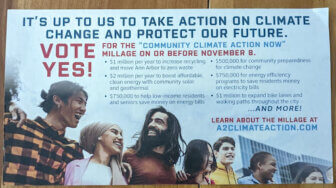 You can learn more about the A2 Community Climate Action Plan here – there are also opportunities to volunteer, endorse the effort, or donate to help spread the word!

The League of Conservation Voters announced three more federal endorsements for the 2022 election cycle. Incumbent Congresswoman Haley Stevens (MI-11), current State Representative Shri Thanedar for the 13th congressional district, and Carl Marlinga for the tenth congressional district were endorsed for their commitment to protecting Michigan’s land, air, water and our democracy. Check out the links below for Twitter post announcing the endorsements (retweets and likes encouraged):

Here in the Great Lakes State, we need leaders in Congress who will champion clean water, clean air, protecting our democracy and fighting climate change. Haley Stevens, Carl Marlinga, and Shri Thanedar have all championed clean water and environmental issues in our state and we know we can count on them to hold polluters accountable and put people first. We are excited to see LCV Action Fund support Haley Stevens, Carl Marlinga, and Shri Thanedar; we look forward to working together to push for investments in clean, renewable energy for Michigan and ensure a safe, healthy future for all.”