This week, we have a special edition of the Washington Weekly for you! Michigan LCV’s Federal Government Affairs team traveled to Washington, D.C. on Monday to participate in a week of action with the national League of Conservation Voters and Conservation Voters Movement affiliates from across the country. This week’s edition will focus on our team in D.C., recapping their meetings, conversations, and takeaways. Let’s get started!

The Michigan LCV Federal Government Affairs team and Democracy for All team headed to Capitol Hill this week to talk to the Michigan Congressional Delegation about the urgent need to pass climate, jobs and justice legislation and protect voting rights. 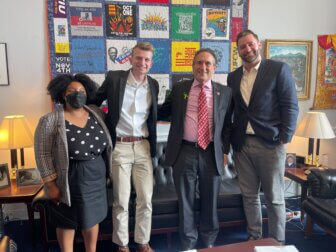 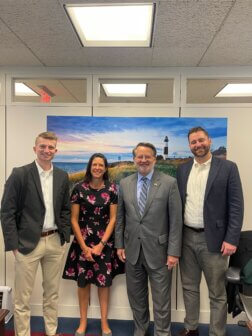 We brought stories from Michigan communities impacted by climate change, insight into Michigan specific issues like Line 5, and even drawings from kids who are worried about what is happening to the environment to demonstrate the urgent need for this legislation. 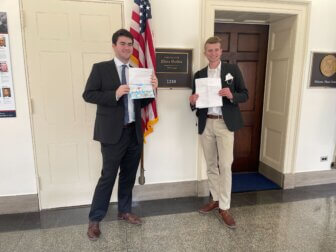 Hudson and Michael from Rep. Elissa Slotkin’s office with pictures from children concerned about climate change. 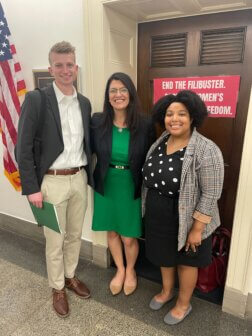 Michigan LCV’s trip to our nation’s capital was a great success and provided our team with an opportunity to get important facetime with Michigan’s Congressional delegation, our national partners, and other partner organizations. The conversations we had about the importance of bold climate action, protecting our communities, and safeguarding voting rights were productive and we are hopeful about what they will yield moving forward! 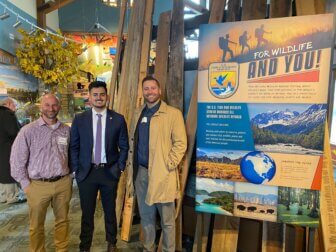 Congresswoman Debbie Dingell and Secretary of the Interior Deb Haaland marked the occasion with remarks that honored the vision of the legendary Michigan Congressman John Dingell, Jr, whose vision and dedication made possible the establishment of the first and only International Wildlife Refuge in North America, spanning 48 miles of the lower Detroit River and western Lake Erie ecosystem and shoreline. 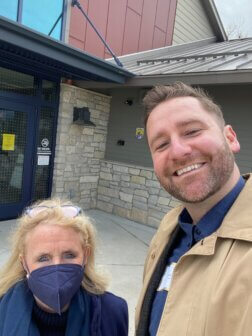 Last Friday, Michigan LCV joined Rep. Rashida Tlaib and the Chairman of the House Natural Resources Committee Representative Raúl Grijalva of Arizona on a tour of toxic pollution sites in and around Detroit. 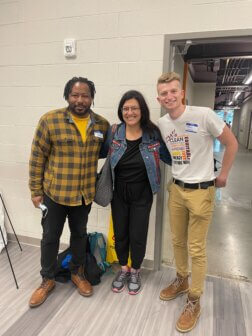 The tour highlighted the effect corporate polluters have had on residential neighborhoods where residents suffer from higher rates of respiratory diseases like asthma and high rates of cancer. 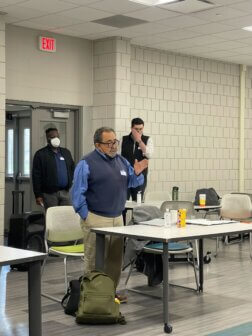 House Natural Resources Committee Representative Raúl Grijalva of Arizona speaking at one of the tour stops.

The tour started near the Marathon Oil refinery and visited Mt Hermon Baptist Church where an air quality monitor was installed to track the dangerous levels of pollution in the 48217 zip code, the third most polluted zip code in the country. Stops were also made at Bellanger Park in River Rouge, the Detroit WasteWater Treatment Plant, the Gordon Howe International Bridge construction site, Salina Elementary School in Dearborn, U.S Ecology Hazardous waste facility, Avalon Village in Highland Park and the Beniteau Street community next to the Stellantis Detroit Assembly complex. 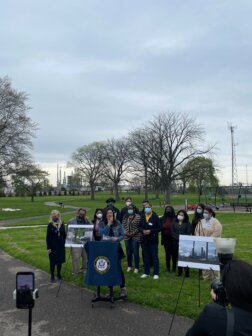 The tour demonstrated the life and death impacts some communities in Michigan face from corporate polluters who actively avoid environmental regulations. The Environmental Justice for All Act would help these residences seek legal remedies to the discrimination they have faced.

We are thrilled to be a partner for environmental champions like Rep. Tlaib who are working tirelessly to make a difference for Michigan communities experiencing the greatest impacts of toxic pollution and climate change.