The Southwestern United States’ “megadrought” is a clear sign of our changing climate, and opens up a Pandora’s box of hypotheticals if bold action is not taken to address climate change and water scarcity issues. The prospect of increasing water scarcity is especially alarming for Michigan as more regions of the country might turn to the water-rich Great Lakes region for their water needs.

The reality of looking to the Great Lakes for water, however, is not a new idea. In 2007, New Mexico Gov. Bill Richardson suggested diverting water from the Great Lakes to water-scarce states in the west and southwest and in 2019, a proposal for train shipments of water from Minnesota to Colorado was shut down.

In the face of the accelerating climate crisis and record-setting drought in other parts of the country, we must uphold the Great Lakes Compact, prevent water privatization (read more from our friends at FLOW), and preserve Great Lakes water. In taking action on climate change on the federal level, it is imperative that there also be a national strategy for water resources and conservation as water scarcity impacts larger swaths of the population.

Protecting our Great Lakes water from contamination and pollution is just as important as making sure our water stays in the Great Lakes basin. A new report released today shows that we can eliminate one of these imminent pollution threats – the damaged 68-year-old Line 5 oil pipeline – and still meet our energy needs now and in the future, without significant increases to gas or energy prices.

Enbridge’s Line 5 pipeline – which has spilled more than 1 million gallons of oil from 33 separate spills – runs through the heart of the Great Lakes at the Straits of Mackinac as a shortcut for oil flowing from western Canada to Ontario and the global export market. 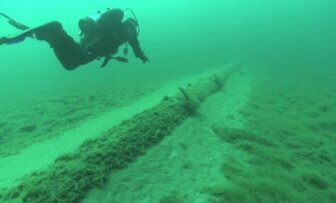 Enbridge (which caused the worst onshore oil spill ever into the Kalamazoo River in 2010) has spent millions of dollars to push out falsehoods claiming there will be an economic disaster if Line 5 is decommissioned before their proposed tunnel can be drilled through the Great Lakes, which would keep millions of gallons of oil pumping every day through our state for decades more.

Enbridge’s claims are simply not true, as today’s report – authored by energy sector experts –  demonstrates. The report shows that there are other oil and gas options for Canada (and Ontario specifically) and also that “the reasons for shutting down Line 5 are significant and strong.”

When you consider this report alongside other analyses showing viable alternatives and evidence that energy prices won’t spike, it’s clear that the best course of action is to follow Governor Whitmer and Attorney General Nessel’s leadership and begin an orderly shutdown of Line 5 while we rapidly transition to a clean energy future.

Michigan LCV will continue to educate the public and decision makers about how we must address this ticking time bomb in the Straits and why the tunnel proposal is dangerous and unnecessary, keeping us at risk of a spill during construction (which would take at least 8 more years) and hooked to fossil fuels that’s fueling climate change.

You can check out more information on Line 5, including Frequently Asked Questions about the pipeline and the dangers it poses to our Great Lakes, you can visit our Get the Facts: Line 5 Shutdown webpage.

While there, you can also take action! We have advocacy tools that you can use to send Gov. Whitmer a message thanking her for taking action to protect the Great Lakes, as well as a tool to send President Biden a message urging him to support Gov. Whitmer’s Line 5 shutdown order.