So just what is the difference between soot and smog? Both have become buzzwords in the discourse about air pollution and climate change, but not many people can describe the differences between the two.

Smog occurs when fossil fuels, primarily from vehicle exhaust, combine with sunlight to form a hazy layer of pollution that often blankets cityscapes. Soot, on the other hand, refers to particulate matter that typically comes from power plants and other forms of heavy industry. Both, however, have vast implications for air quality and public health, especially when left unregulated. 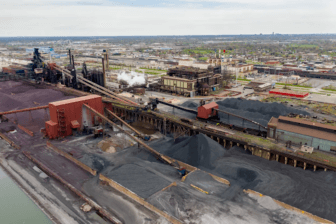 Last Friday, the EPA released its draft soot regulations with much to be desired. The newly released soot rule tightens allotted pollution from the Trump era, but fails to follow scientific guidelines that would adequately protect public health. The particularly dangerous element is that while the rule adjusts the yearly allotted pollution, it does not adjust the 24 hour pollution limit. This means that as long as some days are below the average, industrial polluters can ramp up pollution on other days. Pollution can reach dangerous levels in a 24 hour period, and for those with respiratory issues, it can be fatal. Fortunately, it’s not too late to strengthen this draft rule.

The EPA must set a scientifically determined annual standard of 8 micrograms per meter cubed (ug/m3) and a 24-hour standard of 25 ug/m3. Strengthening the standard will save up to 20,000 lives annually compared to the draft proposal. Read a statement on the draft proposal from the Climate Action Campaign and Michigan LCV’s Bentley Johnson here. 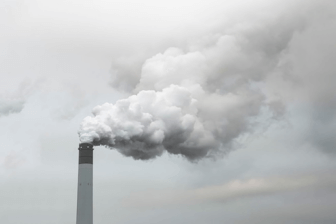 With Inflation Reduction Act funds starting to roll in there is little excuse to not improve standards that will protect lives as companies and industry will be eligible for billions in funding. This funding will not only help address dangerous air pollution but will also reduce greenhouse gas emissions from burning fossil fuels.

A recently released report found that emissions in the United States actually increased in 2022 by 1.5%, at a time when emissions need to be drastically falling each year. Furthermore, according to the Washington Post and the Global Carbon Budget assessment, humanity can only release 380 billion tons of carbon dioxide over the coming decades, or nine years worth of current emissions. Yep that’s correct – our budget for decades of energy is just nine years worth of current emissions.

Corporations, utilities and all other entities must immediately take advantage of the Inflation Reduction Act to not only save lives from deadly pollution, but to stave off the worst effects of climate change.