Welcome to the October 21, 2021 edition of Three Things Thursday! This week there’s a little bit of everything: PFAS, climate change, infrastructure, and why elections at all levels of government matter so much.

1. PFAS in the headlines; from policy agenda launch to Traverse City town hall

As I’ve noted in past weeks, Michigan LCV — in partnership with the Ecology Center and National Wildlife Federation — recently helped launch the Great Lakes PFAS Action Network (GLPAN), a coalition of impacted communities and individuals. Found in hundreds of everyday plastics and household items, PFAS have now been identified in at least 160 contaminated sites in Michigan and, as the list keeps growing both here in Michigan and across the nation, the crisis over these “forever chemicals” and the threats they pose to public and environmental health has intensified. The mission of the GLPAN is to both raise awareness of this growing crisis and catalyze action at the local, state, and federal levels to address the existing contamination, work on remediation, and hold polluters accountable.

On October 12th, GLPAN unveiled its policy agenda, a collection of legislative and administrative actions that need to be pursued to protect Michigan, the Great Lakes region, and — very importantly — the people who live here.

To mark the launch of its policy agenda, GLPAN leaders and members of the Michigan LCV team traveled to Lansing for a press conference and numerous in-person meetings to increase lawmakers’ understanding.   You can check out the Great Lakes PFAS Action Networks’ full policy agenda here.

While this took place in our state capital last week, all eyes were on DC this week when the White House issued a press statement announcing the launch of the EPA’s new PFAS Roadmap, which is aimed at addressing widespread PFAS contamination. The White House statement used strong language to describe the steps the EPA and the Biden administration plan to take on the issue of PFAS contamination, which was well-received by impacted communities nationwide as this was the first time the federal government has made comprehensive commitments to tackling this growing crisis.

That said, there was also disappointment that the EPA has not gone far enough. Notably,   Michigan LCV and members of GLPAN share concerns about (1) how realistic and timely the proposed solutions will be and (2) the fact that the Department of Defense (DoD) — the largest PFAS polluter in the nation — was not included in any way in the Road Map.

Indeed, after decades of inaction, it is imperative that the federal government not only commit to bold action, but accelerate remediation plans for PFAS contamination in drinking water and institute strong protections for biosolids used in agricultural practices. To fully address the PFAS crisis, there needs to be a full governmental approach to addressing drinking water contamination, including a coordinated effort between the Department of Defense, the Food and Drug Administration, and the Federal Aviation Administration to ban the use of plastics and materials that contain PFAS chemicals, including in food packaging and firefighting foam used on DoD sites and at airports.

So, yes, the Michigan LCV and GLPAN teams are grateful that the Biden administration and the EPA outlined plans to take long-overdue steps in the PFAS Roadmap, but there is still much more to be done to protect human health, our environment, and our communities.

And, with that in mind….

We have only accelerated our work to raise awareness about the PFAS crisis in Michigan and build support for GLPAN.  This week much of our focus has been on Traverse City lately, where PFAS contamination has been identified in the Pine Grove neighborhood near East Grand Traverse Bay, as well as at the Traverse City airport and the Coast Guard Air Station. Given that little has been done by the Department of Environment, Great Lakes & Energy (EGLE) to fully address the crisis in Traverse City, GLPAN, Michigan LCV, and For Love of Water (FLOW) decided to host a second virtual town hall meeting focused on raising awareness and educating residents about what they can do to become more involved in efforts to catalyze meaningful action on PFAS in their backyard.

The town hall is being held tonight from 6:30 – 7:30 P.M.   If you are interested, please join us!  The conversation will include residents, activists and public health experts.  You can register for the town hall here.

While there are no statewide elections this year, many Michigan communities have meaningful municipal elections. The Michigan LCV team has been keeping a keen eye on races that matter for clean air and water, our environment and public health, and climate change.

With the November election right around the corner, we have three areas of the state at the center of our attention as we work to build support for candidates who champion these issues and are working to make a change in their respective communities.

The first of these races is in Dearborn, where former Michigan LCV board member and current State Representative Abdullah Hammoud is running for mayor. Abdullah is a true public health/environmental champion, and our team has been working since last spring (when we announced our endorsement) to ensure Dearborn elects the right candidate to office. 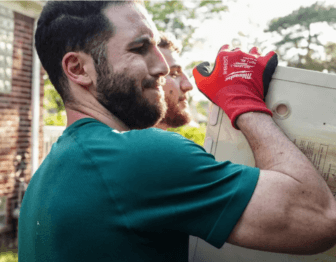 Abdullah has long demonstrated a deep commitment to the issues that matter most to his native Dearborn community: clean drinking water, investing in aging infrastructure, and protecting public health. Earlier this summer, when torrential storms and extreme rainfall flooded Dearborn streets and neighborhoods, leaving families and businesses helpless as property and personal belongings were destroyed, Abdullah and his team sprang into action, organizing volunteers to help with the clean up efforts and ensure his community was taken care of. This is the type of leadership that matters, and is why Michigan LCV endorsed Abdullah who, when elected, will also be the first mayor of Dearborn of Arab descent.

The second race we have gotten involved in is in Kentwood, east of Grand Rapids, where City Commissioner Emily Bridson is running for mayor against incumbent Stephen Kepley. Michigan LCV is supporting Bridson’s mayoral candidacy because she has prioritized investing in green infrastructure and protecting public health by addressing climate change at the local level. With years of experience in city government, Bridson is a strong candidate, embodying the kind of strong leadership we need in all communities to catalyze meaningful change.

Finally, our team has been working with residents in Grand Haven, along the shores of Lake Michigan, as we work to build support for challenger candidates for both the Grand Haven City Council and the Board of Light and Power. In 2019, the city announced plans to find a “community driven” solution to shore up electricity production and use after Grand Haven’s coal-fired power plant was shut down. The initial proposed plan was to build a new gas-powered “peaker” plant on Harbor Island in the Grand River, a piece of land susceptible to flooding, and the site of both a coal ash storage area and a toxic former city dump.

In response to the ill-advised plan, the community rallied in opposition. J. Field Reichardt, a lifelong Grand Haven resident, helped organize the community and explain to both the City Council and the Board of Light and Power why the peaker plant plan was a dangerous and ill-conceived idea for fulfilling the city’s energy needs. (Note: Reichardt is also one of Michigan LCV’s Build Back Better for Us storytellers, and you can read his full story here.)

Our team got involved in this battle early and this fall we are building support for candidates for City Council and the Board of Light and Power that will help take the city in a new direction. Michigan LCV has endorsed candidates who have an interest and a commitment to finding equitable and sustainable solutions for energy production that will protect the land, air and water, as well as help address the climate crisis.

Please note that our sister organization, Michigan LCV Education Fund, is deeply involved in the Detroit elections this year through a non-partisan, get-out-the-vote effort that we call “313 Votes”.  I’ll report on that project in the next couple of weeks.

3. Michigan LCV & partners rally in support of Building Back Better

The Michigan LCV team continues to work to build broad support for the Bipartisan Infrastructure Plan and President Biden’s Build Back Better Act, aimed at investing meaningful federal funding in our nation’s aging transportation, drinking water, and clean energy infrastructure and addressing the climate crisis. With a new deadline of the end of October for Congress to vote on the two pieces of legislation, it’s crunch time for our elected officials in Washington to get these once-in-a-generation funding opportunities across the finish line.

If you would like a weekly breakdown of where things stand in Washington, D.C. and what the latest developments mean for Michigan, please check out our federally-focused newsletter, the Washington Weekly.

On Monday, members of our team, along with partner organizations, helped host two rallies in support of the Build Back Better agenda in Metro Detroit. Our partners included:

The first event was held at Congressman Andy Levin’s office in Warren, and featured activists and community leaders speaking about the need for Congress to pass the two bills and bring meaningful change and assistance to Michigan families and communities. As I’ve noted multiple times over the past many weeks, the Build Back Better agenda would not only help states all over the country address climate change, but would also help working families and children live safer lives by investing in drinking water protections and renovations to schools, as well as provide funding for housing and childcare. Although Congressman Levin could not make it to the rally, there was a large group that turned out in support.

The second event was held in the afternoon at Pallister Park in Detroit in Congresswoman Rashida Tlaib’s district. With a boisterous crowd on hand, Congresswoman Tlaib spoke about the need to invest in our communities and families, and the opportunity to do so through the Build Back Better platform. Signs and chanting from the crowd gave the rally an energetic and hopeful feeling, which is much-needed given the deep slog to get this across the finish line in Washington, DC.

Our next collaborative event is scheduled this Saturday at 1 P.M. in Dearborn with Congresswoman Debbie Dingell at at ACCESS Social Services (2651 Saulino Ct Dearborn, MI 48120). If you’re in the area, please come by and show your support.

Until next week, thank you for all you do to support our work. There’s certainly never a dull moment….