Welcome to the May 5, 2022 edition of Three Things Thursday, which I send from Provincetown, MA where my husband, our canine, Guapo, and I have come for a brief visit with friends.  This is my first time on Cape Cod and it is a perfect time to be here. The tulips are in full bloom, as are the azalea; the magnolia trees are popping, and you can feel all the other trees ready to follow suit. The town is very sleepy, almost empty; the beaches, vast stretches of sand and sea with no other humans in sight. The Cape Cod National Seashore is a truly beautiful place and, throughout our stay, I have found myself making comparisons to Michigan. Both share an exquisite, expansive, fragile dune ecosystem. Both have amazing, long, sandy beaches. The sand along Lake Michigan, however, is much more “sugar sand”—softer and more luxurious.  The water in Michigan is fresh, not salty, which means a dog can quench its thirst.  And, in our mighty Great Lakes you never have to worry about sharks.

I really should have worn my, “No salt, no sharks, no worries” t-shirt on this trip. Alas!

But, on to the May 5 Three Things, which include this week’s Supreme Court developments, a promising result in Michigan’s May 3 elections, and a spotlight on a new Michigan LCV staff member. Let’s dive in!

1. SCOTUS, Roe v. Wade, and our work on climate/water justice and voting rights

Late Monday night/early Tuesday morning, a leaked draft majority opinion from the Supreme Court was obtained by Politico. Written by Justice Samuel Alito, the draft opinion indicated that the Court will rule in favor of overturning Roe v. Wade – the landmark case that has protected women’s right to choose to have an abortion since 1973 – and nearly 50 years of legal precedent.

Although the Supreme Court has not officially ruled in favor of overturning Roe v. Wade, the leaked draft opinion is cause for deep concern for the future of women’s reproductive rights, as well as women’s health and healthcare.

In response to the leaked draft opinion, Michigan LCV Board President George Davis and I released a formal statement on behalf of the organization.  Our words are rooted in and supported by the Michigan LCV 2021-2024 Strategic Plan, which makes a whole host of things very clear, including (1) the fact that our work does not take place in a vacuum and (2) our core values, like “justice” and “people-centered power”, are cross cutting and intersectional in critically important ways.

Justice and people-centered power are core values defining our work to address climate and water inequities in Michigan. As such, championing and protecting civil rights is at the center of all we do. In recent years, we have watched the U.S. Supreme Court gut voting rights, and now it is on the cusp of restricting the rights of women all across the country to make decisions about their own bodies. This draft opinion is an outrageous overreach by Justices who, at their confirmation hearings, testified that overturning Roe v. Wade was not on their agenda. Neither the Constitution nor the people support this egregious abuse of power to overturn nearly 50 years of legal precedent by a bare majority on our highest court.”

Overturning Roe would devastate communities, especially communities of color, low-income communities, and rural communities who already face significant barriers to accessing care and are the same groups most harmed by pollution, climate change and restrictions on voting rights. Taking reproductive choice away from women in the only developed country without universal paid maternity leave and the highest health care costs per capita will only exacerbate existing racial and economic injustices in our most vulnerable communities.

During this tumultuous time, we should reflect on the words of late Supreme Court Justice Ruth Bader Ginsberg who once said, ‘There will never be a time in this country when women of means won’t have a choice. A woman who can afford a plane ticket, a bus ticket will always be able to choose whether to have an abortion. The women who won’t have that choice are poor women. That doesn’t make sense.’”

Without choice, there is no freedom. Access to reproductive care is central to building the just and equitable democracy we seek. We stand with our allies leading the movement for reproductive freedom and justice.”

The entire Michigan LCV statement is posted on our website, which you can read here.

This is truly a troubling time for our country and our communities. As I told the Michigan LCV team this week, I encourage everyone to stay strong and keep up the fight for a better future. The people united will never be defeated!

2. May elections: A sign of hope in West Michigan

In several Michigan communities – including Wayne, Oakland, and Kent Counties – special elections were held on Tuesday, May 3 to elect State Representatives to fill vacant seats in the Michigan Legislature. These candidates – now State Representatives – will serve the remainder of the current term in the previously vacated seats through the end of 2022, with the general election in November deciding who will serve in the Legislature through the next term. This week’s elections were also the last time Michigan’s old State House districts will be used as we now have new districts that were drawn by the Michigan Independent Citizens Redistricting Commission (MICRC) during last year’s redistricting process.

While we issued no endorsements during these special elections, the Michigan LCV team was keenly focused on the State House race in the 74th House District in Kent County between Democrat Carol Glanville and Republican Robert Regan.  You might remember Regan–the far-right, Big Lie-believer candidate –from his controversial comments and social media posts, which compelled many old-school, establishment Republicans to walk away from his campaign.  Capitalizing on in-party division caused by Regan’s comments and behavior, I’m delighted to report that Glanville emerged victorious on Tuesday, winning 51% of the vote.

This is an amazing win for Kent County and for the issues that Michigan LCV is focused on. Glanville, in stark contrast to Regan, is a true environmental champion who will represent her community with integrity and determination.  Her victory had garnered national attention given the incredibly offensive nature of her opponent, providing much-needed hope, and illustrating that where there is darkness, there is also light.

In the days and weeks leading up to the election, our West Michigan team worked with volunteers and the Glanville campaign to organize on the ground, execute phone banks, and get out the vote. Ours was a small operation given the timing of this election (not our typical “all hands-on deck”, which happens in August and November elections), but we are proud that our work –including 2,000 calls to get-out-the-vote on Tuesday, alone – was part of a mosaic that put Ms. Glanville across the finish line.

The Michigan LCV search for talented, dedicated individuals to join our team in a variety of different roles continues and our team is growing! This week, I am excited to welcome Shannon Rochon to the Michigan LCV family! 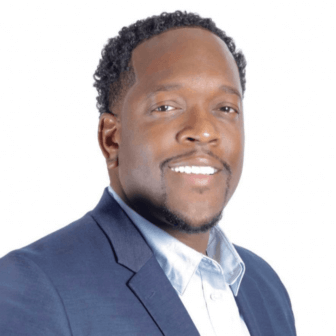 Shannon joins us as our new Partnerships Director, a role that is focused on fostering, cultivating, and maintaining new partnerships with businesses, organizations, activists, and communities across Michigan. With over 15 years of experience in political campaign management, field organizing, and partnership outreach, Shannon is the perfect fit for this role and brings extraordinary expertise to our team.

Throughout his career, Shannon has been a strong advocate for social and environmental justice and voting rights. He worked to foster community outreach on behalf of the late Congressman John Conyers; and he worked as the Constituency Outreach Director in Iowa on Senator Bernie Sanders’ presidential campaign.

Born and raised in Detroit, Shannon holds a degree in Human Resources and Political Science from Western Governors University. We are thrilled to have Shannon on the Michigan LCV team!

I close with one more piece of good news and congratulations. Today, Dr. Jalonne White-Newsome was appointed Senior Director for Environmental Justice for the White House Council on Environmental Quality. As many of you know, Dr. White-Newsome is a native of Detroit who has tackled environmental justice challenges from a wide range of perspectives over the course of her career. While at the Kresge Foundation, Michigan LCV was proud to recognize and celebrate the power of her work at our 2017 Detroit Awards Gala. 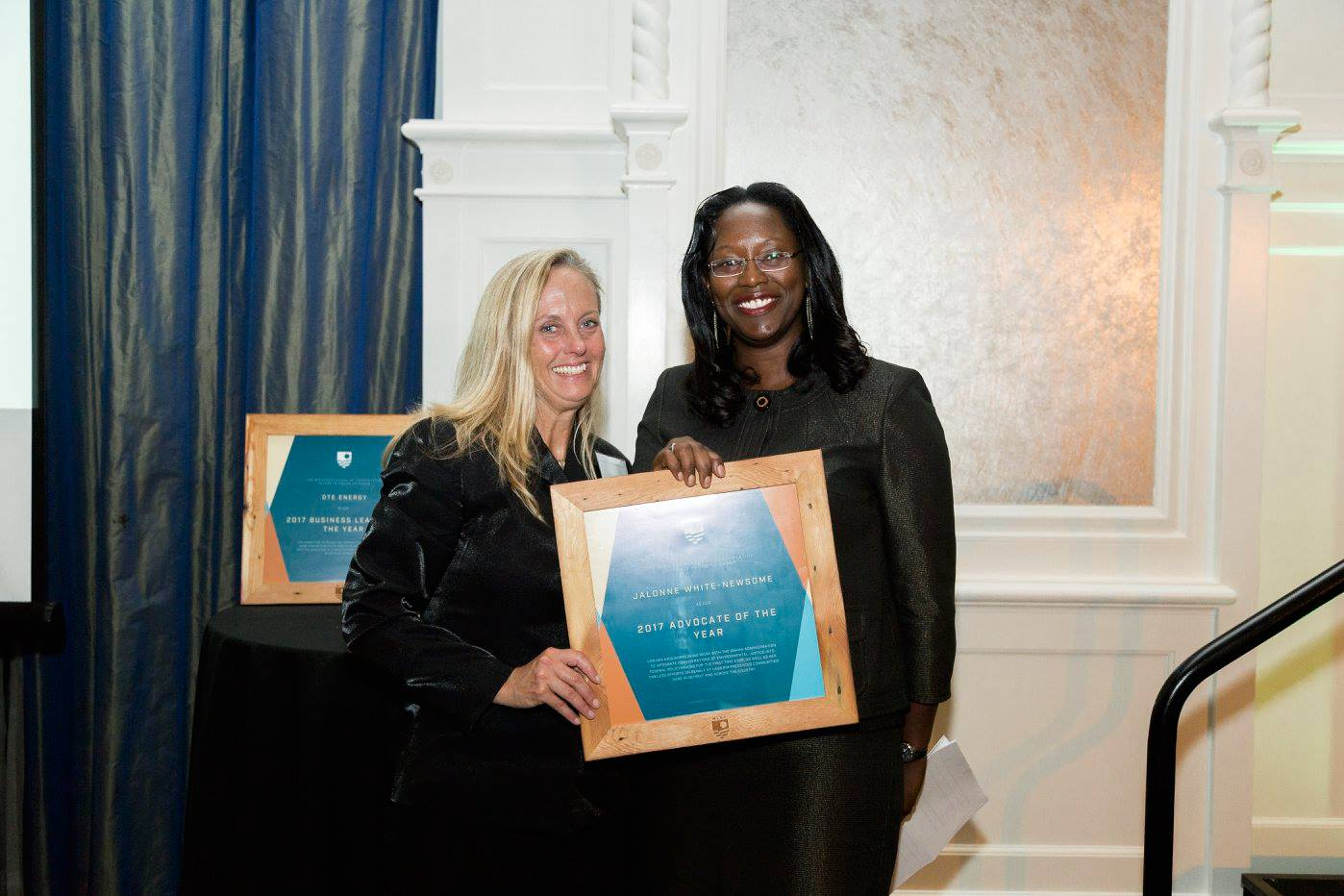 As always, thank you for all you do to support our work. Until next week, be well.