Happy New Year and welcome to the January 6, 2022 edition of Three Things Thursday.

Today marks the anniversary of the January 6, 2021 attack on the U.S. Capitol. Many events are planned in Washington to mark the tragic anniversary when – one year ago today –  a Trump-backed mob stormed the U.S. Capitol as Congress met to certify Joe Biden’s win in the 2020 presidential election. The attack – the worst on our nation’s Capitol since the War of 1812 – left five people dead, hundreds injured (including 138 police officers), members of congress scrambling for their lives, and our democracy on the brink of collapse.

Between last year’s insurrection, and the subsequent actions by Republican state legislatures and the GOP to attack voting rights and stack election review boards, as well as spread misinformation and erode trust in our institutions, it is very clear that our democracy is in peril.

This morning, President Biden spoke about the January 6th insurrection on Capitol Hill, calling out Trump for his role in inciting the siege on the Capitol and discussing the state and future of American democracy.

One year ago today, in this sacred place, democracy was attacked… For the first time in our history, a president had not just lost an election, he tried to prevent the peaceful transfer of power as a violent mob breached the Capitol. But they failed.” – President Joe Biden 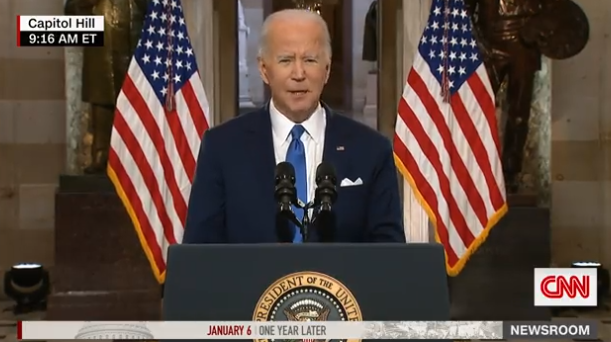 In DC, Senate Democrats are moving ahead with voting rights legislation, with Senate Majority Leader Chuck Schumer (D-NY) vowing to hold a vote no later than January 17, Martin Luther King Jr. Day, and to change Senate rules regarding the filibuster if Republicans continue to block the vote. In Michigan, organizations across the state, like Michigan LCV (led by our Democracy For All team), All Voting is Local, ACLU, APIA Vote MI, League of Women Voters MI and local leagues, Michigan United, NAACP MI and local branches, Promote The Vote, Voters Not Politicians,  and many others are working hand-in-glove to protect the voting rights Michiganders overwhelmingly approved through the passage of the 2018 ballot initiative known as Promote the Vote.

As you take a moment to reflect on what happened on January 6th last year, and over the course of the last 12 months, I ask that you commit to doing all that you can to help combat these anti-democratic forces in this new year and in the many years to come.

Now, onto the first issue of Three Things for 2022, which focuses on the implications of Michigan’s redistricting process for our new Congressional maps; the importance of Michigan LCV’s Fund MI Water plan and passing Senate Bill 565; and the push by the right wing for an audit of the 2020 election.

In last week’s issue of Three Things, I noted that Michigan’s first-ever independent, citizen-driven redistricting process came to an end on December 28th after the Michigan Independent Citizens Redistricting Commission (MICRC) voted to approve final maps for state House, state Senate, and Congressional districts that will be used in Michigan’s elections for the next decade.

While concerns remain surrounding the Commissions’ racially polarized voting analysis, with the report initially identifying Senator Marshall Bullock as white instead of Black and important concerns over adherence to Voting Rights Act requirements, the culmination of the redistricting process provides Michigan maps that lean GOP, but are far more balanced from a partisan fairness perspective than ever before.

For an in-depth breakdown of the Commission’s final votes and a look at Michigan’s new maps, I encourage you to check out this week’s edition of the Democracy Drumbeat. This special issue is a great resource describing the culmination of the process and where we go from here.

As the dust settles, the Michigan LCV team is studying the implications of the new maps and what they mean specifically for the 2022 election.  Details related to the state House and state Senate maps will take time, but we have a fairly good sense of what the changes mean for Congressional districts and who the candidates are likely to be.

Here are some highlights:

Please know that the Michigan LCV team will be sure to provide you with more information on all of the federal and state races in the days ahead.

2. The importance of Fund MI Water and passing Senate Bill 565

The first and biggest state legislative priority for our team in early 2022 is our Fund MI Water platform and Senate Bill 565, which would provide $3.3 billion in funding for Michigan’s drinking water, stormwater, and wastewater infrastructure and investments to address contamination from lead, PFAS chemicals, and other harmful contaminants.

Late last year, Michigan LCV launched our Fund MI Water platform on our website, which includes a series of recommendations and measures Michigan’s Legislature can take to address aging, dangerous lead water service lines, shore up our stormwater and wastewater infrastructure, and address the PFAS crisis. Subsequently, the Michigan Senate Appropriations Committee unanimously passed Senate Bill 565 out of committee and on to the Senate floor, followed by the Senate passing the legislation with strong bipartisan support and sending it along to the House.

Both the Fund MI Water platform and Senate Bill 565 are built around, and would be funded by, a combination of state general funds and federal dollars from the American Rescue Plan (ARP) and the new Infrastructure Investment and Jobs Act.

As communities across our state – such as Benton Harbor, Oscoda, Traverse City, and Hamtramck – face serious threats to drinking water from lead, PFAS and other harmful contaminants, the $3.3 billion investment proposed by Senate Bill 565 is a crucial opportunity for Michigan to address these issues, and more.

Now that the legislation has passed the Senate, we are advocating for strong bipartisan support in the House. But, as our Government Affairs Director Nick Occhipinti noted in a recent MLive article, there should be even more money allocated to green infrastructure investments and water affordability.

We need to manage stormwater where it falls and not to send it through our systems or let it keep laying on our impervious surfaces. Every county in Michigan has a local utility with folks who can’t pay their bills. It’s something we need to seriously address.” – Nick Occhipinti, Government Affairs Director

The Legislature will soon return from their holiday break. Before they get back to Lansing, I encourage you to use our one-step advocacy tool and send your lawmaker a message urging them to pass Senate Bill 565 to protect public health and ensure every Michigan family has access to clean, safe, affordable drinking water.

While the anti-voter Secure MI Vote ballot initiative effort continues to circulate around Michigan, right wing activists are pursuing another avenue in their relentless attempt to delegitimize the 2020 election, this time in the form of a proposed, so-called forensic audit of the election. Documentation has been filed with the Secretary of State’s office (in late December).

In response, Michigan LCV issued a joint statement with All Voting Is Local, condemning the effort.

The next step is in the hands of the Board of State Canvassers, which must schedule a meeting to review the petition and hear from the public, as well as the Bureau of Elections, and ultimately decide on an appropriate 100-word summary before petitions can be printed and circulated. If approved, the organizers of the effort will then have six months to collect 340,047 signatures.

This push for a so-called forensic audit in Michigan mimics efforts taking place in states across the country, all of which are aimed at finding evidence of voter fraud while leaving taxpayers in some states on the hook to foot the cost of the audits themselves. In states like Arizona, Wisconsin, Pennsylvania, and Texas, audits have not turned up any evidence of fraud in the 2020 election, proving definitively that the election and its results were free, fair, and accurate. In Arizona, where the audit was conducted by Florida-based security firm Cyber Ninjas, the methods used were wildly out of line, a clear indication that the effort was an entirely partisan enterprise aimed at undermining trust in our democracy and the 2020 election results.

While disturbing and frustrating, the forensic audit petition is not surprising as right wing activists have continuously demonstrated a complete disregard for voting rights, the 2020 election results, and the sanctity of our democratic system. This audit, like others across the country, is designed to divide and distract Michiganders by continuing to spread misinformation and string along the Big Lie that the election was somehow stolen.

As we kick off 2022 and continue our work to defend our democracy and voting rights, I encourage you to use All Voting Is Local’s one-step advocacy tool to send a message to lawmakers demanding that they reject this effort and back up the results of the 2020 election.

As always, thank you for all of your support. We couldn’t do our work without you. Until next week, I leave you with the wise words of David Suzuki…. 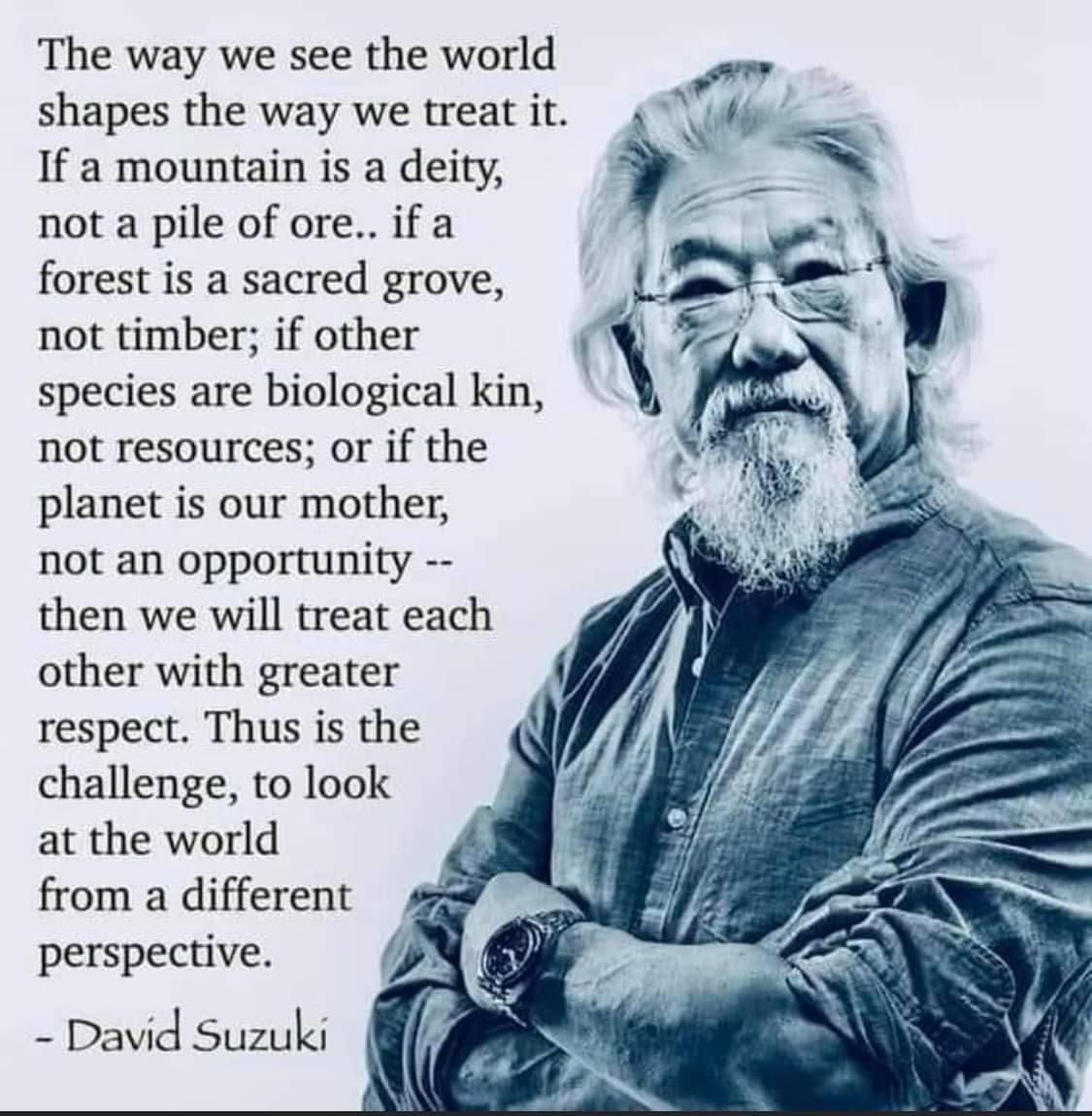 I encourage you to check out this webinar hosted by the Michigan Solar Users Network.  Joe Trumpy, a professor at the University of Michigan and a man I am fortunate to call a friend, will be sharing “an Ann Arbor Solar Story” tonight from 7:00 to 8:00 PM.  Joe will share stories and details of his family’s life on their off-grid farmstead. Joe designed and built their strawbale home that has been off-grid using photovoltaic solar power since 2007. They have not burned a gram of fossil fuel to heat their home, water, or cook their food in 12 Michigan winters. You can register for tonight’s event here. 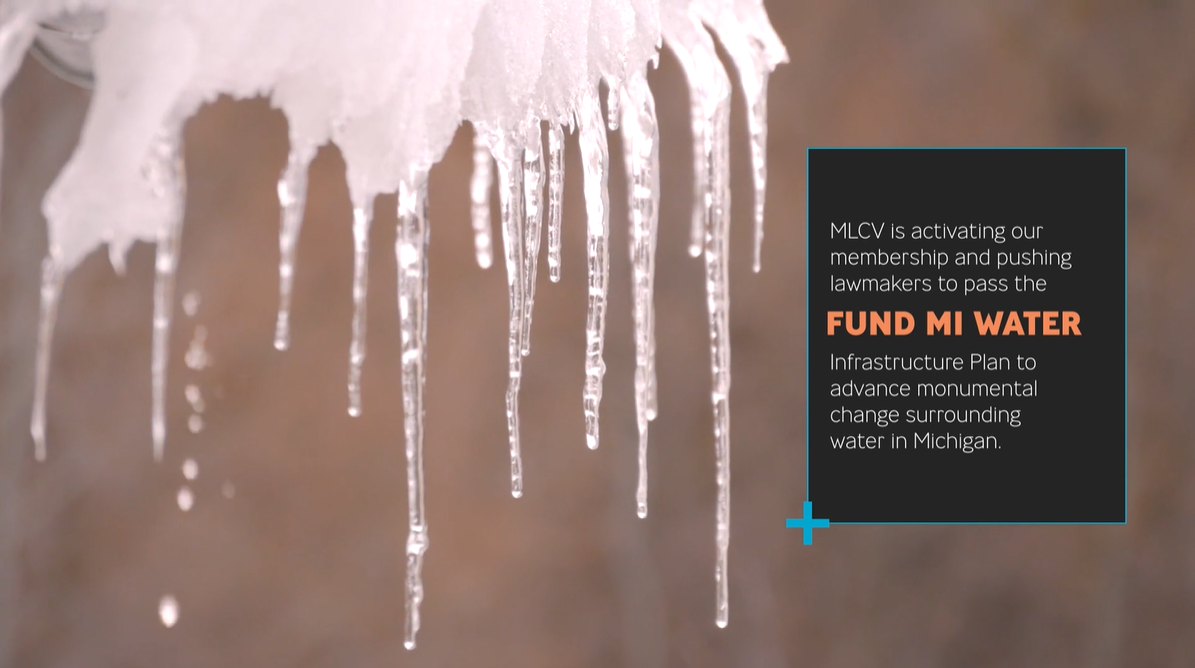