Welcome to the December 1, 2022 edition of Three Things Thursday!  As we step into the final month of the year, the Michigan LCV team is focused on wrapping up our 2022 work and preparing for the year ahead.  One of my jobs, personally, was to identify a great guest for the December edition of 1st Friday Focus on the Environment.   I am pleased to say that Rep. Joe Tate, the incoming Speaker of the House, has agreed to be that guest.  I invite you to tune in to WEMU 89.1 FM tomorrow AM during drive time to hear my conversation with Program Director David Fair and Rep. Tate, a conversation that– as always– will focus on clean air, clean water and tackling the climate crisis. (If you missed my last Three Things Thursday, which included information about Rep. Tate and incoming Senate Majority Leader Winnie Brinks,  you can check in out here.)

1. Leaders across the nation convene in California post-election

This week I traveled to Palm Springs, California to attend an annual strategy meeting with executive directors from states all across nation and executive team members from national LCV.  Together, we are defined as leadership from the Conservation Voters Movement (CVM), and this is the first time in three years that we have been able to be together.

Given the outcome of the elections, there was much to celebrate and, as in years past, there were an array of lessons-learned to be shared.

For so many of us, this annual convening is like coming home to family.  We have worked together through good times and bad.  And this year–given legislative successes, ballot initiative successes and candidate successes – was THE BEST YEAR EVER. 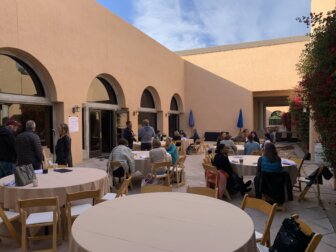 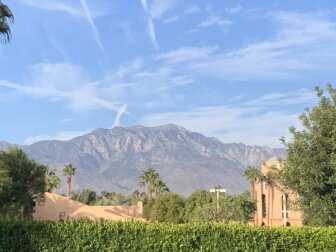 Michigan, as you can imagine, was a bright shining light given our victories up and down the ballot. But there were also amazing victories in Wisconsin, Minnesota, Colorado, New York, New Mexico, Pennsylvania and many other states across the nation.

I savored my time in Southern California with this outstanding cadre of leaders.  I head home to beautiful Michigan energized, full of stories and ready for all that is heading our way in 2023.

2. Board of State Canvassers certifies 2022 Election

And just like that, the 2022 election in Michigan is officially over! Earlier this week, the Michigan Board of State Canvassers certified our state’s election results in a unanimous 4-0 vote, formally ending the election process ahead of the swearing in of lawmakers after the holidays.

Michigan law dictates that our elections are not officially over until results are certified, and there are a number of entities that play a role in the certification process, helping secure and verify election results.

Prior to reaching the Board of State Canvassers, election results are certified by a Board of County Canvassers in each of Michigan’s 83 counties. These County Boards are composed of two Republican and two Democrat members who certify their county’s results with a simple majority vote. The Board of State Canvassers, a body appointed by the Governor and also composed of four members – two Republicans and two Democrats – is the final entity to certify.

Brooke Harris, the Voting Rights Manager for our Democracy For All team, attended Monday’s Board of State Canvassers meeting. Ahead of the meeting, Brooke spoke at a press conference outside the Capital in Lansing organized by We The People MI Action Fund. Along with other speakers, Brooke highlighted the integrity of our  democracy and electoral process, as well as how integral it is that every vote is counted. 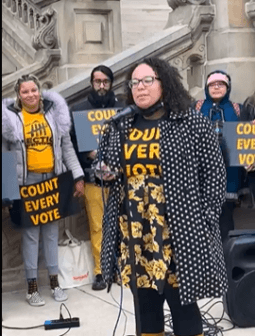 After the chaos we saw following the 2020 election, the unanimous vote and relatively uneventful certification process this year was a refreshing reminder of the strength of our democratic system.

On a frustrating note, an Oakland County man filed petitions for a recount of more than 500 precincts for ballot Proposal 2 and Proposal 3, which Michigan voters passed last month. The nonprofit organization Election Integrity Fund and Force, a group that has touted debunked claims of election fraud, announced its participation with the execution of the recount petitions. In Michigan, individuals can file petitions for recounts within two days of the Board of State Canvassers’ certification of election results, but must pay for the cost of the recounts, which in this case could be hundreds of thousands of dollars. The Election Integrity Fund and Force alluded to the fact that The America Project, a Florida-based group that has also pushed claims of election fraud, is bankrolling the recount effort.

It is important to note that this recount will have zero impact on the outcomes of Proposals 2 and 3, which passed by hundreds of thousands of votes. The real goal of this recount is to continue election deniers’ years-long efforts to sow doubt and confusion about trusted election processes. Our team will be overseeing the process and plugging in with recount observers where needed. We promise to keep you informed along the way.

Earlier this fall, DTE Energy released its proposal for its new Integrated Resource Plan (IRP), a comprehensive vision of the utility’s energy plans for the next five-plus years. The proposed $9 billion plan is $1.4 billion less expensive than DTE’s last IRP, but, as expected by clean energy and climate advocates, falls short when it comes to the implementation of renewable and clean energy alternatives.

As it currently stands, there are some elements of the proposed plan that will help accelerate the transition to renewable energy, but many aspects do not go nearly far enough at the pace demanded by science. The proposed IRP will not transition Michigan away from fossil fuels fast enough to effectively combat climate change based on the latest science, nor will it protect Michigan ratepayers, who pay some of the highest energy bills in the Midwest.

Here is what DTE’s proposal seeks to accomplish in the next five years:

Despite the promising goals of a transition away from coal, the proposed investments in natural gas energy sources – which are subject to drastic price volatility – will only further delay the realization of a renewable, clean energy grid.

The proposed IRP also includes more ambitions, but tentative energy plans for the next 20 years. These “penciled in” plans include retiring two units of the Monroe coal plant by 2035 and the Belle River natural gas peaker by 2040, as well as investing in 15.4 gigawatts of renewables and 1,810 megawatts of batteries. These tentative goals do not follow the timeline demanded by science to avoid the worst impacts of climate change, nor the timeline of a full transition to a clean energy economy outlined in Gov. Whitmer’s MI Healthy Climate Plan, particularly the goal of full coal retirement in Michigan by 2030.

While the utility claims the proposed IRP will lead to massive reductions in carbon emissions, on the whole, we must divest from fossil fuels more rapidly to aid the transition to renewable energy. Furthermore, major improvements must be made to Michigan’s energy grid, which has been failing ratepayers for years with poor service, frequent, prolonged outages, and extremely high energy costs.

The good news? Together, we can make the plan better. DTE’s IRP is currently in draft form, and will be reviewed by the Michigan Public Service Commission (MPSC) before anything becomes final. The MPSC is holding a virtual hearing on the proposed plan on December 12 from 4 – 7 pm, presenting a great opportunity to learn more about the plan and also give input on what should be changed.

DTE can and must do better, and the upcoming hearing gives us a chance to tell the MPSC just that. We need to make sure DTE retires all of its expensive, outdated coal plants in Michigan by 2030 to meet Governor Whitmer’s MI Healthy Climate Plan and ensure we have clean, affordable energy. You can register to attend the virtual hearing here.

Thank you so much for all you do to make our work possible!  Happy December 1st….although I’m sending this late in the day Pacific time, which means many of you may receive this on December 2nd. Until next week….