The 2022 Midterms: Looking Ahead

Last week’s elections stunned pollsters and forecasters across the nation and here in Michigan as pro-environment, pro-democracy candidates outperformed the polls and flipped districts. On the state level, Michigan LCV helped re-elect the three women at the top of the ticket – Gov. Whitmer, Attorney General Nessel and Secretary of State Benson – and flip both the State House and State Senate to Democratic control. Democrats now have a trifecta in the Michigan government for the first time since 1983.

On the federal level, the League of Conservation Voters ended up spending over $100 million across the country for pro-environment candidates. 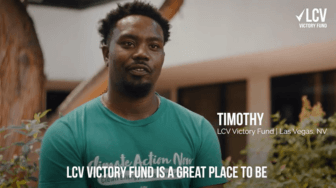 Check out this video for some highlights!

And all but one of the League of Conservation Voters endorsed candidates in Michigan won their seats:

Carl Marlinga narrowly lost to opponent John James by only 1,600 votes. The race was much closer than national pundits predicted and with Marlinga being vastly outspent in the race, 2024 could easily see the district go the other way.

A similar story is unfolding nationally, where Democrats will narrowly lose their House majority. Expecting a “Red Wave” year, funders sought to protect seats where President Biden won by as many as ten points. Seats that were 50-50 were neglected prematurely as losses. To everyone’s surprise, many of those 50-50 seats were, well, 50-50 races.

Democrats overperformed across the board, driven in part by youth voter turnout and reproductive rights. Surprisingly, the GOP chose not to attack the Inflation Reduction Act (IRA) leading up to the midterm election, demonstrating the strength of investing in climate action and the changes in politics since the 2010 red wave year in which Democrat and Republicans alike attacked the Cap and Trade climate bill.

Gerrymandering was once again a major story in 2022. In Michigan, redistricting reform as a result of Proposition 2 passed in 2018 led to maps much more representative of the people than the GOP gerrymandered maps of the 2010’s. In 2012 Democratic candidates won 51% of the House popular vote but only won 5 of the 14 seats. In 2022 Democratic candidates won the popular vote by 2.4% but won 7 of the 13 seats.

Heading into a Congress in which Democrats control the Senate and Republicans control the House shuts the door on future budget reconciliation packages, the vehicle which got us the Inflation Reduction Act. Under a larger Republican majority, cuts to key agencies were on the table that would have weakened the ability of the government to take action on climate. With such narrow margins, however, Democrats will likely be able to defend the gains made in the last Congress and implement the IRA and Infrastructure Bill effectively.