On Monday, President Biden signed into law the $1.2 trillion bipartisan Infrastructure Investment and Jobs Act (also known as the “Bipartisan Infrastructure Bill”) at the White House.  Michigan LCV’s Executive Director, Lisa Wozniak was invited to attend due to our ongoing advocacy for the legislation and the President’s Build Back Better plan which passed the U.S. House Friday.

“I was privileged and honored to be invited to attend Monday’s bill signing ceremony with Monica Lewis-Patrick, longtime human rights activist, Water Warrior, and President of We The People of Detroit.” Wozniak said. “Sitting together in the crowd, we had a fantastic time and shared the incredible moment together, knowing just how important these historic infrastructure investments will be for Michigan and our communities.” 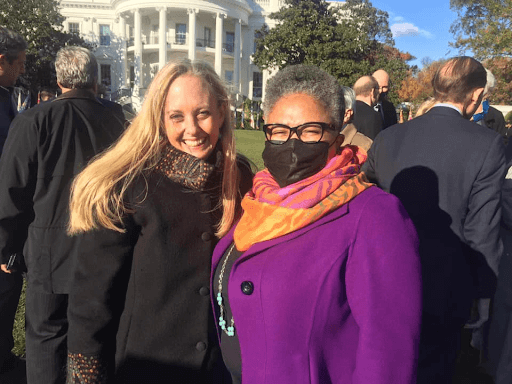 With the passage of the Bipartisan Infrastructure Bill and the American Rescue Plan early in the Biden Administration, Michigan will have more than $20 billion in unallocated state and federal relief funds – leaving a massive opportunity for large investments in water infrastructure, clean and efficient energy, public lands and advanced mobility.  (Read about Michigan LCV’s proposal here.)

While Senate Republicans and the Governor have both introduced large water infrastructure proposals, the House of Representatives remained quiet until just this week, when the chief House budget Appropriator, Rep. Thomas Albert, announced that they would start negotiating ARP dollars.

As conversations continue, we encourage lawmakers across the state to work together and pass large investments in our state’s water infrastructure.

On Wednesday, President Biden visited General Motors’ Factory Zero plant in Detroit to tout his victory on the Bipartisan Infrastructure Bill and its broader implications for the future of electric vehicles in Michigan. In attendance for President Biden’s visit were GM CEO Mary Barra, United Auto Workers (UAW) President Ray Curry, and a number of Michigan lawmakers, including Rep. Abraham Aiyash (D – Hamtramck), who represents the area.

At the event, Rep. Aiyash expressed hope for the future of Michigan’s auto industry and praised the recent signing of the bipartisan infrastructure bill, which will provide Michigan with an extra $110 million for electric vehicle charging infrastructure:

“Michigan put the world on wheels, and with GM’s commitment to EVs, along with other investments across the state, Michigan remains the global leader in mobility,” said state Rep. Abraham Aiyash. “By allocating these federal infrastructure dollars quickly, we can create the 21st-century infrastructure we need to attract more investments to our state, help companies large and small create good-paying jobs, and make our communities like Detroit and Hamtramck better places to live, work and raise a family.” 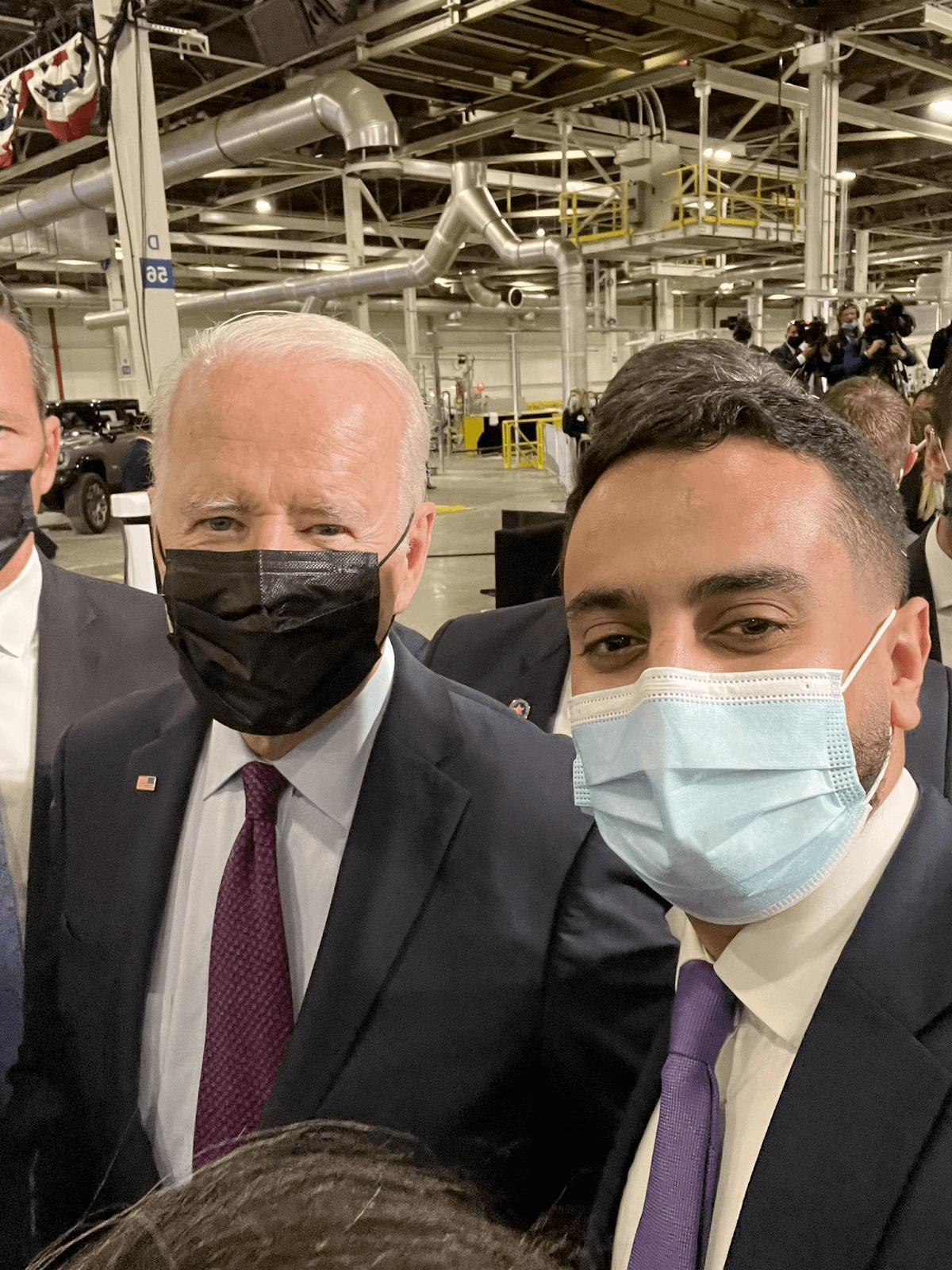 As part of our ongoing commitment to holding decision-makers accountable for their record on conservation and democracy issues, Michigan LCV maintains our legislative scorecard to track how each lawmaker has voted on key environmental priorities each session. The legislative scorecard is just one part of the Michigan LCV’s accountability suite, which also includes our executive scorecards “How Green is Your Governor?” and “How Green is Your Attorney General?”, and  our judicial scorecard, the Green Gavels tool.

For the next several weeks, we will be showcasing lawmakers that currently have a 100% on our scorecard, starting with Rep. Shri Thanedar (D – Detroit).

Rep. Thanedar is in his first term in the Michigan House, and currently sits as the Minority Vice Chair of the sub-appropriations committee on Environment, Great Lakes, and Energy – a critical committee to ensure our water and public lands are funded. Rep. Thanedar currently has a lifetime score of 100%, and is one of our environmental champions.

As we enter into another election year, public accountability is more important than ever before. To learn more about Rep. Thanedar and his voting record, or to check your own lawmaker’s score, check out our digital scorecard!