In the wake of Russia’s unprovoked invasion of Ukraine, Michigan LCV staff and board members have been reeling from the senseless  loss of human life and disregard for the fundamental norms of international relations. Putin’s catastrophic calculation to upend Ukrainian sovereignty has already had devastating impacts on the people of Ukraine and will dramatically disrupt the global economy. Our hearts go out to the people of Ukraine, the diaspora, and their friends and families around the world directly or indirectly effected by the conflict.

At the national level, League of Conservation Voters President Gene Karpinski issued the following statement in support of Ukraine recognizing the central role fossil fuels have played in instigating global conflicts (including the current situation in Europe):

“We stand with the people of Ukraine… Russia’s act of war flies in the face of building a more just, equitable and safe future for all people. In addition to the catastrophic human cost, the economic ramifications of Russia’s invasion of Ukraine are a stark reminder that it’s time to double down on clean, renewable, domestic energy — not only to address the climate crisis, but also to end our reliance on volatile interests and polluting fossil fuels. Moving to a clean energy economy will provide greater economic stability, lower energy costs, and protect our national and climate security.”

The widespread deployment of renewable energy is a key way to diversify our power sources with domestic, home-grown energy, reduce our reliance on polluting fossil fuels, and improve our national security. Michigan can and must do our part by more quickly ushering in a clean, stable, and secure energy future by implementing policies that promote broad deployment of renewable energy, like House Bill 4236 (which will remove the 1% cap on rooftop solar), community solar (HB 4715/4716), and utility-scale renewable energy siting and incentive policies.

“Empowering Michiganders to invest in local clean energy — on their roofs and in their neighborhoods — protects them against the volatility and turbulence of international oil and gas markets. This is ever more true as Michigan’s major utilities turn to natural gas to produce electricity in addition to heating homes.” 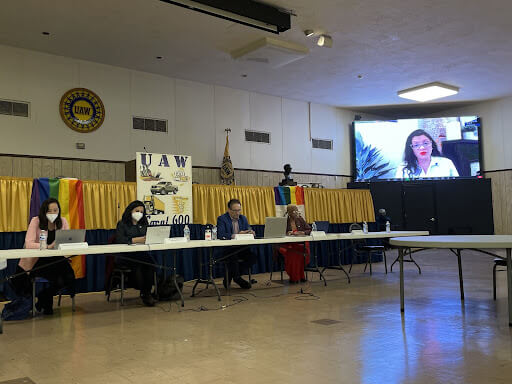 The panel discussion centered around the intersections of climate change, citizenship, paid leave, and bold climate action at the federal level, with lawmakers explaining why they believe now is the time to take action to protect our communities and meaningfully address the climate crisis. On Friday, March 4 at 12p.m., there will be a similar event featuring Rep. Brenda Lawrence (D-Southfield). You can register for Friday’s event here, and feel free to check out  a recording of Tuesday’s event here.

Representative Helena Scott: A Voice for Clean and Affordable Energy

In this week’s scorecard focus, we will be highlighting Rep. Helena Scott (D-Detroit)! 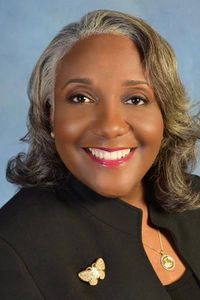 Rep. Scott is a strong advocate for conservation policies to help improve the lives of all Michiganders. Throughout her first term in the legislature, Rep. Scott has been an emerging leader in the House Energy Committee advocating for a fair and equitable transition to cleaner energy. Rep. Scott has also co-sponsored legislation to create the weatherization jobs program, increase funding for the Low Income Home Energy Assistance Program (LIHEAP), provide for lead testing in schools and daycare facilities, and require an impact study and consideration of cumulative pollution levels when granting air quality permits.

As we enter into another election year, public accountability is more important than ever before.  As part of our ongoing commitment to holding decision-makers accountable for their record on conservation and democracy issues, Michigan LCV maintains a legislative scorecard to track how each lawmaker has voted on key environmental priorities each session. The legislative scorecard is part of Michigan LCV’s accountability suite, which also includes our executive scorecards, How Green is Your Governor and How Green is Your Attorney General, and our judicial scorecard, the Green Gavels tool.

To learn more about Rep. Scott and her voting record, or to check your own lawmaker’s score, check out our digital scorecard!