This week we will be diving into several federal candidates vying to represent the Mitten in the U.S House. Below are previews of four of the eight candidates the League of Conservation Voters has endorsed in 2022. To donate to these and other pro-environment candidates, go to the environmental donation platform GiveGreen and search for their profile!

Carl Marlinga served almost 40 years as Macomb County Prosecutor and most recently served as a judge on the 16th Judicial Circuit Court. As prosecutor Marlinga took on corporate polluters that threatened the Great Lakes and has pledged to strengthen the EPA while in Congress. Listen here to Marlinga sounding off on the greed of big oil. 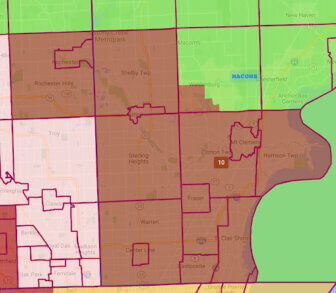 In earning the League of Conservation Voters’ endorsement, Marlinga stated:

Saving the environment is a moral obligation that we owe to ourselves but more importantly to our children and our grandchildren. We have been late in answering the call but instead of worrying about what was not done in the past we have to commit ourselves with all of our energy and all of our resources to clean up our skies, take care of our lakes, rivers and streams and save our planet.”

Marlinga’s opponent is John James, a familiar face who is running for the seat despite losing his last two senate bids and living in another congressional district entirely. The race is a close one, with the new configuration of the district narrowly voting for Donald Trump in 2020. Forecasters have marked the race as “Likely Republican” in part due to James’ fundraising edge. However, Marlinga believes his connection to the district and James being seen as an outsider gives him a good shot to come out on top. To donate to Marlinga and learn more, go to his page on GiveGreen.

Congresswoman Elissa Slotkin is running for re-election in a reconfigured Lansing-based district against current State Senator Tom Barrett. The district includes much of the current 8th district she currently serves, but no longer includes Slotkin’s hometown of Holly, MI. Rep. Slotkin has since relocated to Lansing. 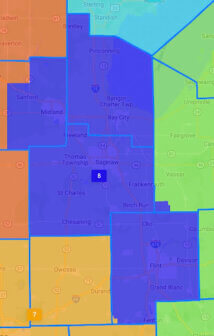 As a lawmaker, Rep. Slotkin earned a 100% score on the League of Conservation Voters recent scorecard and has been a champion on key environmental priorities such as PFAS contamination and protecting Michigan’s waters.

The new district is seen as a “toss-up” and is the most expensive U.S House race in the nation. Seen as a key to control of the House of Representatives for both parties, this seat is crucial for maintaining an environmentally friendly Congress. To donate to Slotkin and learn more, go to her page on GiveGreen.

Congressman Dan Kildee is running for re-election in the newly configured 8th district that encompasses his hometown of Flint and the Tri-City area of Midland, Saginaw and Bay City. He faces Paul Junge, who unsuccessfully challenged Rep. Elissa Slotkin in the 2020 election cycle. 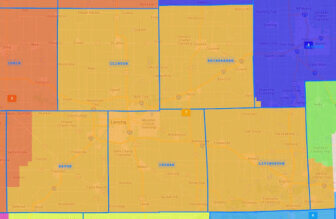 This race is Rep. Kildee’s toughest re-election yet as much of his district has become more conservative since he first took office in 2013. Forecasters have ranked the district from a “toss-up” to “lean Democratic”. President Biden won the new configuration of the district by just 2 points in 2020. To donate to Kildee and learn more, go to his page on GiveGreen.

Hillary Scholten is a lawyer who worked in the Justice Department during the Obama administration, as well as for the Michigan Immigrant Rights Center most recently. Living in Grand Rapids, Scholten narrowly lost to the current Representative Peter Meijer in 2020. 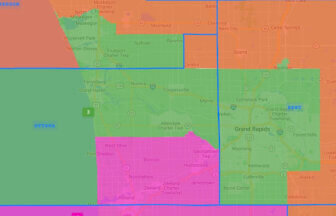 This time around she faces a more radical opponent in John Gibbs, who worked in the Trump administration and defeated Meijer in the Republican primary. The district is the most favorable a district in west Michigan has been to Democrats in a long time, but Scholten still faces a tough race. The district is viewed as only leaning Democratic despite President Biden winning the district by nine points in 2020.

In earning the League of Conservation Voters’ endorsement, Scholten stated:

I am proud to receive the endorsement of the League of Conservation Voters Action Fund. As a mom, a Michigander, and a year-round angler, I am dedicated to protecting our water – whether it be the water from our faucets or safeguarding the Great Lakes, and our precious rivers and streams. In Congress, I will fight to ensure our drinking water is free from PFAS and other harmful chemicals, work to bring green energy jobs to West Michigan, and help reduce our reliance on foreign oil by promoting electric vehicle production,” said Hillary Scholten. “I look forward to working with the League of Conservation Voters to protect our environment for the health, safety, and enjoyment of the people across the Great Lakes State.”

To donate to Scholten and learn more, go to her page on GiveGreen.

With so many critical issues relating to the protection of our water and climate action on the ballot this November, electing candidates who have demonstrated a commitment to making a difference is of utmost importance. Stay tuned as next week we provide analysis of the remaining Congressional races in Michigan ahead of Election Day!