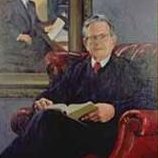 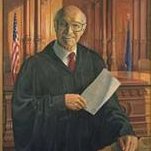 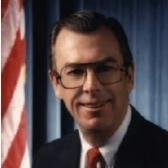 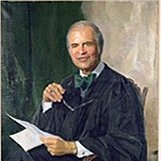 In the 1970s, algae blooms in Lake Huron were destroying the lake, killing fish and growing foul-smelling and sometimes toxic slime. In response, Gov. William Milliken (R) reorganized the DNR and transfered powers from the Water Resources Commission (WRC) to it, among these the power to restrict the phosphorus content in cleaning products which, when washed into the Great Lakes, created the algae blooms. The Natural Resources Commission, which directs the DNR, issued a rule restricting the phosphorus content in cleaning detergents to a level far stricter than that enacted by the legislature or that existed at the federal level. Detergent manufacturers sued to block the rule, but the Court upheld it, ruling that legislation allowed for executive agency rule-making on phosphorus levels and that the Governor had the authority and did transfer rule-making power from the WRC to the DNR. As a result, algae blooms decreased in Lake Huron and the Governor’s ability to protect the Great Lakes was preserved.

A group of cleaning product manufacturers challenged a state regulation prohibiting the sale or use in Michigan of cleaning products containing certain levels of phosphorous. They argued that the Natural Resources Commission did not have the authority to make the regulation because the Michigan Legislature gave the power to make phosphorous regulations to the Water Resources Commission in the Cleaning Agents Act. In addition, the manufacturers argued that the NRC could not set a phosphorous content regulation more stringent than the one originally set by the legislature in the Cleaning Agents Act. The Court denied the manufacturers’ request to block the regulation, holding that the NRC had the power to set the phosphorous content rule.

In 1971, the Michigan Legislature passed the Cleaning Agents Act to protect water quality by restricting the phosphorous content of cleaning agents. The statute prohibited the sale or use of cleaning agents containing phosphorus in excess of 8.7% by weight. The statute also provided that the Water Resources Commission (WRC) would create rules to carry out the law, and that the rules “may further restrict the phosphorous content” of cleaning products. In 1973, the Governor transferred most of the statutory duties of the WRC to the Department of Natural Resources, as part of an executive branch reorganization. Subsequently, the head of the Department of Natural Resources, the Natural Resources Commission, made a new, more stringent phosphorous rule, prohibiting the use or sale of cleaning agents containing phosphorous in excess of 0.5%. The cleaning agent and household detergent manufacturers sought to block the law, arguing that the NRC did not have the authority to set the more stringent phosphorous rule.

Does the Natural Resources Commission have the authority to regulate the phosphorous content in cleaning materials in order to protect water resources?

Justice Williams, joined by Justices Ryan, Fitzgerald, and Kavanagh, held that the NRC had authority to create the phosphorous regulation. The court focused on two critical questions. The first was whether the legislature, when establishing the 8.7% level for phosphorous, intended to preclude administrative agencies from establishing further restrictions. The court found that the plain language of the statute demonstrated that the legislature clearly expected that the Water Resources Commission would set more stringent phosphorous regulations in the future. The second question was whether the Governor had the ability to transfer these rulemaking powers from the WRC to the DNR. The Court found that the Governor has, and had indeed exercised, such power.

Justice Levin, joined by Justice Coleman, dissented on the grounds that the Governor’s transfer of power from the WRC to the DNR was ambiguous, and thus that the WRC retained the power to create phosphorous regulations.