Build Back Better for Us: Edward Pinkney

As a freshman attending the East Texas University, the Rev. Edward Pinkney was asked to intervene after some older, Black students took over the chemistry building in protest and threatened to blow it up. 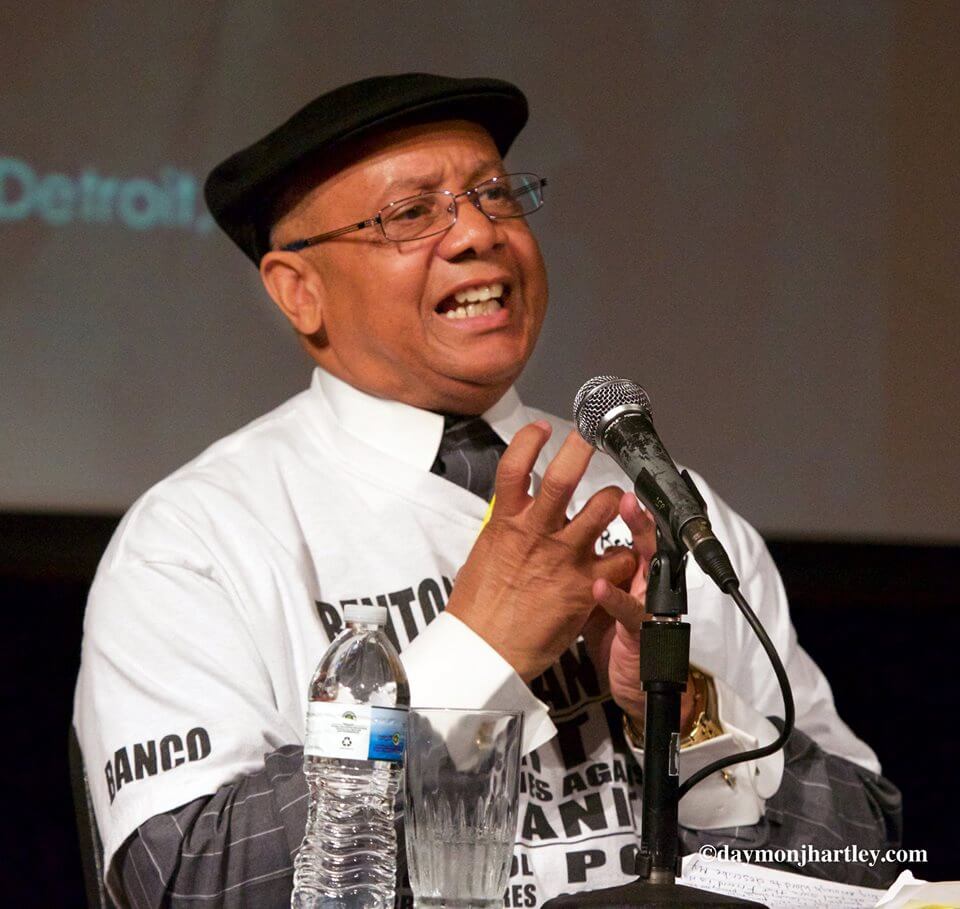 Pinkney didn’t know the protesting students but courageously entered the building to talk to them about their concerns—the harassment and attacks they faced whenever they ventured into town, the terrible food, and inequities on campus. He listed their demands, took them to university officials and negotiated for the students. While police threatened to arrest the students, the university officials delivered pizza and agreed to their demands. None of them was arrested.

For his role in resolving the standoff, Pinkney became a big man on campus and learned a valuable lesson that would motivate him through his life: “You can’t win if you don’t fight.”

Today, the minister and president of the grassroots Benton Harbor Community Water Council, is leading a fight for the 10,000 residents of Benton Harbor, an impoverished majority Black city in southwest Michigan, who are living with lead-contaminated water.

“For at least three years, the people of Benton Harbor have been living with contaminated water. We urgently need safe, clean water right now—today,” he said in a recent online news conference.

Besides leading a group of 20 community activists and public advocacy organizations to ensure residents have access to bottled water, water filters and information about the dangers and health risks of lead poisoning, Pinkney supported filing a petition with the U.S. Environmental Protection Agency in September.

The petition called for federal intervention to obtain safe water supplies for Benton Harbor residents, shining an international light on the issue and sparking comparisons to the Flint water crisis, which became a national symbol for environment justice.

The nonprofit Great Lakes Environmental Law Center, which helped spearhead the EPA petition, has reported that since fall 2018, more than 60 Benton Harbor homes have tested for lead levels in their drinking water that exceed the federal government’s lead action level of 15 parts per billion.

One home tested for 889 parts per billion, which is nearly 60 times the federal safety limit.

Pinkney, now 72, says some residents don’t understand the potential impact on their health—and particularly on their children’s health, which could have lifelong effects.

“They say, ‘I don’t drink the water. I drink bottled water,’ Pinkney said. “I tell them, ‘but you cook with the water, and you bathe in it and give it to your pets.’”

Exposure to lead can seriously damage a child’s health, including lowered intelligence quotient, and other injuries to the brain and nervous system, slowed growth and development, learning and behavioral problems and challenges with hearing and speech.

No safe blood lead level in children has been identified, according to the Centers for Disease Control and Prevention.

“We need all the lead pipes replaced,” Pinkney said.

In the Flint water crisis, which started in 2014, residents were sickened, suffered hair loss, sores, and other skin problems after water with excessive lead levels flowed from the untreated Flint River through old, corroded lead pipes.

As a result, women suffered miscarriages, children had unexplained health and behavioral issues and some residents died.

“We don’t need another Flint and we need help to stop this crisis right now,” Pinkney said.  “We are asking the federal government to intervene for the sake of our elders and children. Lead is poison. Lead kills. We desperately need funds to Build Back Better immediately.”