Palencia Mobley, P.E. was appointed as the Deputy Director and Chief Engineer of the Detroit Water and Sewerage Department by Mayor Mike Duggan and approved by the Board of Water Commissioners in January 2016. She is currently responsible for the engineering, facilities, capital construction and regulatory affairs of the department. Prior to her appointment as Deputy Director, Mobley led the operations negotiations on behalf of the City for establishment of the new Great Lakes Water Authority (GLWA). The GLWA is a regional water authority which pays the DWSD $50 million per year for the next 40 years to lease and operate the water and wastewater treatment facilities which serve Southeastern Michigan. This lease payment will be the primary funding source for future infrastructure investments.
Under her leadership, the department has increased its renewal of water and sewer infrastructure from 10 miles per year to 50 miles per year since 2018. Since 2010, the department had only invested $2 million in green stormwater infrastructure (GSI) projects, with a permit requirement to invest $50 million by 2029. In her short tenure, $21 million in GSI is constructed and the department is on track to meet its obligation by 2026. Since being at DWSD, she has led the DWSD maintenance team to improve customer service, and the engineering and finance teams to triple the annual water and sewer infrastructure investment in Detroit to $60 million. This included redirecting internal assets such as people, hardware and software to improve the processes.

Mobley, an authority on water infrastructure and environmental engineering, has more than twenty years of experience in planning, design, construction administration and management services for water and wastewater utilities across the country. In 2015, she co-authored a proposal to the U.S. Department of Housing and Urban Development that resulted in an $8.9 million discretionary allocation for planning and resiliency for the City of Detroit. Mobley is passionate about green infrastructure for stormwater management and use of Detroit’s greatest asset, publicly owned land, to mitigate the impacts of climate change. In 2018, she was responsible for the passage of the City of Detroit’s first post construction stormwater ordinance.

Mobley is a graduate of the University of Michigan with a Bachelor of Science in Chemical Engineering and Wayne State University with a Master of Science in Civil and Environmental Engineering. In 2006, she became one of the youngest minority women to ever attain licensure as a Professional Engineer in the State of Michigan. In July of 2018, Mobley was appointed by the governor to the Michigan Infrastructure Council, a state led board responsible for implementing an asset management strategy for infrastructure for the next 30 years. Mobley has been recognized by Crain’s Detroit Business as a notable woman in STEM (May 2019) and a 40 Under 40 Award recipient (September 2019). She is also a graduate of the 2020 Water Leadership Institute program administered by the Water Environment Federation. She also serves as the Vice Chair of the Northwest Collaborative Community Development Corporation. She was also appointed as Co-Chair of the Water Infrastructure Task Force (2022) for the Southeast Council of Michigan Governments (SEMCOG). Mobley is currently a participant in the Duke University Water Innovation and Leadership Development program (Graduation December 2022). 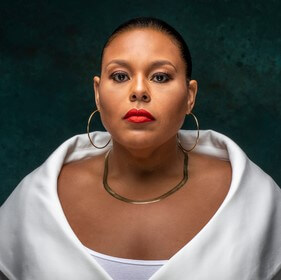