The Michigan LCV family is mourning the tragic loss of life after a gunman opened fire at a Tops Supermarket in a predominantly Black neighborhood in Buffalo, NY, last week, killing ten innocent people. This senseless, premeditated act of targeted racial violence against Black Americans is the latest example of the systemic racism that is so pervasive in the United States and is nothing short of domestic terrorism.

The Michigan LCV staff and board extend our deepest condolences to the families of those killed in Buffalo last week:

Michigan LCV condemns the continued white supremacist violence against the Black community, and we reaffirm our commitment to being part of the solution and fighting against racism in forms.

Climate Change requires a response centered in equity. We often use the term “just transition” to describe a fair transition to a clean energy economy centering those who have been impacted by climate change the most and workers in the extractive industries. While there are still plenty of climate deniers on the opposite side of the spectrum, something far more sinister is emerging with frightening consequences: Ecofascism.

Myths perpetuated by the far-right seek to blame climate change on racist theories of overpopulation, and immigration. This rhetoric fueled by mainstream talk show hosts and current elected office holders has been cited by violent extremists like the Christchurch shooter in New Zealand and by the Buffalo shooter this weekend.

The myth these extremists believe in is pretty easy to debunk. Based on the 18th century Malthusian myth, they believe certain undeserving people, primarily black and brown people, are using up too many resources. Influenced by white supremacy, these extremists use immigrants and people of the global south as scapegoats for supposedly causing climate change and environmental degradation.

It is important to acknowledge that these concepts have crept into modern-day environmentalism at times – not long ago it was not unusual for major environmental groups to have staff or campaigns focused on overpopulation at the international level. It’s a sign of progress that many environmental groups have now recognized the harms and flaws of “population control” advocacy that tended to be centered on certain countries and regions.

We know as a matter of fact that it is primarily rich nations in the West that are driving climate change. Just 100 corporations are responsible for 71% of global emissions. Countries like the United States and those in Western Europe have had free reign to pollute the air to develop their economies all while extracting valuable resources from developing nations through colonialism and corporate domination. 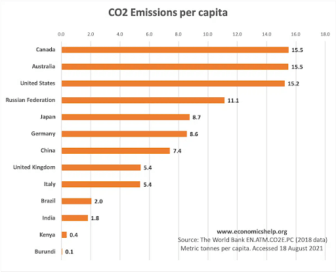 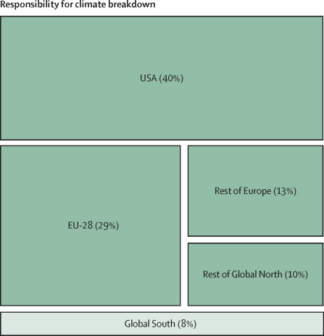 A just global transition would require richer nations to adopt clean energy faster while poorer nations would be given more time and assistance from richer nations to do so. Listen here to see how rich nations at the U.N responded to requests to assist the global south. We must wholeheartedly reject false narratives stooped in racism as we address climate change and fight for a better and more equitable world.

Last month, Michigan LCV helped execute the first-ever Oakland County Climate March in Royal Oak. The event drew hundreds of people and featured a fair with tables from a variety of climate action organizations, remarks from local elected officials including Oakland County Executive Dave Coulter, and a march through Royal Oak as a chorus of concerned voices called for meaningful action to address the climate crisis. 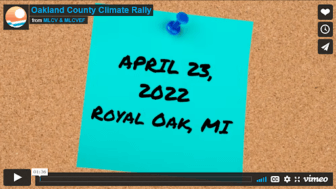 The time is now to take the bold action needed to address climate change and protect Michigan communities from the worst impacts. We urge you to contact your lawmaker and urge them to introduce legislation to help implement Gov. Whitmer’s MI Healthy Climate Plan and put Michigan on track to achieve carbon neutrality and quickly transition to a clean energy economy.

Click here to send your lawmaker a message today!