Roe v. Wade: Last Friday, the Supreme Court overturned Roe v. Wade, ruling that a woman’s right to an abortion is not enshrined in the Constitution and returning the decision to the states, more than a dozen of which have laws banning abortion. 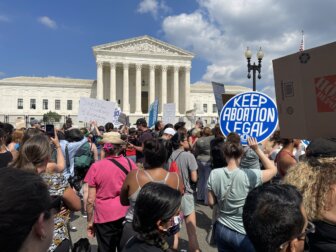 January 6 Insurrection: The House select committee heard new testimony Tuesday from Cassidy Hutchinson, a former top aide to President Trump’s chief of staff Mark Meadows, that detailed Trump knew that people in the crowd were carrying weapons (and urged them to march on the Capitol anyway). Trump even wanted to join the mob, and got into an physical altercation with his Secret Service detail after he was told it wasn’t possible.

Climate Catastrophe: After countries emitted 36 billion tons of carbon and greenhouse gasses in 2021, the world’s carbon dioxide levels are the highest ever recorded in human history. This news comes as the IPCC reports that while urgent action is needed to cut emissions in half by 2050, carbon emissions are rising by 16% in 2022 alone, and have risen by 65% since the first United Nations Climate Change Conference.

In the span of about a week, the Supreme Court drastically altered long standing legal precedent, issuing decisions that arguably dismantle the separation of church and state, eliminate certain gun safety laws, weaken Miranda rights, and cut back the rights of sovereign Tribal nations.

The most egregious decision, Dobbs v. Jackson Women’s Health Organization, was issued last Friday when the court ruled 6-3 in favor of overturning Roe v. Wade, the landmark case protecting the constitutional right to abortion for the last 50 years, returning authority to states. More than a dozen states, including Michigan, reverted back to existing or recently-passed laws banning abortion. However, Michigan’s 1931 law banning abortion received a temporary injunction and reproductive care will still be provided in our state for the time being. 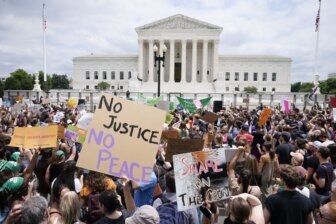 The Dobbs decision flies in the face of legal precedent and appears to be more about enforcing a political agenda that seeks to control the bodies of women, girls, and anyone who can become pregnant. Restricting abortions has been shown to pose extreme dangers for reproductive health, leading to dangerous alternatives or limiting healthcare access to only those that can afford it.

Despite consistent polling showing more than two-thirds of Americans want abortion to be safe and legal in all or most cases, the political right praised the decision as a win that has been decades in the making. For Congressional Democrats, who have had multiple opportunities to codify abortion rights in Congress in the past, the decision shows the party’s massive failure in prioritizing the protection of abortion rights (or successfully pushing back on the GOP’s increasingly extreme ideological stances overall). 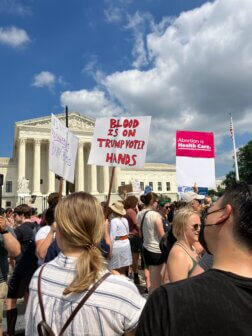 The consequences of Dobbs will disproportionately impact many of the same people (BIPOC and low-income folks) that already shoulder the burden of injustices of all kinds, including threats to our environment. The effects of pollution, including climate change impacts, are huge stressors to reproductive health, highlighting how access to healthcare is vital to creating a sustainable, equitable future.

Unfortunately, this court still isn’t finished. Tomorrow morning the court is expected to deliver a major blow to the federal government’s ability to fight climate change in West Virginia v. EPA which deals with the EPA’s ability to regulate greenhouse gas emissions. The court’s ruling could extend into other federal agencies, with one scenario effectively limiting federal agencies’ authority to regulate anything. Michigan LCV will provide more updates and reactions as we watch closely for this decision.

It’s easy to feel overwhelmed and helpless when the U.S. Supreme Court seems so locked in to rolling back bedrock laws and precedents now and in the future. But many folks are bringing forward productive steps that decision-makers and individuals can take to help change course, and we thought we would share a few of those good ideas:

Getting involved with an organization working toward justice through your time, energy, and money is a great way to channel fear, frustration, and anxiety into positive change. Prioritizing self-care is really important too, so we hope you can carve out some time and space to do that this week.