Welcome to the October 27, 2022 edition of Three Things Thursday! This week we take a look at some everyday heroes who are working to ensure our democracy is safe and fully functioning, recent news about electric school buses, and President Obama’s visit to Michigan this weekend.  Within all this, I share some personal stories and pay tribute to two amazing people whom I wish were still with us today. Let’s jump in!

1. Amplifying the stories of Democracy All-Stars: The People Who Make Our Elections Work

In partnership with Common Cause Michigan, Michigan LCV Education Fund is launching Democracy All-Stars: The People Who Make Our Elections Work, a collection of videos showcasing Michiganders from across the state working on the frontlines of our elections and democracy. These stories illustrate how poll workers, clerks, volunteers, and poll challengers make Michigan’s elections accessible, accurate, and secure.

Our first video features  Todd, a precinct chairperson in Kalamazoo who has worked in elections for 22 years. 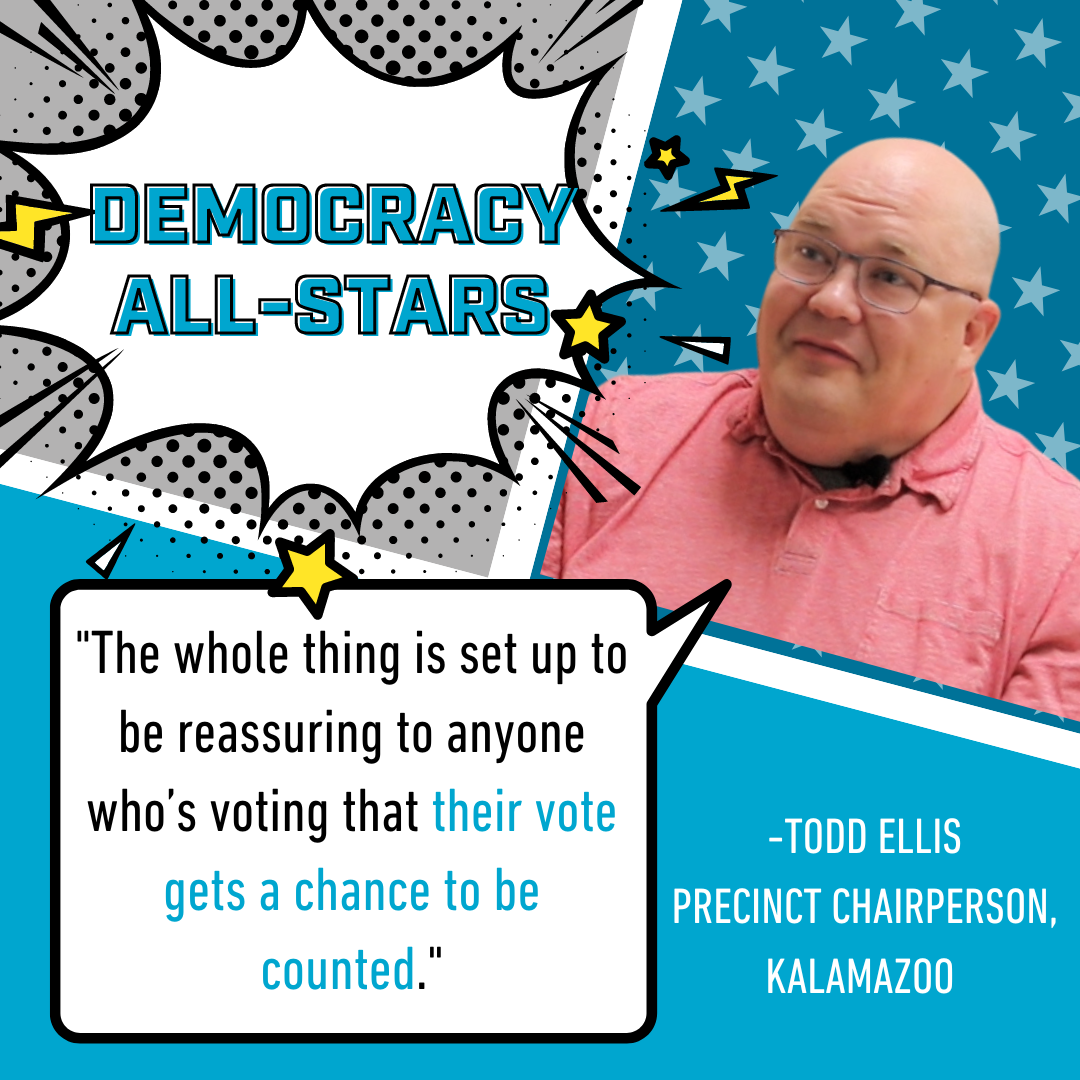 Our second video features Shams, a volunteer civic engagement organizer in Dearborn who works to build trust in our elections process by ensuring voters have the most accurate information they need to vote, whether absentee or in person. 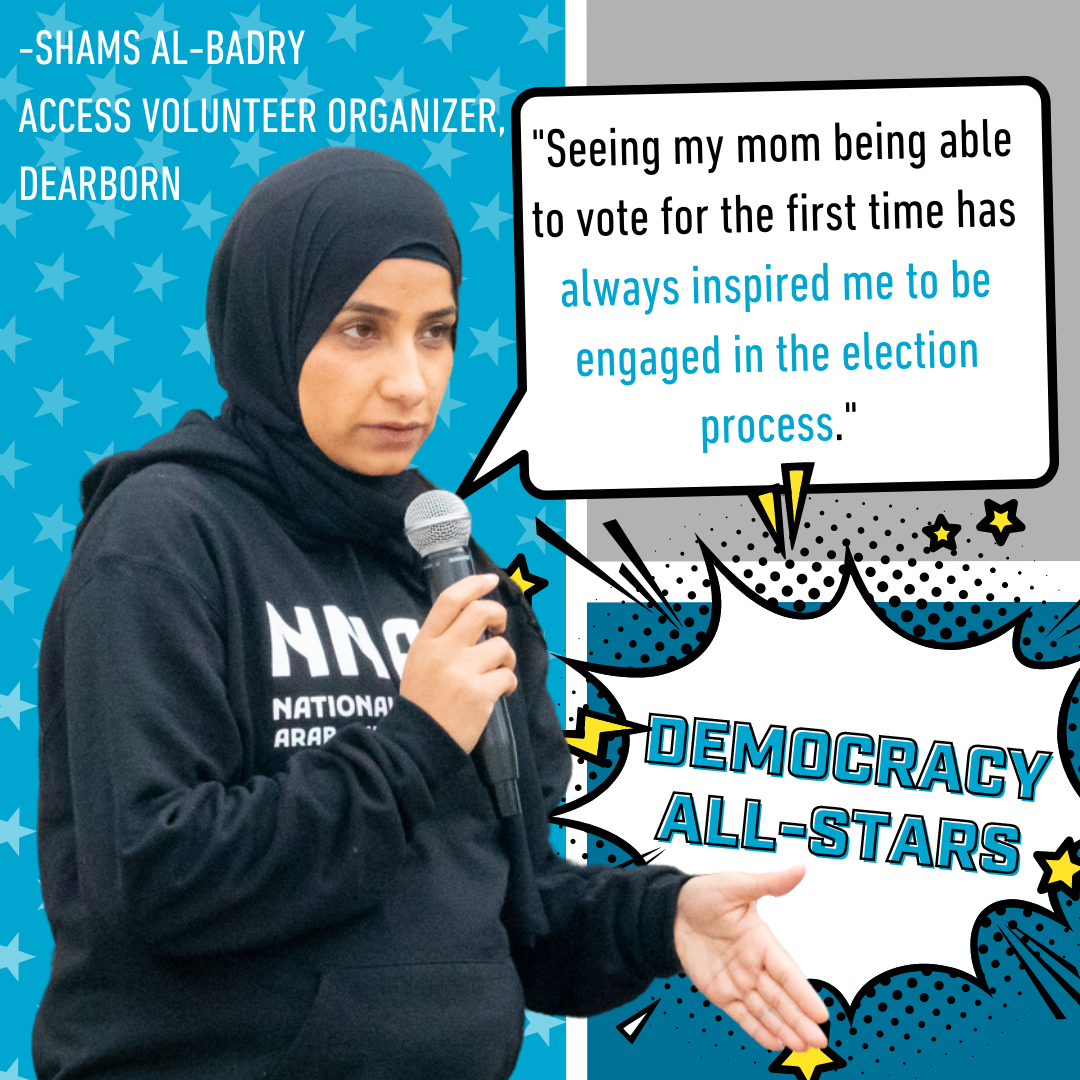 As you know, the importance of a fair, accessible, and secure democracy cannot be overstated. Voting in elections is how we make our voices heard, elect our leaders, and affect change in our communities. But our democracy only works if we all can participate.

We will be releasing four more videos in the days leading up to the election. With voting already underway in Michigan and Election Day just 12 days away, I encourage you to share these videos with friends, family and colleagues. There are so many Michiganders who need to know about the incredible people who make our elections work for everyone!

There was some great news regarding climate action yesterday!  The Environmental Protection Agency (EPA) announced $1 billion in federal funding for zero or low-emission school buses that will go to nearly 400 school districts across the country, helping electrify more than 95% of all school buses in the U.S.

Nearly 20% of the fund will go to the Midwest and $54 million of those funds will come directly to Michigan, the state that has both requested and been awarded the highest percentage of federal dollars. With this new funding, 25 Michigan school districts will be getting 138 new electric school buses in addition to the 17 currently in use in 7 districts across the state. Thank you Governor Whitmer for your leadership in making sure Michigan was at the front of the pack!

These new school buses will provide a critical boost for school-related transportation while setting a new standard in the electrification revolution. Furthermore, 99% of the funding will go to districts in low-income, rural and Indigenous communities, both here in Michigan and across the country.

With more than 90% of school buses currently running on diesel, the electrification of the school bus fleet across the country will not only reduce carbon emissions, but protect the health of school kids by reducing exposure to exhaust and gasses known to cause cancer and asthma. I am thrilled to say that 10 of these new buses are headed to Ypsilanti, my hometown, and the Ypsilanti Public Schools are calling this “a game-changer!”

The move away from polluting diesel has been a long-standing effort on the part of the environmental community. In the Southwest, some of my friends in the state Leagues (Colorado, New Mexico)  have led the charge in bold partnership with the Latinx community.  Here in Michigan, I give the Ecology Center, based in Ann Arbor, a ton of credit for their early work on this issue. I remember years ago their fierce advocate and my good friend, Mary Beth Doyle – who was tragically killed in a car accident in 2004 – kick-starting an anti-idling campaign to bring attention to the air pollution being inflicted upon students. 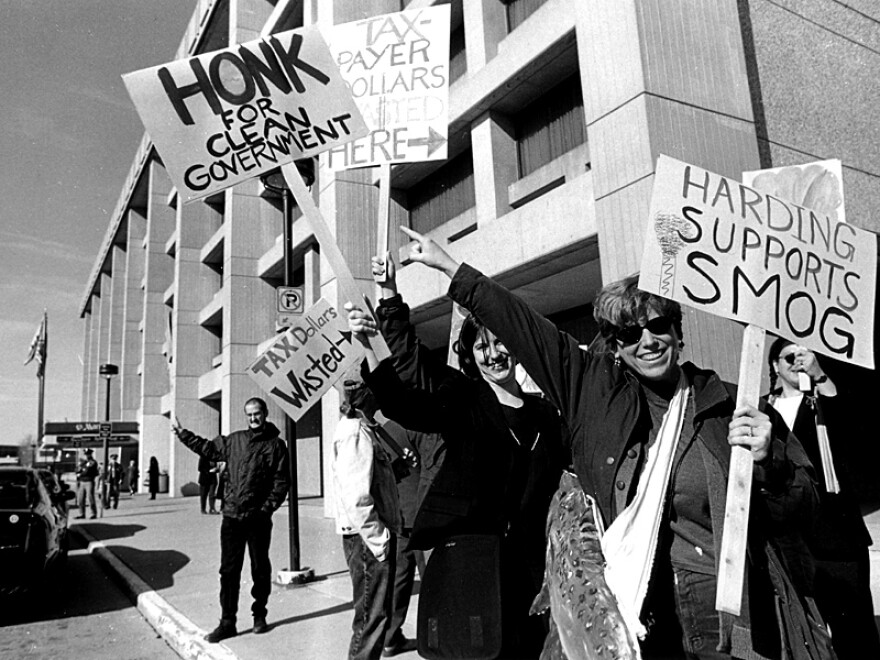 Mary Beth was an awesome champion for clean air and environmental justice. I think she’s up there beaming at this great news from the EPA and the State of Michigan.

3. President Obama in Detroit on Saturday

With Election Day less than two weeks away, former President Barack Obama is set to speak about the importance of voting at a rally in Detroit on Saturday!

Many members of the Michigan LCV team will be present for this grassroots event, which is focused on elevating the enormity of the issues at stake in this midterm election and electing strong candidates up and down the ballot.

I have had the privilege of seeing President Obama speak a number of times. I attended both his first and second inauguration and many of the festivities that surrounded those momentous occasions. I also heard President Obama speak in Holland in 2011 and I heard him speak again at the University of Michigan in 2016. 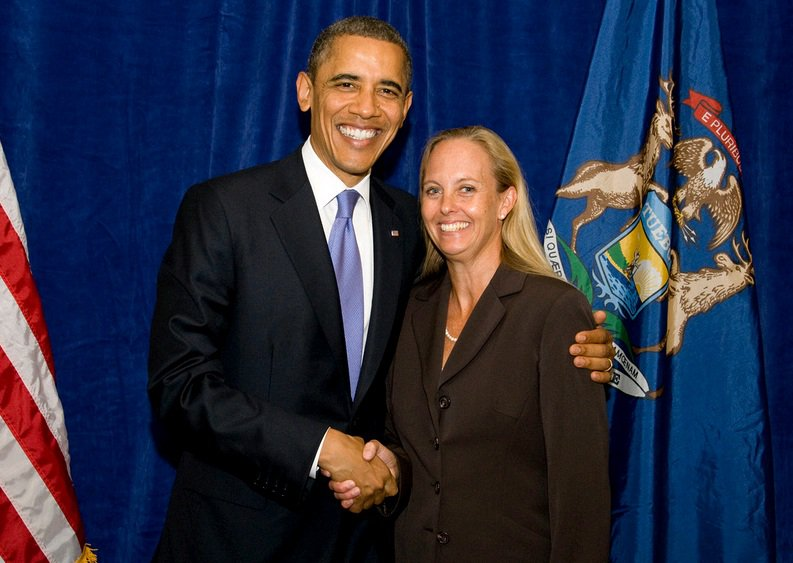 Each and every time, President Obama not only inspired me, but left me feeling hopeful despite the enormous challenges facing our nation and the world.  That’s why in 2011, I made sure our young intern, Ryan Mark-Griffin (who is now a successful attorney practicing in Michigan) joined me to hear the President. Ryan Mark-Griffin and me at Johnson Controls in Holland, MI where President Obama spoke in 2011.

This year, it’s important once again that Michigan LCV’s young teammates attend the rally on Saturday, and they will be doing so enthusiastically. 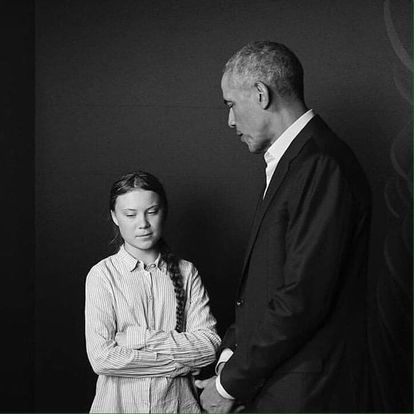 Finally, this week marked the five year anniversary of Doug Glancy’s death. Doug was an amazing man and beloved member of the Michigan LCV board of directors. He was an enormously important advocate in the climate crisis movement and a friend to so many. 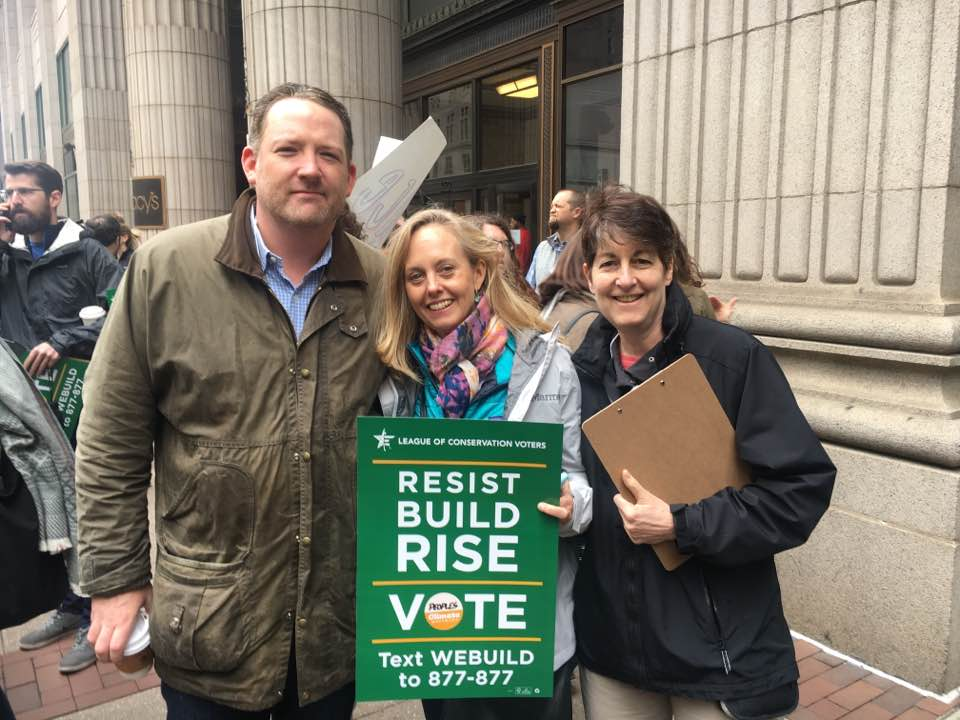 April 2017, Climate March in Philadelphia. Doug, me and MLCV board member Denise Thal.

I still can’t believe that Doug is gone. He would be so proud of the work being done by this organization and the climate commitments made by Governor Whitmer. I wish I could tell him, “There is so much more work to be done, but progress is being made Doug. We have rolled up our sleeves and will carry on!”

With that, my friends, promise me two things: (1) live life to the fullest, embrace every moment, celebrate the beauty and wonder of this planet and (2) commit to doing at least one thing to motivate others to vote, whether it’s knocking doors, making calls, sending emails/texts.  People can still vote early if they go to their clerk’s office, just tell them to complete their ballots ASAP and return them to their clerk’s office or drop boxes (they should not mail them–it’s too late to guarantee receipt by November 8). If your friends plan to vote on Election Day, make sure they have a concrete plan for doing so. Every vote is critical.

As I say every week, thank you for all you do to support our work!