Welcome the July 7, 2022 edition of Three Things Thursday! This week the focus is on why having strong clean energy/climate change leadership at the state and local levels matters so much, along with the latest re: the voting rights ballot initiative.

Before diving in, however, I want to invite you to an exciting upcoming event. On Wednesday, July 13, we’re gathering at Detroit’s legendary Baker’s Keyboard Lounge for “Blue in Green: Jazz for the Environment.”  I’m thrilled to say that this celebratory event will feature renowned jazz keyboardist and recording artist Gerard Gibbs, who recently released his debut album! Gerard tours the country with amazing jazz musicians, such as Marion Meadows, Ronnie Laws, and James Carter, and has collaborated with the likes of Stevie Wonder, Kandace Springs, and Gladys Knight.

The event starts at 6 p.m. Get your tickets here! 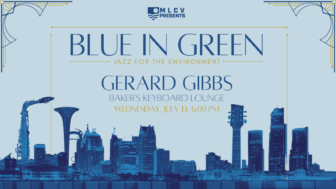 On June 23, the Michigan Public Service Commission (MPSC) issued its decision on a settlement between Consumers Energy, Attorney General Nessel and environmental advocates around Consumers’ five-year energy plan, which is called an integrated resource plan, or IRP.

An MPSC-approved IRP locks in utility companies over a multi-year period, determining which energy resources they plan to use. The settlement reached in the Consumers’ case is big news because the utility company agreed to stop burning coal by 2025 and committed to major investments in clean energy, battery storage and energy efficiency for the long haul.

Since Consumers Energy first filed their proposed IRP last June, a broad coalition of frontline organizations, local businesses and clean energy advocates, including Michigan LCV, have worked tirelessly to inform and organize members of the public, putting pressure on Consumers Energy to commit more fully and completely to a clean energy future. I’m delighted to say that, over the course of the past year, more than 4,500 individuals submitted comments to the Michigan Public Service Commission and Consumers Energy, itself.

Here are some of the toplines from the approved plan. Consumers Energy will:

This news is truly a celebratory step forward for Michigan’s transition to clean, renewable energy.

With the Supreme Court’s recent decision in West Virginia v. EPA, which weakened the EPA’s ability to regulate greenhouse gas emissions, state level progress on transitioning to clean energy is more important than ever. In this Bridge article, both DTE and Consumers are quoted responding to the Supreme Court decision:

“But Michigan’s big utilities say despite the decision, shifting public sentiment and increasingly cost-competitive wind and solar energy are driving them to phase out coal-fired power plants and ramp up renewables even absent federal regulations compelling them to do so.

Calling climate change “one of the defining issues of our time,” DTE spokesperson Peter Ternes said the utility remains on a path to be carbon-neutral by 2050. The utility’s Trenton and Saint Clair coal-fired power plants will be retired this summer. Its last remaining coal plant, the Belle River plant south of Saint Clair, is slated to close in 2028.

Consumers Energy spokesperson Josh Paciorek likewise said the company remains on track to close all of its coal plants by 2025 and go carbon-neutral by 2040 “because it’s what’s best for our customers and our planet.”

While we love the sound of this, it’s our job to make sure that the two companies stay true to their word. The Michigan LCV Team remains committed to making sure everyone can participate in the clean energy future, which means doing away with things like the legislative cap on roof top and collective community solar. Our work is far from over!

Last Friday was the first Friday in July, which means it was time for WEMU 89.1 FM’s 1st Friday Focus on the Environment show. This month, Program Director David Fair and I had the chance to speak with Kris Olsson, who is not only the watershed ecologist at the Huron River Watershed Council, public relations officer with Washtenaw Climate Reality, chair of the Washtenaw County Environmental Council, and trustee with Ann Arbor Township, but also a representative of the “Yes to Ann Arbor Climate Action Campaign”.  Kris had her “Yes to Ann Arbor Climate Action Campaign” hat on for the show.

The focus of our conversation was on two local ballot proposals in the Ann Arbor area – one that will be on the ballot in August and one in November – both of which are significant steps to address the climate crisis.  Let’s start with the latter, which was the bulk of the interview with Kris.

The City of Ann Arbor is one of the strongest leaders on municipal climate action, not only in Michigan but across North America. However, despite over 40 years of continued commitment to environmental protection, sustainability, and climate action, the City has never dedicated the financial resources necessary to achieve deep and sustained climate action. This reality was further exacerbated with the (bold and necessary) adoption of a city-wide 2030 carbon neutrality commitment.

In November 2022, Ann Arbor voters will have the opportunity to secure a long-term funding stream through a vote to approve a twenty year millage – the “Climate Action Millage” – that would create a “Climate Action Fund” to support actions addressing climate change, advancing clean energy, moving to zero waste, building resilience to impacts, and more.

Kris did a great job of providing the rationale for the millage and details regarding what the millage will do, both in the near term and into the future. I encourage you to listen to the show, as well as check out the A2Zero Plan in its totality.  You may also want to read the A2 City Council Resolution (including the ballot language) and/or check out the Ann Arbor City Council’s priorities and guidelines related to the millage.  It’s all good stuff!

We also touched on the “Vote Yes on Transit August 2” campaign , which is supporting a millage to increase funding for the Ann Arbor Area Transit Authority (AAATA or “TheRide”), the operator of the public transportation system in the greater Ann Arbor area.

Expanding transit services is not only key to improving equity in Ann Arbor, Ypsilanti, and Ypsilanti Township, TheRide is an important and active partner of local carbon neutrality and sustainability initiatives (NOTE: public transit is a critical tool in reducing pollution from the transportation sector).  You can find out more information on the decision to include this millage on the August Primary ballot in this  MLive article. The campaign Website is https://www.movingusforwardtogether.com/.

Over the past months, the Michigan LCV Team has been supporting the Promote the Vote 2022 ballot petition to protect our freedom to vote from attacks – many of them stemming from the “Big Lie” – and expand options for Michiganders to make voting more accessible. 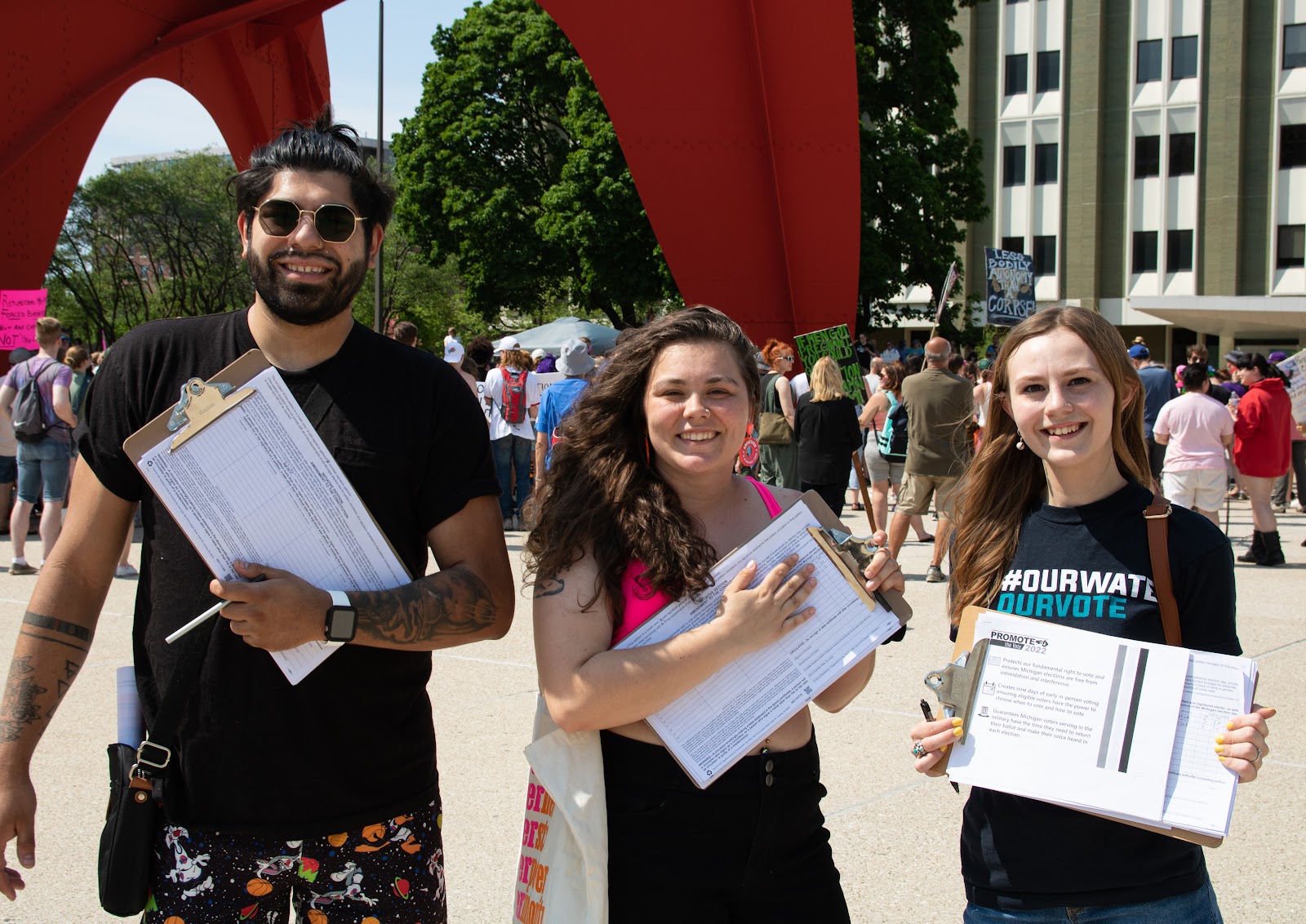 Michigan LCV formed a Ballot Question Committee to officially support the effort, which is called “Our Water Our Democracy,” and our team has been out talking to voters at the doors, farmer’s markets, libraries and public events, gathering signatures and working to amplify the benefits of this initiative to the public.

Monday, July 11 is the deadline: all signatures must be turned into the Secretary of State’s office. (As a reminder, to qualify for the ballot, we need 425,000 valid signatures.)

As an active part of the Promote the Vote 2022 coalition – alongside the ACLU, League of Women Voters, Voters Not Politicians and many others –  we are confident that we are on track to meet the signature threshold. The coalition has been blessed with thousands of volunteers who have come out of the woodwork to be a part of this critically important effort.  Collectively, we have built a significant buffer, collecting 100’s of thousands of signatures beyond the threshold in order to ensure we have enough to qualify for the ballot. 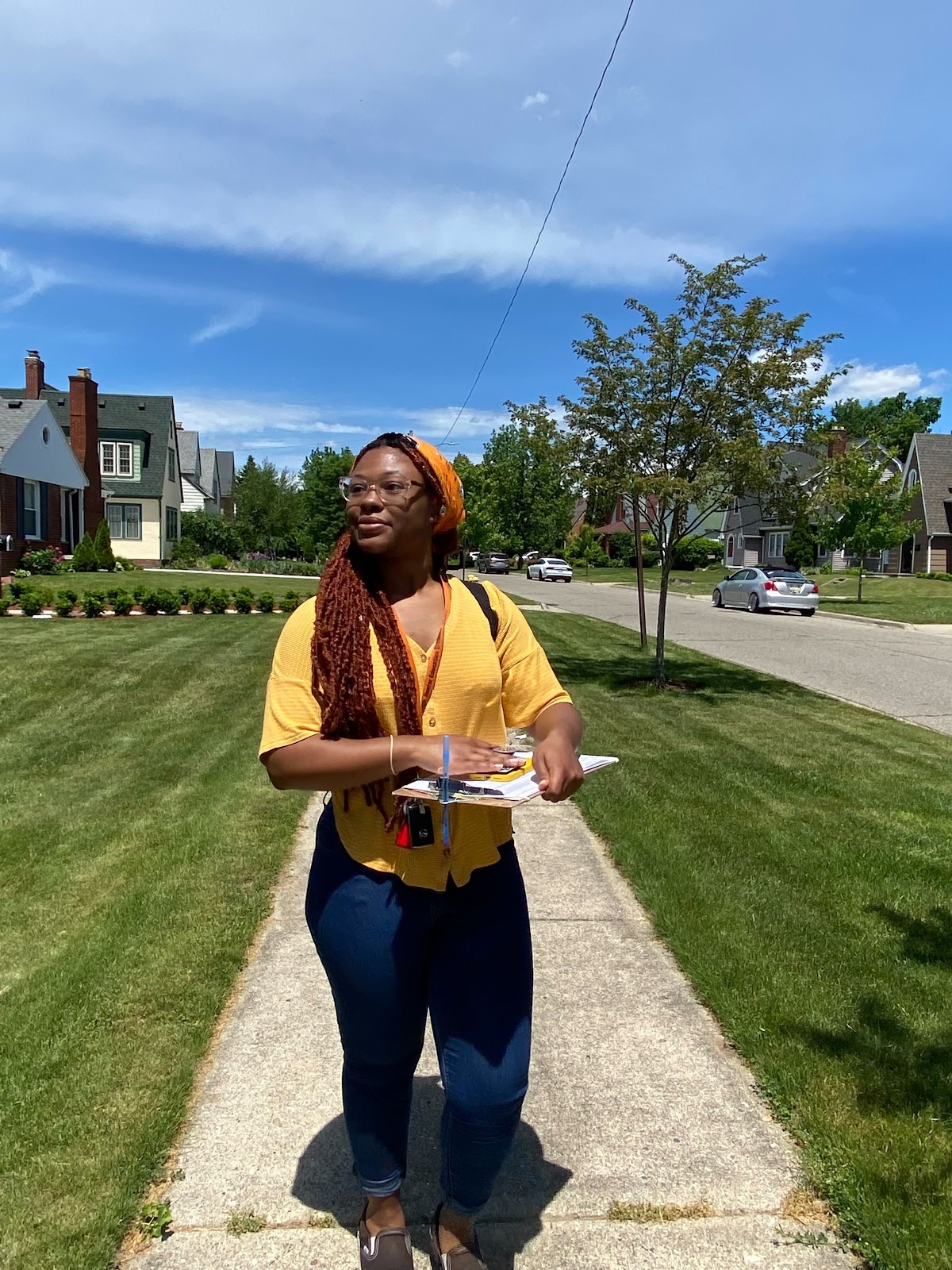 Stay tuned for more information on Promote the Vote 2022 in the coming weeks!

As always, thanks for all you do to support our work. For those of you in SE Michigan, I hope to see you at Baker’s Keyboard Lounge next week.  Please stay safe and healthy. May you find time to enjoy the beauty and bounty of this incredibly beautiful state.