Action on PFAS, fair and equitable elections, major victory for our public lands

Welcome to the July 23rd edition of Three Things Thursday.  I hope this message finds each and every one of you safe and healthy. This week’s Three Things are…well, let’s just say it’s been a VERY full week!

Yesterday marked the conclusion of a year-long process to protect Michiganders from toxic PFAS chemicals.

The Joint Committee on Administrative Rules (JCAR) held a hearing on what are called Maximum Contaminant Levels (MCLs) for PFAS, which in effect set actionable drinking water standards for PFAS contamination. Despite resistance from some members on the Committee, JCAR, as a whole, took “no action” on the rules, which means they become official and go into effect.

It is important to note that Michigan embarked on this journey of establishing science-based protections for known, dangerous PFAS chemicals under the determined leadership of Governor Gretchen Whitmer. Knowing that toxic PFAS has been found in the drinking water of over 100 communities across the state, and hearing consistently from concerned citizens, the Department of Environment, Great Lakes, and Energy (EGLE) held public meetings, engaged stakeholders and worked to develop standards designed to protect human health and the environment.

From press conferences and grassroots organizing to direct engagement in the rulemaking process, the Michigan LCV team has been deeply committed to getting these critical water protections in place.

While this news may get lost in the cacophony of noise that bombards us every day, I want to emphasize that this is a MAJOR step forward for protecting Michiganders and our communities from toxic contaminants in drinking water. With these new rules, Michigan has some of the toughest standards for PFAS in the nation.

You can read our press release on the standards here.

In other PFAS-related news, on Tuesday we worked with members of Need Our Water (NOW) Oscoda and Congressman Dan Kildee to organize a virtual press conference, the purpose of which was to put continued pressure on the U.S. Air Force to clean up PFAS contamination stemming from the Wurtsmith Air Force Base.

The press event was timed in advance of a meeting between the Air Force and the Wurtsmith Restoration Advisory Board Meeting, which took place Wednesday evening. I’m pleased to say that our team helped generate stories in Michigan Radio, the Alpena News and NBC 25.

You can read the full press release we sent out following the press conference here.

This is a prime example of our continued commitment to elevating the voices of impacted communities and building strong coalitions.

Lansing wasn’t the only place with a big win on Wednesday; there was actually good news out of Washington, D.C., believe it or not.  The U.S. House of Representatives passed–with huge bipartisan support–the Great American Outdoors Act. The vote was 310-107.

Assuming President Trump will sign this into law, passage of the Great American Outdoors Act means that–for the first time in history–there will be permanent and full funding for the Land and Water Conservation Fund, which provides essential funding for public lands, green spaces, and parks, and also includes provisions that support clean, safe drinking water. It also creates a National Parks and Public Land Legacy Restoration Fund to pay for deferred maintenance projects on federal public lands — Michigan’s national park units alone have a backlog over $50 million in deferred maintenance projects!

It took many years and a broad coalition to get this legislation across the finish line, including a lot of work from our U.S. Senators Debbie Stabenow and Gary Peters, and– notably– Congresswoman Debblie Dingell, who not only gave a heartfelt floor speech about her late husband, Congressman John Dingell, and his legacy surrounding the original 1964 Land and Water Conservation Fund, but stood on the stage at the signing ceremony this morning with Speaker Pelosi.

I encourage you to read this powerful op-ed by Congresswoman Debbie Dingell posted in The Hill today that pays homage to Congressman Dingell’s work, while highlighting all the benefits this policy will have for our state and nation.

Our Partnerships team worked closely with the Michigan delegation throughout the last many months, and our Communications team stepped up to amplify the urgency of this legislation through earned media and activating our membership to contact their Members of Congress.

Passage of the Great American Outdoors Act is definitely a glimmer of hope in tremendously hard times.

You can read our statement about the passage of this legislation here, which quotes our amazing Senior Partnerships Manager Bentley Johnson

As I’ve noted many, many times over the past many weeks: registering to vote and voting this election is more important than ever!

That’s why the team at Michigan LCV Education Fund is working day-in-and-day-out, engaging with municipal clerks, reaching out to voters, holding virtual events and partnering with other organizations to ensure Michiganders have all the information they need. It is imperative that every voter in Michigan have ample and equitable access to the ballot.

As part of this effort, we held TWO virtual “couch parties” this week. Our first event was on Monday and it was our largest “couch party” to date! We partnered with Vot-ER, an organization founded by emergency room physicians and others in the health care world to encourage patients to register and vote.  We also partnered with All Voting is Local Michigan, another terrific  organization committed to ensuring equal access to the ballot. 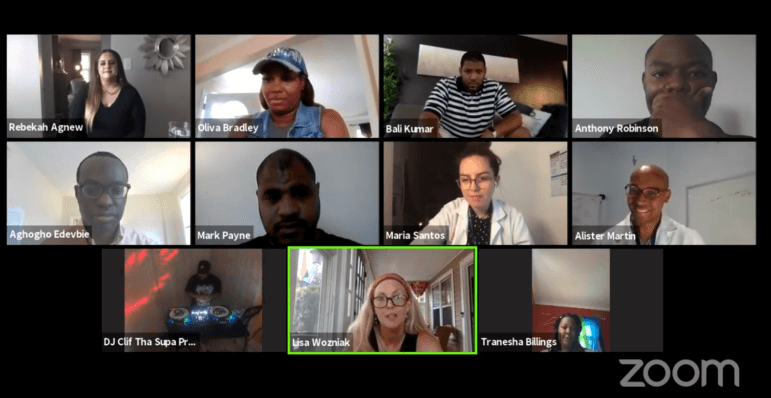 Our Monday event featured powerful presentations from our partners, including Vot-ER’s executive director, Dr. Alister Martin, who spoke about how his organization is helping engage and inform patients, especially those in underserved areas. (Dr. Martin’s words were incredibly moving–you can hear them by fast-forwarding to minute 10 in this Facebook Live recording–you won’t be sorry.)

We also heard from Tranesha Billings, a compelling new voter who talked about why she got registered to vote and will be heading to the polls for the first time during the 2020 elections.

I’m really proud to say that both our Monday and Wednesday “couch parties” also featured members of the Michigan LCV Board of Directors. Bali Kumar was a special guest on Monday, while Keith Cooley and George Davis joined us on Wednesday.  Talk about teamwork! 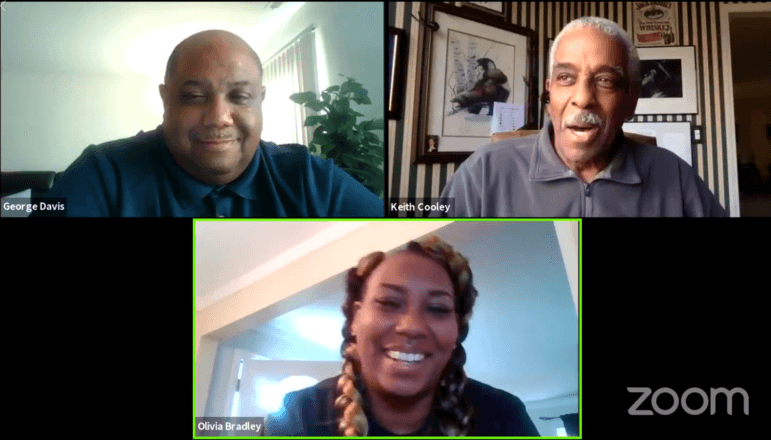 As always, thanks for all you do to support our work. I hope you find these weekly updates interesting and useful.

Be well. Be safe. More next week…

P.S.  If all of this news weren’t enough, there was more action on Line 5 and Enbridge, Inc., the oil pipeline company that continues to prove it cannot be trusted. On Wednesday, the Michigan Department of Natural Resources (DNR) released correspondence between the state agency and Enbridge revealing that the Canadian parent company–despite its claims otherwise–has not provided adequate financial assurance to the state in case of an oil spill in our Great Lakes. In fact, the correspondence–and Director Eichinger’s point-by-point explanation that was attached–clearly illustrates that Enbridge has been completely misleading the public about its financial assurances. The DNR called on Enbridge to sign an airtight agreement that it will be responsible for covering the costs of an oil spill in the Great Lakes. We aren’t holding our breath that they will sign.

We issued this statement about the matter to lift up this issue and continue hitting on our message that Enbridge can’t be trusted.

P.P.S. Today marks the 10th anniversary of the rupture of Enbridge’s oil pipeline spill into Talmadge Creek and Kalamazoo River near Marshall, MI — the most costly onshore oil spill in U.S. history. There is a lot to learn from this spill, with a lot of parallels to the Line 5 situation today. If you’d like to find out more about this Michigan tragedy, check out these discussions: the national Pipeline Safety Trust is holding two online events on the spill, held 17 hours apart to coincide with the time of the pipeline rupture and its eventual discovery (the first one starts at 5:58pm today). Also, our partners at Groundwork Center and Michigan Climate Action Network recorded a podcast with Larry Bell and National Wildlife Federation’s Beth Wallace looking back at the spill, as well as a recorded webinar from our friends at FLOW and the Oil and Water Don’t Mix coalition with community and tribal voices connecting the spill 10 years ago with the Line 5 threat today.