Welcome to the February 4, 2021 edition of Three Things Thursday. The start of February marks the start of Black History Month, a celebration of the rich Black history and culture in America. There are countless resources and avenues available as we learn and grow in our individual and collective understanding of the Black experience in America, something that everyone should explore. PBS, for example, has a calendar of amazing programming, including documentaries and short films, which I highly recommend.

This week’s edition of Three Things celebrates recent decisions and announcements pertaining to climate justice and voting rights, both especially pertinent given Black History Month.  In this week’s Three Things, I take a look at Governor Whitmer’s recently announced Climate Council and associated Climate Justice Brain Trust panel; I provide an update on our work on Line 5 and PFAS; and I include an overview of Secretary of State Joselyn Benson’s recently announced electoral reform legislative agenda.

Two important announcements came out of Lansing this week regarding Governor Whitmer’s MI Healthy Climate Plan and the state’s strategy to tackle the climate crisis.

Yesterday, Gov. Whitmer announced the appointment of 14 Michigan thought leaders to the Council on Climate Solutions (responsible for full implementation of the MI Healthy Climate Plan), including not one, but TWO Michigan LCV board members!

In addition, earlier in the week, the Department of Environment, Great Lakes and Energy (EGLE) announced the members of the newly established Climate Justice Brain Trust, a panel of five environmental and climate justice experts who will serve as an advisory group to the Council on Climate Solutions. The Climate Justice Brain Trust has been established to identify and address barriers and inequalities that communities of color face when dealing with the impacts of climate change and in receiving the benefits of strategies, like the MI Healthy Climate Plan.

The new “Brain Trust” is made up of an impressive group of climate champions and individuals, including:

As a reminder, the MI Healthy Climate Plan, announced by the Governor last fall, is a comprehensive plan containing specific, attainable goals to move Michigan towards a clean energy future and achieve 100% economy-wide carbon neutrality by 2050. The Governor’s plan aligns nicely with the recently announced plans by the Biden administration and establishes Michigan as a national leader in tackling the climate crisis. The Michigan LCV team has worked alongside Governor Whitmer and her team since her early days in office, pushing and supporting the administration to take bold action to address the climate crisis. These are important steps in the right direction and deserve recognition. If you’d like to thank the Governor for her leadership, you can do so here.

Over the past two weeks there have been two major developments related to the protection of our Great Lakes and drinking water, one involving Enbridge’s dangerous, antiquated Line 5 pipeline and the other involving toxic PFAS chemicals.

Last week, the Michigan Department of Environment, Great Lakes and Energy (EGLE) announced the approval of permits for Enbridge Energy’s proposed “oil tunnel,” which  the company hopes to build as a replacement for the Line 5 pipeline.

This was not great news and the Michigan LCV team responded immediately with a statement rebuking the decision that garnered coverage in the Detroit News, Michigan Advance, and Michigan Radio, as well as other media outlets around the state.

While the EGLE decision was certainly not what Michigan LCV and our allies had been hoping for, we find some solace in knowing that the fight is far from over.  And, Enbridge’s egregious track record and belligerent attitude does them no favors.  Remember, this is the same company responsible for the Kalamazoo River oil disaster in 2010, the largest inland oil spill in our nation’s history.

It’s important to know that Enbridge’s tunnel project still needs the review and approval from the U.S. Army Corps of Engineers and the Michigan Public Service Commission, both of which will consider the ramifications for the project, including the environmental impact. (EGLE’s decision to approve the permits did not consider important environmental implications of the proposal.)

Enbridge’s proposal is a “tunnel to nowhere.” With plans in the works like GM’s exciting electrification announcement, it is clear that Michigan will be ramping up electrification and renewable energy. We don’t need the oil Enbridge is transporting now and we won’t need it in the future.

Background on the Governor’s decision:

Following a thorough assessment of Line 5’s safety, the state found so many easement violations and falsehoods in reporting the part Enbridge Energy that Governor Whitmer revoked the easement for the pipeline.  No surprise, Enbridge has since been fighting the decision, recently issuing a statement indicating that the company will defy the Governor’s order to cease operation.

The proposed tunnel is Enbridge’s “solution” to the grievances aired by the coalition of individuals, organizations, and communities in Michigan (including Michigan LCV) that have been calling for the dangerous and damaged 68-year old pipeline to be decommissioned.  The immense risk posed by the pipeline to the health and safety of the Great Lakes far outweighs any benefit that it brings, as Line 5 is located in one of the most ecologically sensitive areas in the world and threatens 21% of the world’s fresh surface water.

Last year, Michigan adopted some of the nation’s most stringent PFAS drinking water standards, setting an example for the type of action needed to address this serious public health issue across the country. Although new standards are now in place, PFAS remains a serious issue in Michigan. The “forever chemicals” continue to contaminate drinking water and cause health problems, including cancer, for Michiganders and their communities. It is clear that tackling toxic PFAS contamination necessitates action on the federal level.

The task force sent a letter to President Biden and held a virtual press conference calling for action from the White House and government agencies to address contamination and implement federal PFAS standards for drinking water. It is estimated that the taps of over 200 million Americans contain at least trace levels of PFAS.

Congressman Kildee specifically called on the Environmental Protection Agency (EPA), the Food & Drug Administration (FDA) and the Department of Defense (DOD) to take serious and immediate action to address PFAS contamination in all areas that impact people’s drinking water and health.  Unfortunately, Michigan is all too familiar with the Pentagon’s lack of action on PFAS. Last year, after over a decade of inaction, the Air Force finally committed to addressing PFAS contamination that has poisoned Van Etten Lake and the Au Sable River in Oscoda near the former Wurtsmith Air Force Base (although nothing has been done to date).

As PFAS continues to gain notoriety, both governments and corporations are starting to take action. For example, McDonald’s has pledged to stop using PFAS in its packaging by 2025.

Last week, the Grand Traverse County Board of Commissioners approved funding for homes in East Bay Township with well water that has been contaminated with PFAS.

The launch of the Congressional PFAS Task Force is a step in the right direction, but it will take coordinated action from the Biden White House, the Pentagon and Congress to make this effort effective. I can assure you that the Michigan LCV team will be working with our delegation every step of the way.

On Monday, Secretary of State Jocelyn Benson and Deputy Secretary Heaster Wheeler announced a new legislative election reform agenda. Following unprecedented voter turnout during the 2020 election, which was complicated by COVID-19, there were unfounded and ultimately unsuccessful efforts to overturn the election results. As we saw in the weeks following November 3rd, there were some state leaders who sought to make it (even) harder to vote, especially for communities of color.

Given the 2020 experience, Secretary Benson and her team have proposed a number of important changes and purposely announced the reform package on the first day of Black History Month, recognizing the role that Black voters in Detroit played in the November elections and making it clear that equity across Michigan’s voting system is integral to all elections.

The proposed legislative agenda focuses on protecting every Michigander’s fundamental right to vote, especially after the overwhelming passage of Proposition 3 in 2018, which instituted same-day voter registration, no-reason absentee voting and other changes to Michigan’s election law.

While presenting the reform details, Deputy Secretary Heaster Wheeler quoted National Youth Poet Laureate and Biden Inauguration speaker Amanda Gorman: “Now is a time for bravery because our elections themselves have been threatened, but voting rights are civil rights.”

During the 2020 election when the pandemic hampered in-person voting and experts predicted delayed Election Day results (especially from key swing states), states like Georgia and Florida produced results much quicker than Michigan due to their election laws, which allow for absentee ballots to be counted prior to Election Day. 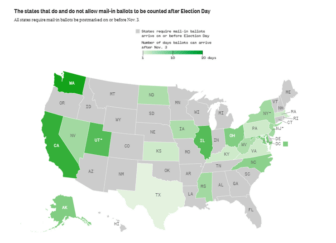 The reforms proposed by Secretary Benson are pro-voter and make good, common sense.

Last November, there were 3.3 million absentee ballots cast and 30,000 same-day registrations for Michigan voters statewide.  At the core of the Benson legislative agenda is the idea that voting and Michigan’s election process needs to be strong, secure, accessible to all.  Michigan LCV applauds Secretary Benson and her team for putting this critically important legislative agenda forward and we plan to actively support action to make this proposal a reality.

As always, thank you so much for your ongoing support of our work. We could not do all that we do without you.

Last week, we debuted our newest communications tool: the Capital Catch-Up! This weekly update is a one-stop-shop for everything you need to know about what is happening in Lansing related to environmental protection, climate action, public health and a fully functioning democracy. The Catch-Up includes details on topline issues and expert analysis from our Government Affairs team. Make sure to keep your eyes open for the next edition and future editions every Friday!