“While we do need to invest in Michigan’s roads and water infrastructure, we cannot just build bridges to have them crumble from the impacts of climate change. Congress needs to ensure the Build Back Better Act is passed,” said Bentley Johnson, Federal Government Affairs Director for Michigan League of Conservation Voters.

On Aug. 24, the U.S. House of Representatives passed a budget resolution setting the framework for the Build Back Better Agenda. Now, Congress could have a vote on the full package in the coming weeks. Environmental and justice advocates are urging Michigan’s Congressional Delegation to finish the job and vote “Yes” on President Biden’s Build Back Better Act.

Congress has been actively deliberating the $1 trillion federal bipartisan infrastructure package along with President Biden’s Build Back Better Act. Some members of the Michigan Delegation have vowed to vote “no” on the bipartisan infrastructure package unless it is taken up alongside the Build Back Better Act. Advocates that gathered today urged Congresswoman Slotkin and the full Michigan Delegation to pass both bills together.

“Black, Indigenous, and People of Color have suffered the worst effects of running a society on dirty energy with higher rates of asthma and cancers, flooding impacts and more. We must prioritize funding for the communities that have been harmed most,” said Juan Jhong-Chung, Michigan Environmental Justice Coalition.

“The transition to clean energy and electric vehicles means good paying jobs for Michiganders. The Build Back Better Act is not just necessary for fighting climate change, it will also create a robust economy. We need to pass the federal infrastructure bill and the Build Back Better Act together,” said Jennifer Teed, Michigan Unitarian Universalist Social Justice Network.

“The shift to electric vehicles and cleaner, cheaper power sources is already underway,” said Frank Houston, Michigan Regional Program Manager. “Other countries are moving fast to develop and produce the vehicles and technology of the future and the jobs that go with them. We can’t afford to lose this race. Policy makers need to act now to invest in manufacturing, infrastructure, and our workers and communities to seize the opportunity of the clean economy. For Michigan’s working people and communities that are experiencing the impacts of extreme weather, the choice is clear – we need to act and act proactively to remain a leader in this space, secure good paying jobs, and reap the benefits of the transition for communities across Michigan and the nation.”

“Poll after poll finds that both the Build Back Better agenda has overwhelming and bi-partisan public support – including paying for them by having the rich pay their fair share in taxes. Voters majorities in the House and Senate on the power of President Biden’s vision of the Build Back Better Agenda – and it is time to deliver in full,” said Ken Whittaker, Executive Director at Michigan United.

“We have a real window of opportunity to take bold climate action. That’s why EDF Action and Michigan Climate Team are doing everything they can to urge Congress to tackle the climate emergency head on with bold climate action in the Build Back Better agenda. This will not only ensure our national security, but will also make important investments to build a cleaner, healthier and more equitable future while also creating good paying clean energy jobs right here at home,” said Tina Catron, Organizer for Michigan Climate Team, an EDF Action grassroots campaign.

“As flooding in Michigan and wildfires and drought in the West destroy lives, homes, and businesses, and as warnings from the Intergovernmental Panel on Climate Change make clear, it’s essential that Congress seize this historic chance to make truly significant investments in our future,” said Tim Minotas, Legislative and Political Coordinator for the Sierra Club Michigan Chapter 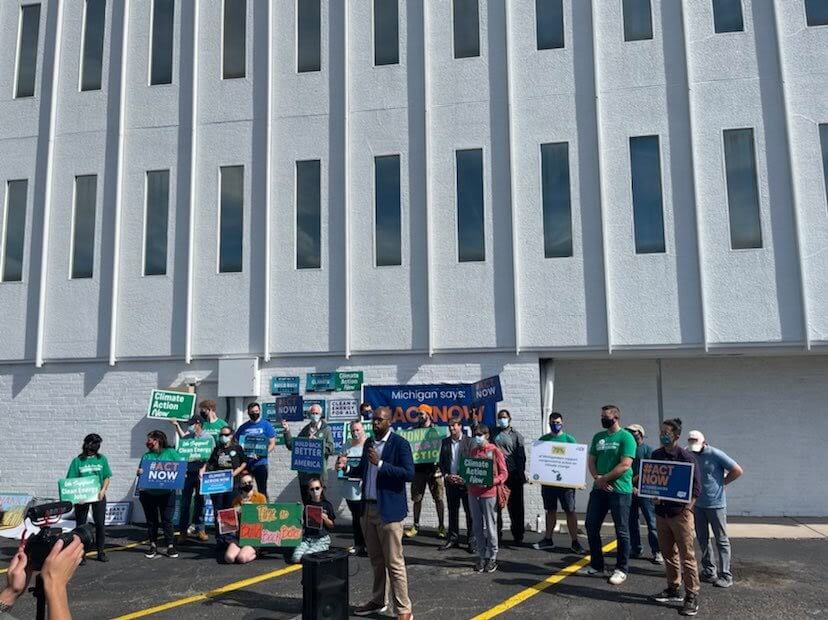 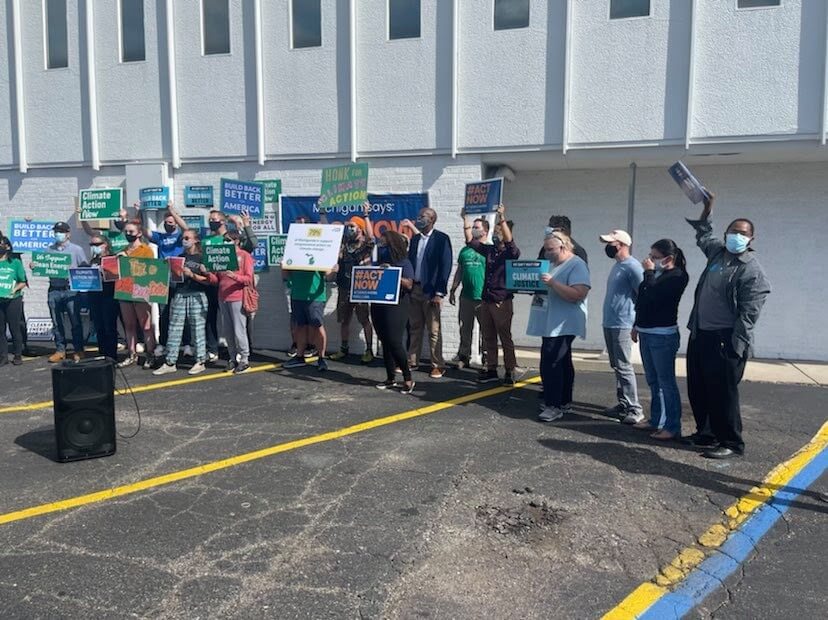 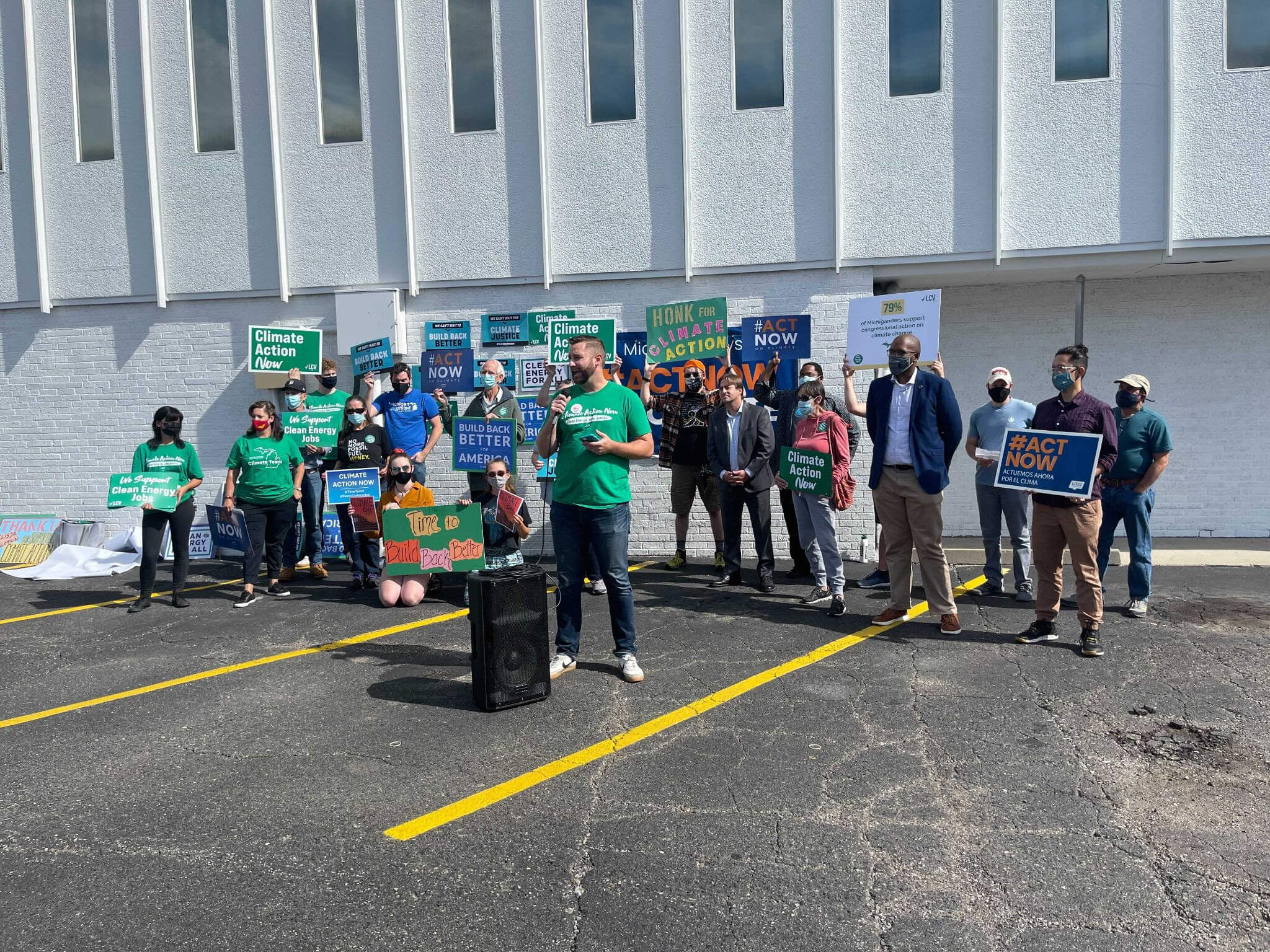