Two bills heard last Wednesday in the Senate Energy and Technology Committee have the potential to accelerate the build out of Michigan’s clean energy economy as we address the climate crisis. 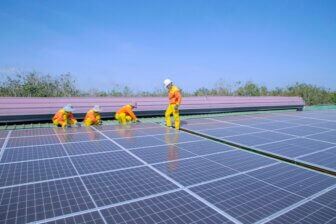 Senate Bills 1106 and 1107 would introduce solar payments in lieu of [real property] taxes (PILT) and create a more predictable, uniform, and level tax field for utility scale solar investment. Over the next ten to 15 years Michigan’s major utilities have promised to build more than 10 gigawatts of new solar in Michigan. With federal passage of the Inflation Reduction Act (IRA) and the bi-partisan Infrastructure Investment and Jobs Act (IIJA), billions of dollars will be moving into the clean energy sector. Solar PILT legislation is an important part of the transition to clean, renewable solar.

Michigan must position itself through policy and appropriation actions to ensure that we maximize both the direct federal funds flowing into the state and the private economic investment they generate.” – Nick Occhipinti, Michigan LCV state government affairs director

Here’s a look at what Senate Bills 1106 and 1107 would mean for expanding clean energy deployment in Michigan:

Thanks to a number of factors, Michigan is positioned as a leader in the large-scale buildout of clean, renewable, and efficient energy. This includes infrastructure that will build the next generation of prosperity and Michigan community resilience, but we must take action now to capture the opportunity. High quality solar PILT legislation is fair, predictable, consistently applied, and established in a manner that encourages local units of government to site facilities within their jurisdictions, and Michigan LCV believes in creating a tax and regulatory environment that will foster clean energy growth.

The recently passed Inflation Reduction Act (IRA) contains benefits for Michiganders that will help families reduce energy costs, implement clean energy alternatives, and reduce climate emissions by about 40% compared to 2005 by 2030. With a 50% reduction needed over the next eight years to avoid the worst impacts of climate change, a whole-of-government approach is integral.

Last week, Gov. Gretchen Whitmer announced executive directives and investment related to the IRA that will help Michigan reduce carbon emissions, take full advantage of the savings and benefits spelled out in the legislation, and stimulate clean energy manufacturing. 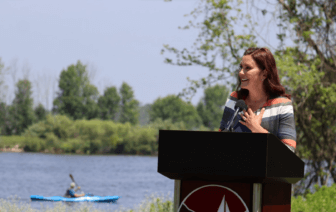 Here is a look at what the governor’s directives entail:

There is no doubt that a massive reduction of carbon emissions across the state, country, and globe is needed to meaningfully address the climate crisis. These directives correctly reinforce the notion that Michigan must take action to best position the state to optimize economic opportunity and quality of life as the nation and world address climate policy.

After the Board of State Canvassers (BSC) deadlocked in their decision to certify it, the Michigan Supreme Court ruled last Thursday that the Promote the Vote 2022 ballot proposal should be placed on the ballot for November’s general election. 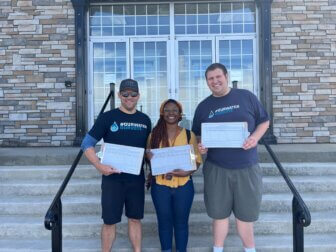 The proposal, which seeks to expand voting rights and voting access in the state, has been a key area of focus for Michigan LCV over the past year. As a partner of Promote the Vote 2022, Michigan LCV leaned into signature gathering efforts throughout the late spring and early summer, helping collect a portion of the over 669,000 signatures from Michigan voters who support fair, secure, accessible elections and a system of democracy that works for everyone who participates.

Judge Rules Enbridge Has Been Trespassing

Last Thursday, U.S. District Court Judge William Conley sided with the Bad River Band of the Lake Superior Tribe of Chippewa Indians in Wisconsin, ruling that the presence of Enbridge Energy and the Line 5 oil pipeline on tribal land for nearly a decade constitutes trespassing. In the ruling, Judge Conley did not suggest the entire pipeline be shut down, but ordered Enbridge to compensate the tribe with a portion of Line 5 profits earned since the lease expired in 2013. 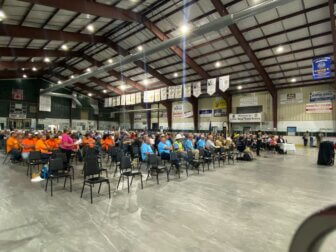 A large crowd turned out in St. Ignace last Thursday to provide input to the U.S. Army Corps of Engineers at a public hearing on Enbridge’s proposed Line 5 tunnel project. As part of its Environmental Impact Study (EIS), the Army Corps is accepting input from the public at another virtual hearing on October 8, as well as written comments through October 14.