Last week, the GOP-led Senate approved a revised version of their 2023 budget proposal that would not only slash critical programming from the state’s departments, but also failed to appropriate millions of federal dollars marked for Michigan.

As discussed in last week’s edition of the Catch Up, both the House and the Senate have proposed slimmed down versions of next year’s budget in order to make room for a $2.5 billion tax cut. However, the tabled federal funds, which came to the state through the Infrastructure, Investment, and Jobs Act (IIJA), are restricted, meaning the dollars can only be used for the programs the federal government has allocated them for. These programs and dollars include:

By refusing to move money towards critical, already funded programs, the GOP-led legislature is undermining both rural Michigan towns and larger cities, all of which continue to suffer from crumbling infrastructure. Moreover, the problem is compounded for low-income and under-resourced communities, which oftentimes are not only unable to afford to fix their infrastructure themselves, but also lack the staffing capacity and resources to apply for state and federal grant programs.

Last Friday, Michigan LCV issued this statement against the GOP budget proposals. In addition, our team is working to push key members of the House and Senate Appropriations committee to agree on a serious budget in the halls of the Capitol and by working with our volunteer team to directly connect constituent voices to key lawmakers.

Picture of the Week: Lead service lines in the City of Charlotte, Eaton County 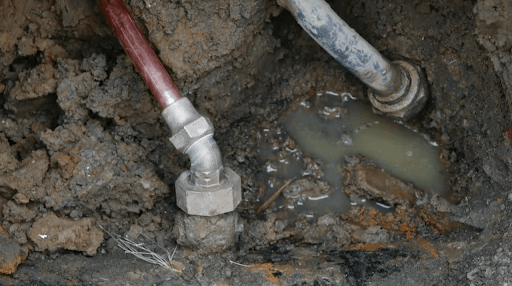 There are an estimated 450,000 lead service lines still in use throughout the state of Michigan, many of which are in under-resourced communities that not only cannot afford to replace the lines on their own, but also lack the capacity to apply for federal and state grant assistance. Initiatives like the Community Technical, Managerial, and Financial support program that was recently rejected by the Michigan Senate are necessary to help communities access the funds to replace dangerous water lines, protect drinking water sources, and improve public health.

Tom Baird has served on the Natural Resources Commission since March, 2021, and was recently appointed as the Commission’s chair. 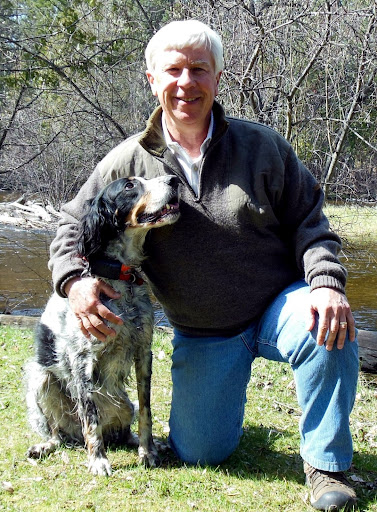 The Natural Resources Commission issues hunting and fishing regulations and provides advice to the Director of the Department on Natural Resources on a wide variety of natural resource topics. Prior to joining the Natural Resources Commission, Tom served on the board of For the Love Of Water (FLOW), an organization working to protect and conserve Michigan’s water resources, and as president of the Anglers of the Au Sable, an organization working to advance conservation of the Au Sable River through the celebration of its rich fishing history. We are lucky to have him as an advocate for conservation issues in Lansing!

Q: How did you become interested in serving on the Natural Resources Commission?

I first learned about the Natural Resource Commission’s work when I took up fly fishing on the Au Sable River. At the time, the Commission was considering special fishing regulations to protect the river from overuse. After looking at the scientific facts, the Commission changed the rules to the great benefit of the fishery and the river as a whole. Since then, I have been interested in how we can use the best science to effectively manage and regulate our natural resources, especially fish and wildlife; and, I look forward to continuing that work as chair of the Commission.

Q: Why is it important to protect our public lands?

It is impossible to overstate the importance of Michigan’s natural resources. Michigan’s land and water defines us, our way of life, and our economy. Our land includes spectacular, unique places; our waters, including the Great Lakes and our inland lakes, rivers and streams, make up the largest freshwater system in the world; and, three of our largest economic drivers – agriculture, manufacturing, and tourism – directly depend on maintaining a healthy system of public lands and water. It is important to use our natural resources and public lands wisely to benefit the state, its people, and future generations.