This Week in Lansing

State of the State: Clean Water at the Kitchen Table, and Electric Vehicles Will Drive Michigan’s Economic Future

Wednesday night, Governor Whitmer gave her fourth State of the State address from the Detroit Diesel electric vehicle manufacturing plant in Redford. Throughout her speech, Gov. Whitmer highlighted the administration’s commitment to kitchen table issues (including water infrastructure) and bipartisanship.

Electric vehicle (EV) manufacturing and our state’s opportunity to become a central hub for advanced automotive technology also emerged as a core theme of the speech. Notably, Gov. Whitmer highlighted this week’s announcement that GM will invest $7 billion for EV innovation and manufacturing in four separate locations across the state. She also announced her plan to incentivize EV purchases by providing Michigan residents a $2,500 EV rebate to help cover the costs of purchasing an electric vehicle and installing in-home charging stations. 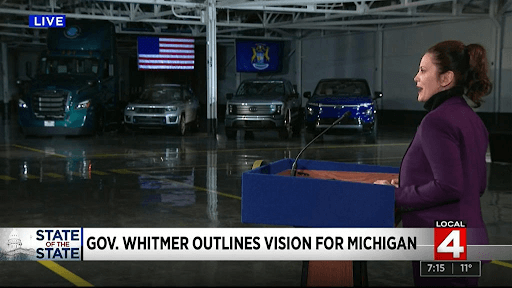 Michigan LCV applauds the Governor’s commitment to ensure Michigan is seen as a leader in the efforts to decarbonize our transportation sector, and to keep clean water as a central issue of her platform. We are excited to continue working with Governor Whitmer and the legislature to secure bold scale water infrastructure (see: SB 565), clean energy, and advanced mobility investments in 2022!

On Wednesday, the Department of Environment, Great Lakes and Energy (EGLE) held the first of two listening sessions on Governor Whitmer’s Draft MI Healthy Climate Plan. While the draft Plan is an important first step in reaching a carbon-neutral economy by 2050, it must include concrete steps and specific policies to set MI on a course to reach our climate goals.

You can still make your voice heard at the second listening session, which will be held on Feb. 8 from 6 to 8 p.m. Additionally, you can submit comments in writing at any time by sending an email to [email protected]Michigan.gov; or send a pre-written, customizable message in seconds using the Michigan LCV template.

In a recently published study, Greenlink Analytics concluded that a transition to 100% clean energy by 2050, as outlined in the MI Healthy Climate Plan, would create an average of 3,300 new jobs per year while reducing emissions. The study also concluded that a clean energy future could also result in cost savings between $15 billion and $36 billion per year as compared with our current baseline.

Nichole Biber spoke in opposition to the resolution on behalf of the Anishinaabek Caucus, “There are already ways to avoid and reduce conflicts, management does not mean killing.” Wolves are an apex predator and keystone species; in that critical niche role scientists have documented their cascading impact on maintaining ecological balance in natural systems. While the number of wolves in Michigan is unknown, experts assume there to be more than 700.  What is less known is what number represents an ideal, healthy, and sustainable population for the territory in which they occupy. So far, there have been no documented attacks on humans, and threats to livestock and dogs have been rare.

Through January 31, you can take the DNR’s Public Attitudes Survey to weigh in on Michigan’s Wolf Management Plan as it is reviewed for update. Learn more about why our 12 federally recognized Michigan tribes and many others are calling for co-existence; and get guidance about the survey provided by animal advocates. 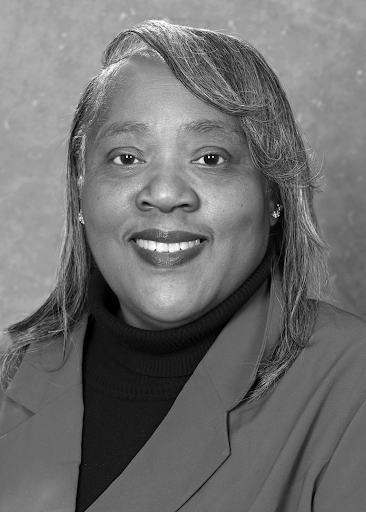 In this week’s scorecard highlight, we will be showcasing Sen. Betty Jean Alexander (D-Detroit).  Senator Alexander is among the best of the best conservation and pro-democracy lawmakers – she has both a session and lifetime score of 100%, and is a champion of water affordability!

As a state senator, Sen. Alexander has sponsored important legislation to hold corporate polluters accountable and increase transparency with contaminated site clean-up, ensuring absentee voting rights statewide, and has been a leader on clean drinking water for Michigan residents!

To learn more about Sen. Alexander and her voting record, or to check your own lawmaker’s score, check out our digital scorecard!