On Monday, the Department of Energy, Great Lakes and Energy (EGLE) hosted the final listening session on the MI Healthy Climate draft plan, with a specific focus on environmental justice. While the draft plan represents a start, Michigan LCV wants to see more concrete steps in the near term, and more ambitious goals over the long term.

John Petoskey, an attorney with Earthjustice and an enrolled citizen of the Grand Traverse Band of Ottawa and Chippewa Indians who grew up on his tribe’s reservation, weighed in on the environmental justice concerns at the meeting. In a statement made to Michigan LCV, he said:

“An effective Michigan Healthy Climate Plan would, at minimum, detail actual regulatory changes the State will undertake to promote climate justice, prioritize cooperation with Tribes and tribal people who know their homeland best, and detail plans to remediate the harm that climate change has already caused to environmental justice communities. Participation from the public is key – and we need the movement for climate justice to mobilize to make this plan what it should be.”

While the listening sessions are over, the public comment period remains open until March 14. You can submit comments in writing at any time by sending an email to [email protected] (here is some messaging guidance); or send a pre-written, customizable message here.

DTE Energy recently proposed adding an additional fee and further cutting bill credits for customers with rooftop solar in its most recent rate case before Michigan’s PSC. If approved, this new, arbitrary fee could cost participants an additional $100 per month, and would slash bill credits by as much as half for future residential customers.

On Thursday, the Senate Finance Committee passed SB 727 out of committee. This bill would extend the sunset period for the home heating tax credit, which helps low income Michiganders pay their energy bills. Unfortunately, the bill failed to increase dollars available for energy efficiency. At a time when much more money is available for energy assistance, Michigan LCV supports matching other states to spend 15% (above our current 3%) of these dollars on weatherization in order to improve the safety, health, comfort, and energy efficiency of Michigan homeowners.

MLCV’s Legislative Aide, Hallie Fox, testified before the House Committee on Health Policy in favor of House Bills 5413–5421 & 5423, a bipartisan bill package collectively known as The Lead Poisoning Prevention Act. The act, if passed, would require medical professionals to have continuing education on lead poisoning, lower the threshold for elevated blood levels in children to reflect established medical standards, and require home sellers and landlords to provide a certification that a home does not have lead paint.

In her testimony, Hallie underscored the importance of the pending legislation: “Toxic lead contamination continues to affect thousands of Michiganders, and the bills before you will protect public health by reducing exposure and strengthening our existing care programs for affected Michiganders.”

Professor Julia Cole, a climate scientist at the University of Michigan, was invited to talk with John King last week about two new alarming climate reports: a federal report that shows sea levels could rise a foot by 2050; and a report by the National Oceanic and Atmospheric Administration (NOAA) that says the “megadrought” affecting the south and western United States and Canada is the worst in 1,200 years. 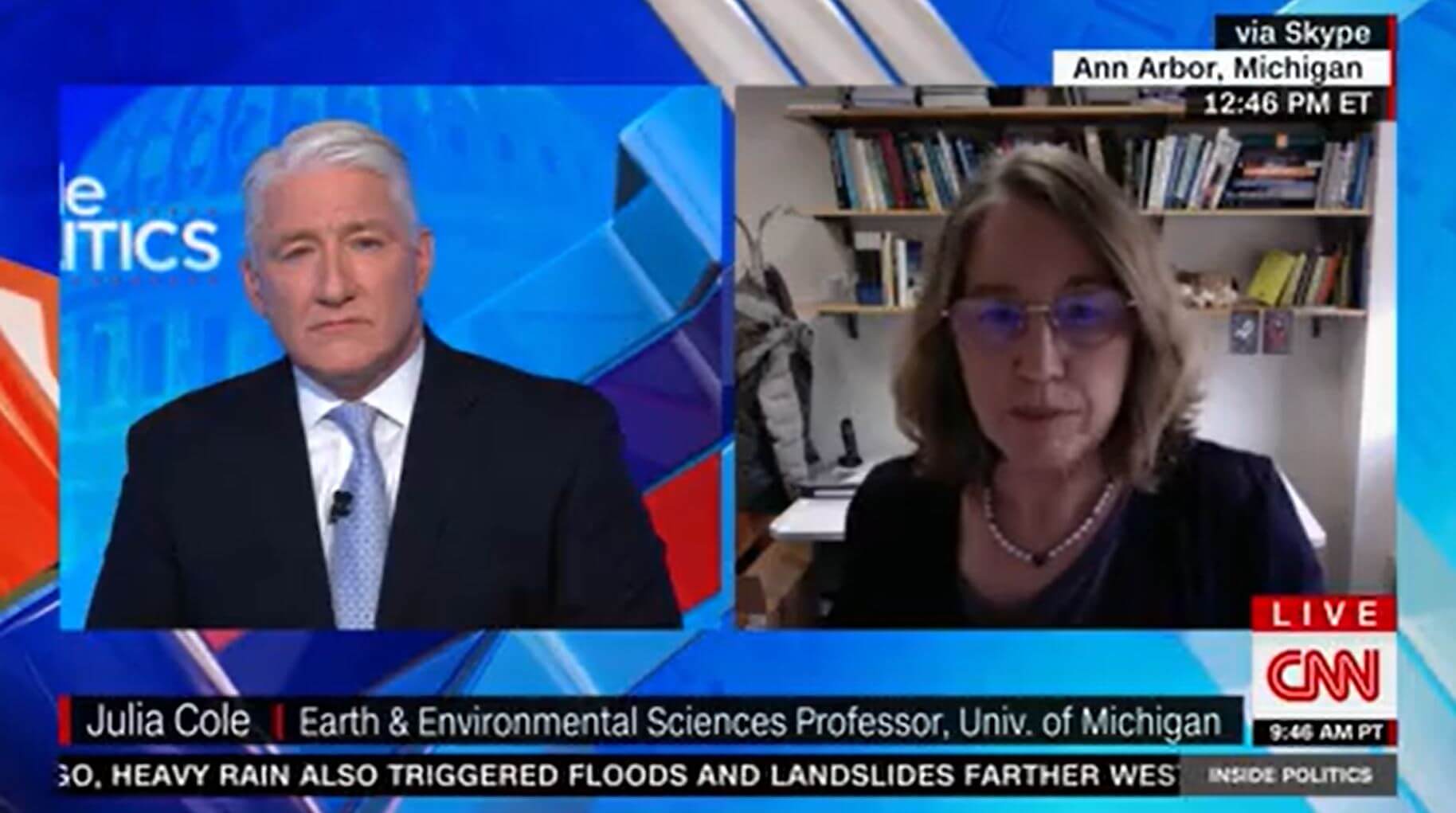 In talking about the new reports and the climate crisis, Julia said:

“It’s just beyond alarming. I think people who are saying we are overhyping or exaggerating climate change have their head in the sand. In terms of the record breaking anomalies and the damage done, it’s really clear – and virtually 100% of climate scientists agree – this is a major problem and is getting worse very rapidly. Anyone who experienced some of the big storms of the past year are starting to get a feeling for what that looks like.”

We are is fortunate to have Julia on our Education Fund board, leading the charge and bringing attention to the rapidly accelerating climate crisis!  For analysis on the megadrought and how water scarcity might affect Michigan and the Great Lakes moving forward, we encourage you to check out this week’s edition of the Washington Weekly, our federally-focused newsletter.