On Wednesday, Gov. Gretchen Whitmer unveiled her record-setting $74.1 billion budget proposal for FY 2023 — a 10% increase from last year. Her budget recommendation comes at a time when the state has over $7 billion in state budget surplus from last year, and more in federal relief funds.

The Governor’s budget recommendation marks the start of what is typically a lengthy process in finding a final budget compromise with the two legislative chambers. Gov. Whitmer’s announcement officially kicks off these debates, and allows her office to showcase her key priorities. Among the key priorities highlighted in her recommendation are provisions to fund electric vehicle development, talent retention, education and manufacturing, and clean drinking water.

The Governor’s budget is focused on education and workforce development, but here are some key environmental items listed in the Governor’s proposal:

These proposals represent a real investment in Michigan’s drinking water — lead and PFAS contamination, drinking and wastewater facilities, etc.  It is imperative that the Governor and legislature work together to move these funds in and alongside Senate Bill 565 which is poised to deliver $3.34 billion to drinking water protection and infrastructure to address our water needs at scale. 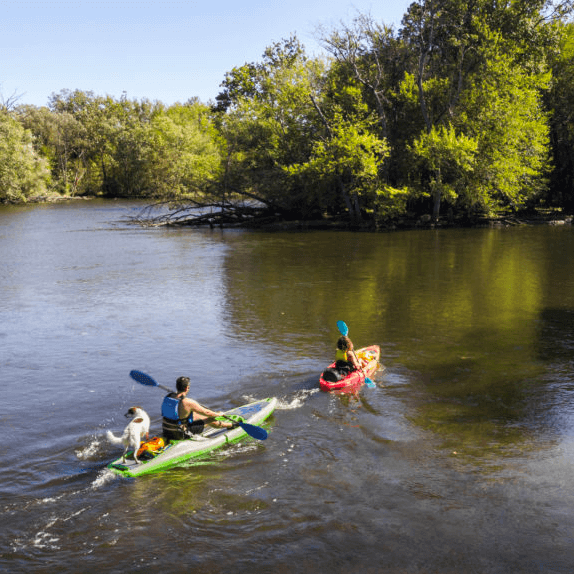 Sen. Sean McCann and Rep. Julie Rogers (D-Kalamazoo) introduced two pieces of legislation to protect inland lake bottomlands (SB 813 and HB 5661 respectively). The bills would give the Department of Natural Resources the power to order an owner of a lake bottomland structure to remove or repair the structure if it poses harm to natural resources or public health. Read more here. 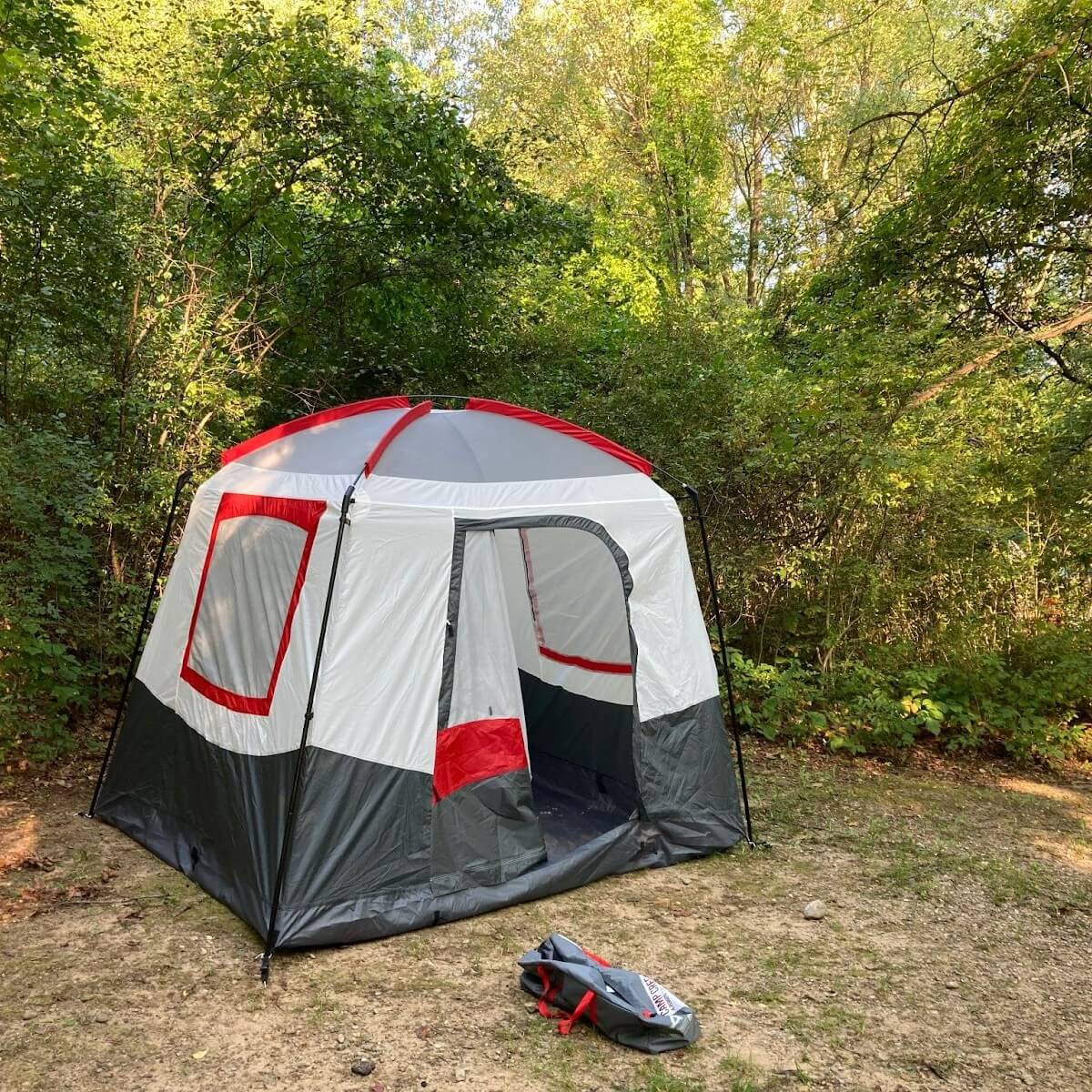 Sen. Irwin Sponsors Bill to Get PFAS Out of Camping Tents

On Wednesday, the Senate Regulatory Reform Committee referred SB 632, sponsored by Sen. Jeff Irwin, out of committee. This bill, if passed, would remove unnecessary fire resistance requirements for camping tents sold in Michigan — many of which contain harmful PFAS chemicals — in favor of nationally approved standards.

On Thursday, climate advocates and volunteers from Michigan United gathered in Lansing to call on House Energy Committee Chairman Rep. Joe Bellino to stop blocking HB 4236 on behalf of DTE and Consumers Energy. The bill would lift Michigan’s arbitrary 1% cap on distributed generation rooftop solar energy. Michigan United presented Rep. Bellino’s office with a valentine from DTE and Consumers Energy asking him to “Be Mine.”

Throughout his time in office, Chairman Bellino has taken at least $78,000 from Michigan’s major utilities and other utility special interests, including a free golf outing with DTE executives which is currently under investigation by state officials for violating campaign finance laws.

As part of our ongoing efforts to hold lawmakers accountable, Michigan LCV has produced a number of advertisements highlighting Rep. Bellino’s sweetheart relationship with utilities and fossil fuel special interests. Read more about the campaign here. 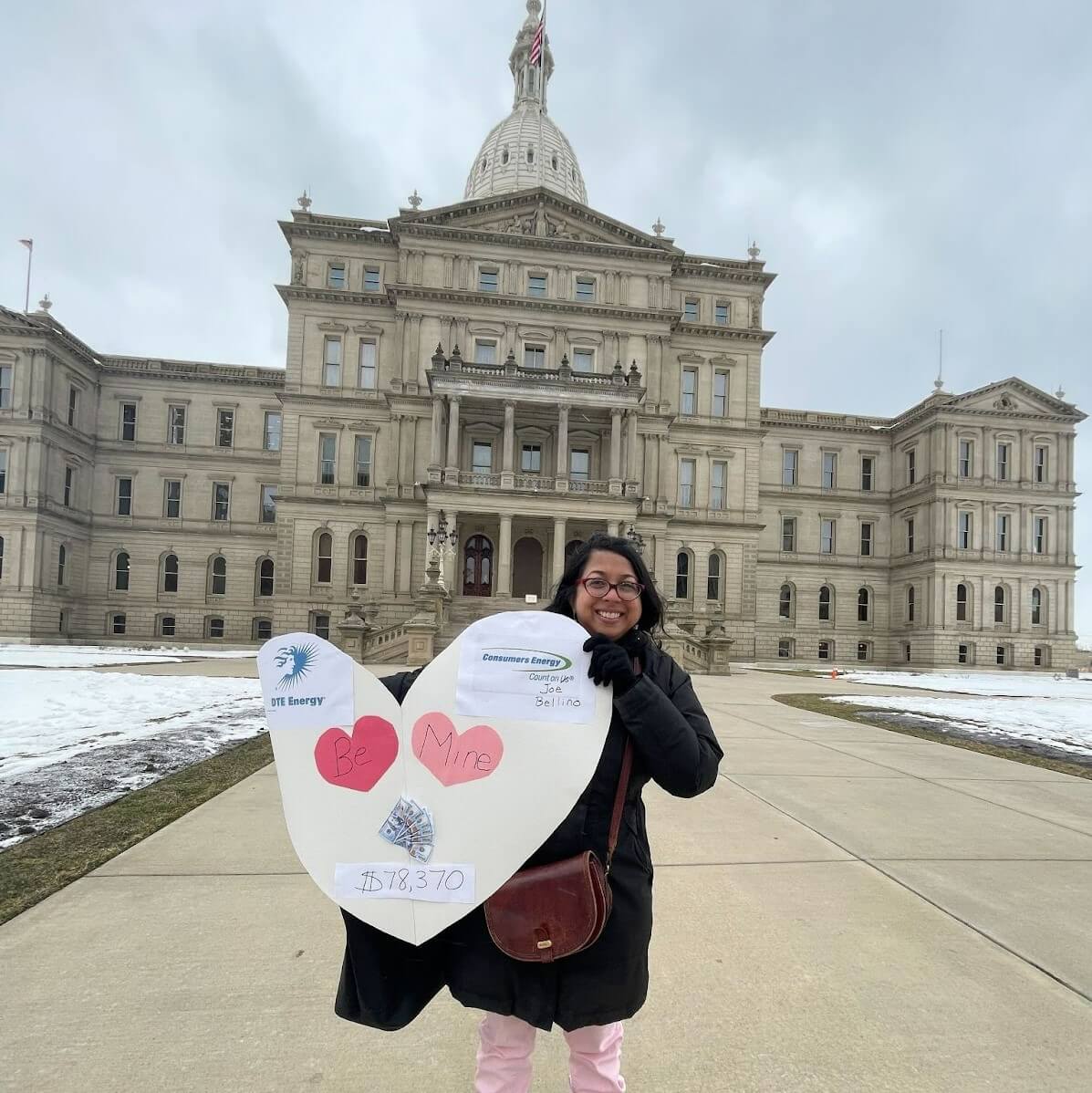 This week, a California federal judge ruled that protections for gray wolves must be restored, reversing a Trump Administration decision to remove them from the list of endangered species. In January, the House Natural Resources Committee voted to advance Senate Concurrent Resolution 7, sponsored by Sen. Ed McBroom (R-Vulcan), which urged the Natural Resources Commission and the Dept. of Natural Resources to authorize an annual wolf hunt. The order on Thursday means that two state laws governing the ability to kill wolves preying on livestock, pets and hunting dogs have been immediately suspended.

As part of our ongoing commitment to holding decision-makers accountable for their record on conservation and democracy issues, Michigan LCV maintains an accountability suite featuring our legislative scorecard to track how each lawmaker has voted on key environmental priorities each session, How Green is Your Governor, How Green is Your Attorney General, and our judicial scorecard, Green Gavels.

This week, we will be showcasing the Attorney General Dana Nessel, who has a lifetime “A” rating on conservation issues!

By successfully defeating Ammex’s lawsuit, AG Nessel ensured one of the largest gas stations in Detroit will be held accountable for releasing dangerous air pollution into vulnerable communities, which have a higher risk of air pollution-caused health problems, including asthma.

Thank you AG Nessel for your tireless work protecting the health of Michigan’s citizens and your continued efforts as a conservation champion!