The August 2 primary saw voters across the state turn out to make their voices heard. More than 2 million voted – solid turnout in a year with only one contested gubernatorial nomination – as voters began answering critical questions about Michigan’s future.  Michigan LCV’s 2022 pre-primary endorsed candidates had an outstanding night! In the first statewide election since newly-drawn districts created through Michigan’s independent, citizen-driven redistricting process took effect, 51 out of 52 Michigan LCV-endorsed candidates won their primary races, setting the stage for the November 8 general election.

A notable victory for climate and conservation was Jennifer Hill’s success in the 109th House District. Hill – a vocal opponent of Line 5 and self-described “environmental enthusiast” –  campaigned on her 30 years of professional work on water quality issues in the Upper Peninsula and her commitment to climate action in her community. Michigan LCV was not only proud to endorse an environmental champion like Hill, but delighted to send staff and volunteers to Marquette to hit the doors! (see photo). 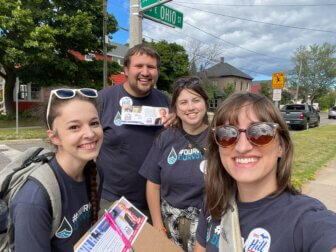 The top of the ticket also became clear as Tudor Dixon emerged from the field of five Republicans. Dixon is the first GOP nominee for Governor in Michigan, and the matchup is Michigan’s first ever all female gubernatorial campaign. In her acceptance speech, Dixon served up a buffet of attack themes and campaign lines for her supporters – criticizing Governor Whitmer on her pandemic response and energy policy, as well as blaming her for global inflation and much more. While we expect the laundry list of attacks to be ironed down, the speech was a preview of the general election fight to come.

Last week, Tribar Chemical – the company primarily responsible for the PFAS crisis in the Huron River – again contaminated the river and ecosystem when some 10000 gallons of a Hexavalent Chromium solution was discharged into the river near Wixom. Hexavalent Chromium is toxic and a known carcinogen, leading to public health official warnings not to drink or touch the water. Last week’s spill is yet another example of corporate polluters repeatedly contaminating Michigan’s waterways. Lisa Wozniak, executive director at Michigan LCV explained this spill is “a stark reminder that who we elect in November matters.” Read her full statement here.

In our largest coordinated campaign effort yet, Michigan LCV – along with volunteers from across the state – supported pro-conservation candidates by canvassing over 2,000 doors in key races. In addition to quality conversations with voters, we delivered tens of thousands of dollars in PAC contributions, executed volunteer phone banks, and worked with candidates on issue-based messaging guidance and issue education. 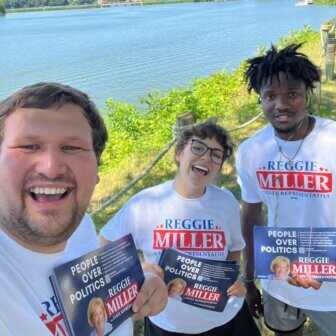 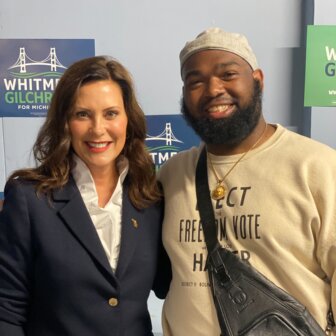 Michigan #1 in the nation for energy job growth.  Michigan added 35,463 energy sector jobs from 2020 to 2021. MI’s job growth boosted total energy jobs in the state by almost 10%.  Our 393,207 energy workers represent 5% of all U.S. energy jobs and 9.5% in the state. “When we invest in the future of mobility and clean energy and face climate change head-on, we can create tens of thousands of jobs, build prosperity in every region of our state… I will work with anyone to keep growing Michigan’s economy and energy sector.” said Governor Whitmer.