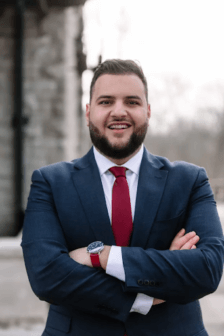 As the Dearborn Heights city clerk office began the process of counting ballots on August 2nd, Dearborn poll centers and surrounding areas lost all power. The power outage lasted from 8:30pm until past midnight, preventing ballots from being counted in a timely manner and forcing race results to be postponed. The outage impacted thousands of Dearborn homes. “People freaking out because nobody knows who is winning or losing”, Farhat told Michigan LCV.

Farhat emphasized the importance of reliable power in Michigan citizen’s faith in election processes. Power outages, like this one, could indirectly increase voters’ suspicions in the validity of poll results.

This was the Dearborn area’s fifth power outage within the last two weeks. Farhat suggested the need for “more resilient, more aggressive infrastructure that is going to incorporate the benefits of renewable resources” to ensure this does not happen again. In turn, this will reduce Michigan’s dependence on fossil fuels which is detrimental in achieving Michigan’s climate goals.

DTE’s IRP will outline the plan for energy resources for 2022-2032, making the plan a crucial part of reaching decarbonization goals outlined in the MI Healthy Climate Plan. Farhat wants to see DTE be more aggressive in their next Integrated Resource Plan (IRP), scheduled to be reviewed before the Michigan Public Service Commission (PSC) in late summer. He explained that there needs to be more investment in incorporating renewable resources like solar and wind energy to reduce grid vulnerability, mitigate the rising costs of oil and gas, and international fossil fuel providers.

“These smart, forward-thinking investments in clean energy, such as expanding access to rooftop solar panels and battery storage, will make a real difference in the lives of Michiganders.”

Take Action! Click here to read more about why this IRP matters and to urge DTE to accelerate the implementation of clean energy solutions and build a healthy future for Michigan >>>

Governor Whitmer announced last week that efforts to replace outdated lead service lines in Benton Harbor are ahead of schedule and that 80% of old lines have now been replaced with copper lines, which will help ensure access to clean, safe drinking water.

— Ford strikes deal with DTE to go carbon-free in Michigan

Announced last week, the deal will see Ford purchase carbon-free electricity through DTE’s MIGreenPower program, allowing the automaker to transition all of its Michigan assembly plants to 100% carbon-free power by 2025. 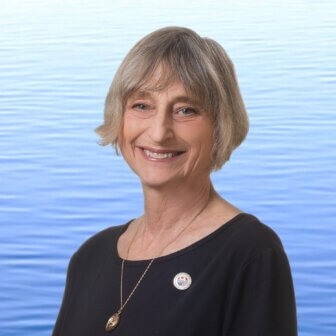 Out of the 148 total seats available in the legislature, the percentage of seats held by women has historically been lower than the percentage of Michigan’s 50.4% female population, according to the 2021 US Census. Proportionate representation in the legislature would have women in about 74 to 80 of the seats available, yet the most women in Michigan legislature seats was 53 in 2008, according to the Center for American Women and Politics.

This year’s general election is an opportunity to elect the highest number of female legislators in Michigan history. Out of the current 109 female candidates, up to 65 have realistic potential to win their races – making this a crucial year for Michigan women to gain representation in government.