Recycling Laws Pass House, Will Help MI Recycle 45% of Waste by 2032
HB 4454-4461, a package to rewrite Michigan’s solid waste laws to encourage the buildout of recycling infrastructure, passed the House this Thursday with overwhelming support. The bi-partisan package, led by Rep. Gary Howell (R – North Branch) and Rep. Bill Sowerby (D – Clinton Township), would set Michigan on track to recycle 45% of our waste by 2032. Currently, Michigan’s recycling rate hovers around 18%, which is well below the national average.

The bills give communities a say in preventing the siting of new landfills, increase fees on landfill owners and waste haulers, set new standards for coal ash landfills, and allow the Department of Environment, Great Lakes, and Energy (EGLE) to increase inspections at solid waste facilities. All of the bills aim to decrease the amount of trash that is disposed of in Michigan landfills and limit harmful pollution that may originate at waste disposal sites.

Prior to the vote, Rep. Howell, who also serves as the Chairman of the Committee on Natural Resources and Outdoor Recreation, told his colleagues:

“There are relatively few times when we have an opportunity in this House of Representatives to enact an important legacy for our children and our grandchildren, and this is one of those times. This is our chance to preserve and enhance our Pure Michigan.” 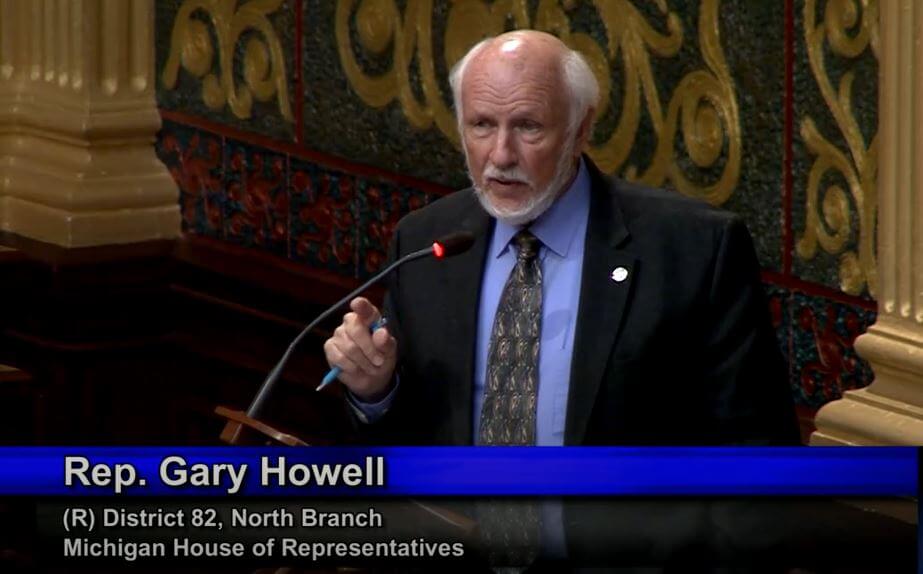 State Facilities to Purchase 100% Renewable Energy by 2025
This Earth Day, Governor Whitmer announced that state offices will purchase 100% of their energy from renewable sources by 2025. As part of the initiative, the Governor also announced that the state will undertake an inventory of solar installation potential at government-owned facilities across the state to deploy more renewable energy resources on state-owned land.
The move to transition state government energy usage to 100% renewables not only complements Governor Whitmer’s MI Healthy Climate Plan goal of reducing state building energy needs by 40% by 2040, but it also will directly contribute to job growth within Michigan’s clean energy sector.

Budget Week Breakdown: The Good, The Bad, and The “Particularly Silly”
This week, the budget conversation in Lansing heated up as the House and the Senate both released their spending proposals for 2021-2022. In an unexpected and unprecedented twist, the House made the decision to release quarterly budgets this year instead of the traditional, annualized budgets that the Senate and the Governor both recommended. The move confounded Lansing insiders, with the Governor’s Budget Director, Dave Massaron, commenting that the House’s approach this year was “particularly silly”. To further confuse matters, mid-week the House released a supplemental budget that included some important MLCV priorities.

Here’s a rundown of the good, the bad, and what we’re still watching in this year’s budget moving forward:

Check your Legislator’s Work with the Digital Accountability Suite:

We’re keeping our eye on what goes on in Lansing so we can keep you informed. Track your lawmaker’s progress on environmental legislation by using our accountability suite. Learn who values and acts to protect our land, air and water in our state government; hold elected officials accountable for their actions; and track decisions and legislation that impacts our natural resources and communities.

Go to the digital accountability suite >>>