2022: A Big Year for Our Health and Environment

2022 was a big year at Michigan LCV. Together with the support of our membership, we celebrated win after win — and we aren’t slowing down as we head into the new year.

Take a look back at some of our biggest wins for Michigan’s land, air, water, public health, and democracy in 2022.

These projects are funded using $3.1 billion in federal COVID relief, $1 billion from the Infrastructure Investment and Jobs Act (IIJA), and $571 million from the state’s General Fund.

These historic, transformational investments will strengthen our economy, pave the way for healthy, vibrant communities, and ensure all Michiganders have access to clean, safe drinking water. 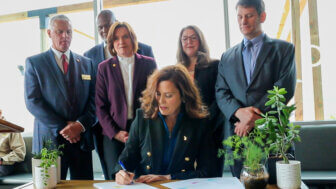 Michigan LCV played a major role in the 2022 election — spending more than $4 million, knocking hundreds of thousands of doors, and talking to thousands of Michiganders to elect environmental champions. Our efforts paid off big time with 86 of our 95 candidates winning their races. Entering 2023 with a conservation majority means we have a huge opportunity to pass clean energy legislation in the Great Lakes state and take real, concrete climate action. 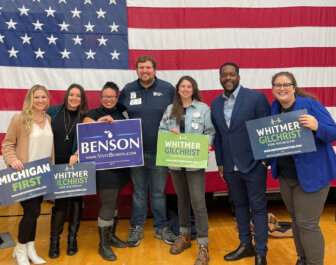 In June, the EPA announced they were updating the health advisory levels for toxic PFAS chemicals found in our drinking water from 70 parts per trillion (ppt) to .02 ppt for PFOS and .004 ppt for PFOA, formally establishing that no amount of PFAS is safe for consumption.

The EPA also set lifetime health advisory limits for GenX at 10 ppt and PFBS (perfluorobutane sulfonic acid) at 2000 ppt. The advisory for Genx establishes that newer forms of PFAS are not safe and pose threats to our health and drinking water.

This new advisory sets a strong standard for drinking water testing and provides guidance to local agencies to better protect our communities’ health.

In April, Governor Whitmer and the Council on Climate Solutions released the final MI Healthy Climate Plan — Michigan’s boldest climate action agenda in history. This Plan lays a framework for closing coal plants, reaching 60% clean energy by 2030 and 100% by 2050, building out electric vehicle charging infrastructure necessary to support 2 million EVs by 2030, and so much more. You can learn more about the details of the plan here. Governor Whitmer is taking bold action on climate — and with the newly elected conservation majority in the State House and Senate, we have a huge opportunity to bring this plan to life with strong climate legislation in 2023. 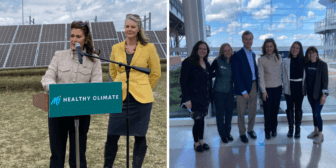