Every fiscal year, Michigan’s elected officials must work together to pass a state budget. This process can be contentious and is typically opaque, and final budgets are often the best indicator of Lansing’s priorities.  Michigan LCV has focused on ensuring adequate appropriations are made to combat the water quality issues that plague our state, like PFAS and lead contamination. 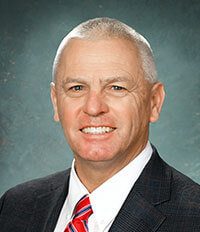 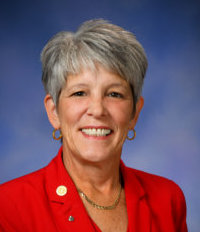 Sen. Jon Bumstead (R-, Newaygo) has demonstrated leadership on Michigan LCV’s top legislative issues during the budget process. As vice chair of the Senate Appropriations Committee, and chair of the Natural Resources & Environmental Quality Appropriations Subcommittee, Sen. Bumstead was transparent in his support for clean water from the beginning and maintained his support for a new $120 million investment in water quality appropriations. Senator Bumstead worked in a bi-cameral and bi-partisan fashion winning the support of House Chairwoman Rep. Sue Allor (R, Wolverine), and near unanimous legislative support for the EGLE budget (Department of Environment, Great Lakes, and Energy). We applaud Sen. Bumstead and Representative Allor for not only recognizing the importance of protecting one of Michigan’s most valuable resources, our water, but for facilitating buy in from colleagues, and seeing a major funding boost across the finish line. The $120 million includes $40 million for PFAS remediation, $30 million for the drinking water revolving loan fund, $7.5 million for private well testing and additional dollars for other key programs to protect drinking water in communities across the state. Of the $120 million, $15 million was initially earmarked for municipal airports and was vetoed by Governor Whitmer, but the funding was restored by supplemental recently as the budget impasse broke (this time with $4 million earmarked for municipal airports).

Take Action to Protect Our Water