Michigan is the birthplace of the American automobile, but over time foreign competition, financial downturn, and global economic forces have chipped away at Michigan’s dominance, leaving factories abandoned and too many Michiganders without quality work. 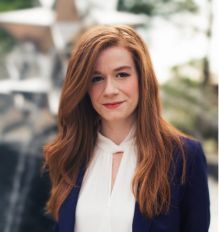 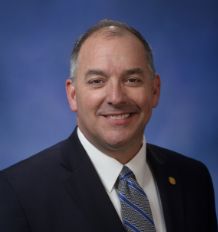 Detroit’s largest automakers have rapidly escalated plans to electrify their vehicle fleets in the years ahead. Why? Because electric vehicles are increasingly cost-effective, practical, and in-demand. And because the American automotive industry understands that if it does not adapt to a changing world, it will get left behind in a competitive global marketplace. More, as innovation and integration of the electric grid, battery storage, and advanced and autonomous vehicles move forward the economy is on the cusp of an electric power revolution. EV’s, with their large batteries, sit at the nexus between the next generation of advanced mobility and the electric grid. This promising scenario would enable the United States to continue to wean itself off of foreign oil while decreasing air and climate pollution in a cost-effective manner.

“Michigan built the American automotive industry, but it’s an industry that’s changing more rapidly now than any other time before. No other state has the history, talent and capability to design and build the next generation of electric vehicles, but we need to have the infrastructure in place to support that development,” Sen. McMorrow said. “These bills encourage our state to create a collaborative and coordinated plan, working with private companies, small businesses, utilities and various state departments to build out the state’s electric vehicle charging infrastructure, making Michigan the first fully networked state.” Rep. Joe Bellino said on the benefit to businesses, “This electric vehicle legislation would preserve good automotive jobs as the industry continues to shift, reduce taxes on businesses and encourage those who stop to charge vehicles to put dollars back into our local economies while they wait. This bill gets it done for Michigan residents and our state as a whole.”

HB 4786 and SB 406 would create the Michigan Electric Vehicle Infrastructure Council, consisting of nine members appointed by the governor with expertise in economic development, energy, transportation, infrastructure, utilities, and the environment. The Council’s purpose is to develop plans, policies and standards for statewide charging infrastructure, to increase public awareness, and otherwise encourage the adoption and promote the use of electric vehicles in the state.

HB 4787, SB 407, HB 4788 and SB 408 would allow MDOT and the DNR (respectively) to install or enter into lease agreements for the installation of EV charging stations at public park and rides and parks, which would decrease range anxiety that is commonly given as a reason for consumers not to make the switch from gas to electric. Just like gasoline stations, the more charging stations the better for driver convenience.

HB 4789 and SB 409 would create a tax credit for taxpayers who install publicly accessible EV charging stations on their property. If enacted, these bills will help position Michigan as the center of electric vehicle innovation and adoption, just as we were once the center of traditional automobile innovation.

Finally, electric vehicles are powered by electricity, which as an energy source, is cleaner and cheaper than conventional gasoline. Even when the electricity comes from the dirtiest coal-dominated grid, EVs still generally produce less hazardous air pollution and climate changing carbon emissions than conventional counterparts, and with fewer tailpipe emissions (or none at all).  EVs will continue to get cleaner as renewable energy is added to the grid.  EVs are practical; 42% of US households have access to a standard outlet that they can use to charge electric vehicles right now and many have commutes that wouldn’t even require a recharge.  Doing so would save drivers billions in fuel costs and greatly reduce the amount of carbon pollution produced by the transportation sector. In fact, widespread adoption of electric cars and trucks could save 1.5 million barrels of oil a day by 2035.

How do your Lawmakers stack up?