Lwam almost couldn’t help growing up with an interest in the environment.

Being from Seattle,” she explains, “it’s kind of an assumption that everyone is interested in and engaged in the environment.”

This Seattle native is now living in Ann Arbor while her husband is in medical school at U of M. 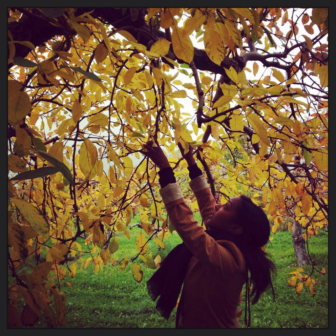 But being brand new to Michigan hasn’t stopped her from making herself at home and getting involved in her new community and her new state.

“Since we’re gonna be here for a while, I really wanted to try to find a way to connect to the community and meet people from here and people who cared about it, the area, both to make friends and to engage and make it more my home.”

Growing up, there was a lot that pushed Lwam to start thinking about the problems facing our environment.

From Seattle’s strong local food culture to being surrounded by beautiful mountains and beaches to the important lessons she learned from her parents.

“My family immigrated here in the early eighties from Northeast Africa, and they instilled in us just sensibility of not wasting anything, because of where they came from. And they were both very politically engaged and wanted us to understand how we got to the point that we are and for us to not take any of it for granted, the freedoms we were permitted, the resources that we had access to.”

These lessons about taking care of what you have and our responsibility to stand up for what’s right shaped Lwam throughout her childhood.

That’s why by the time she was in high school—and first learning about the big threats facing our planet—she became incredibly worried about the growing hole in the ozone layer she heard about on the news. These big problems were enough to inspire a little pessimism even in a teenager like her, but that wasn’t enough to make her give up.

Getting involved… but not fitting in

Wanting to have a positive impact, even a small one, on the health of our planet, Lwam spent a summer working at an environmental education center in the middle of 255 acres of old-growth forest.

But, while she really loved working there, she often found herself feeling a little out of place.

I’m such a city person and I’m not very outdoorsy, and I don’t like camping, and I don’t really do any of those things.

It was really hard because everybody who was there had clearly been interested in being outdoors and being in the cabins and camping outside and really getting into it and hiking.

Everybody had all this equipment and gear and clothing, and that’s just not something I enjoy. I never have, and I’ve tried to in a lot of ways.”

Lwam worries that some people might perceive her as inauthentic for being “interested in environmental issues and not wanting to be physically getting dirty and doing all of those things,” but she strongly believes that being outdoorsy is in no way a requirement for caring about the environment.

It’s only that a lot of people perceive it that way, and that makes it hard for many people to get
involved.

It becomes really intimidating. It feels embarrassing to people who don’t have that interest and maybe won’t know about the local places to go and can’t recommend the newest hiking boots and whatever.”

“But I just don’t think that they’re one and the same. I think that having a respect for our environment and appreciating everything that we get from it and wanting to preserve it and understand that I have responsibility of taking care of it doesn’t have anything to do with whether I like camping, or hiking, or mountaineering.”

It’s all a matter of finding a way to fit in, a way to combine your interests with the environment, Lwam says.

I think there’s always a place, even if it doesn’t seem very obvious. There’s always an approach anyone can take if they’re interested.”

Lwam found her way to fit in when, looking for a way to get involved in the Ann Arbor community, she took a position as an intern at MLCV. 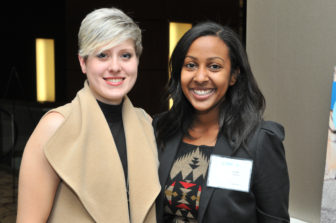 At that point, she was almost ready to throw in the towel, accepting that she would never really belong in “the general culture of environmentalists and the environmentally-minded.”

But getting involved with Michigan LCV offered her a new way of protecting the environment, no hiking boots required.

Since her internship, Lwam has been a part of a community of Michiganders who tackle the problems facing our land, air, and water from offices, neighborhood sidewalks, and the halls of the state Capitol.

More optimistic than ever

Often, when it comes to the environment, Lwam admits that like many people she tends to be “a little sad and pessimistic and an over-worrier.”

Every time she goes home to visit, it’s like watching a “time-lapse video” of startling changes to Seattle’s climate.

“I just worry about the livability of everywhere,” she says.

But something happened this summer that has Lwam feeling a lot more optimistic than usual.

The hole in the ozone layer over Antarctica that she was so worried about as a teenager has shrunk considerably, by about half the size of the United States. 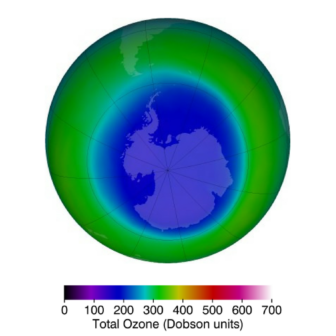 Scientists first discovered the connection between the chlorofluorocarbon gases used in aerosol sprays and refrigerator coolants and depletion of atmospheric ozone gas in 1974, but it took 13 years for the world to agree to phase out use of these chemicals.

It was only because people who saw a problem and were ready to work together to make the seemingly impossible, possible.

That just seemed unfathomable to me for most of my life.”

From healing the hole in the ozone layer to tackling climate change, Lwam has never felt more optimistic about our future.

“It just seems like we have the interest, we have the capabilities, we just have to find the right opportunity for everyone to contribute. Once everybody finds their role in it, including myself, it seems like there’s no way we can’t fix the harm that’s been done and go beyond it.”

No matter the issue, as long as we are willing to do the hard work of working together on these big problems, she’s sure we can solve them.

Michigan LCV is committed to connecting people like you and Lwam with the information, tools, and resources you need to fight for the clean air, land and water that have made our state a great place to call home.

Is hearing about Lwam’s experience as an intern with Michigan LCV making you consider pursuing an internship of your own? Check out our Jobs & Internships page right now to get started! >>