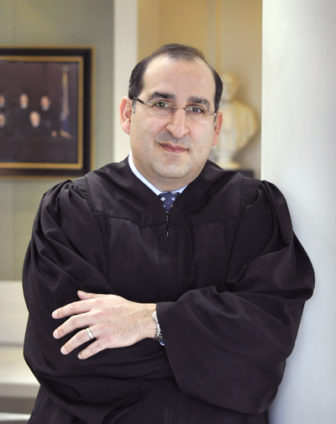 David F Viviano was appointed to the Michigan Supreme Court by Gov. Rick Snyder (R) in 2013 and was later elected to the court in 2016. He currently serves as Chief Justice Pro Tem. Justice Viviano earned his J.D. from the University of Michigan and his Bachelor’s degree from Hillsdale College. Before serving on the Court, Justice Viviano served as the Chief Justice of the Macomb County Circuit and Probate Courts and also served as the City Attorney for Center Line, MI. Previously, he worked at two nationally renowned law firms and opened his own law practice in Mt. Clemens, MI. Justice Viviano has received national recognition for testing jury reforms and has won an award in jury innovation. He has also been a proponent of transitioning the courtroom to an online platform, advocating for technological integration into judicial settings.