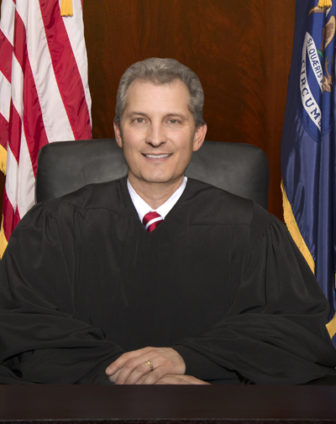 Justice Brian K. Zahra was appointed to the Michigan Supreme Court in 2011 by Gov. Rick Snyder (R) and was elected to a full term in 2014. Justice Zahra earned his law degree from the University of Detroit Law School, where he was a member of the law review and graduated with honors. He then clerked for U.S. District Court Judge Lawrence P. Zatkoff for the Eastern District of Michigan. He practiced at the Dickinson Wright law firm before Gov. John Engler (R) appointed him to the Wayne County Circuit Court in 1994. He was later elected to the Wayne County Circuit Court in 1996. Gov. Engler then appointed Justice Zahra to the Michigan Court of Appeals in 1998, to which he was elected to in 2000 and 2006. He served as the Chief Judge Pro Tem of the Michigan Court of Appeals from 2005 to 2007. Justice Zahra has been an active member of the Federalist Society and the Catholic Lawyers Society.

After Elections, Court Vacates Prior Decision to Protect AuSable Watershed

No Noneconomic Damages for Negligent Destruction of Property