Jerry is a very successful businessman, with a rich and varied career having created over $1,000,000,000 of shareholder value during his professional career. His experience includes: General Manager of Michigan CAT’s Engine Division from 1983 to 1987; founding Landfill Energy Systems in 1987, for which the EPA awarded this alternate energy company a certificate that declared that methane reduction achieved by its power plants was equivalent to taking 800,000 cars off of the road.

Jerry was also the CEO of Michigan CAT from 1988 to 2011; and Chairman and founder of Oak Adaptive, Inc. that provides software tailored to Caterpillar dealers, as well as an innovative sentencing app that provides information for use within the criminal justice system. Jerry is currently semi-retired and manages Rule of Ones, LLC an investment vehicle.

Jerry’s education is as extensive as his business career, having attended the University of Michigan from 1971 to 1973, and a member of the  Phi Eta Sigma honor fraternity. He graduated from Tulane University in 1975, 1st in class, summa cum laude with honors in economics, and a member of the Phi Beta Kappa honor fraternity.  Jerry also attended Harvard Graduate School of Business in 1976, and co-authored “Price Elasticity of Demand for Air Travel.”  Published in the 1976 fall edition of Transport Economics and Policy.  This paper informed Congressional debate when airline fares were deregulated.  It is still utilized as instructional material at the University of Chicago Economics Department.

Jerry is affiliated with a number of organizations, he is the Chair of Michigan Colleges Alliance, a group of 15 private independent colleges, Board member of Detroit 90/90 Schools. He was the Chair of the Michigan State Transportation Commission from 2010 until 2015; past Director of Warren Equipment Company, a Texas-based gas compression fabricator and Caterpillar dealer with revenues in excess of $1,000,000,000; Past Vice-Chair of St. Mary Hospital in Livonia; Past Trustee of the Michigan Nature Conservancy; Past President of the Michigan Construction Equipment Dealers Association.

Jerry is married with three children, two grandchildren and two stepchildren. He enjoys outdoor activities such as gardening, hiking, hunting, fishing, golfing, sailing and skiing. Jerry practices “eco-restoration” on several properties in Michigan; and owns and manages for bio-diversity and carbon sequestration over 43,000 acres of forestland in central Tennessee. 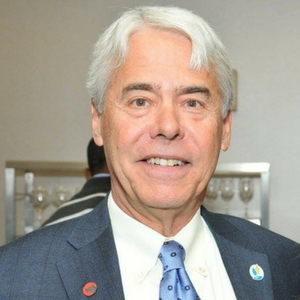